When They Do Their Own Thing 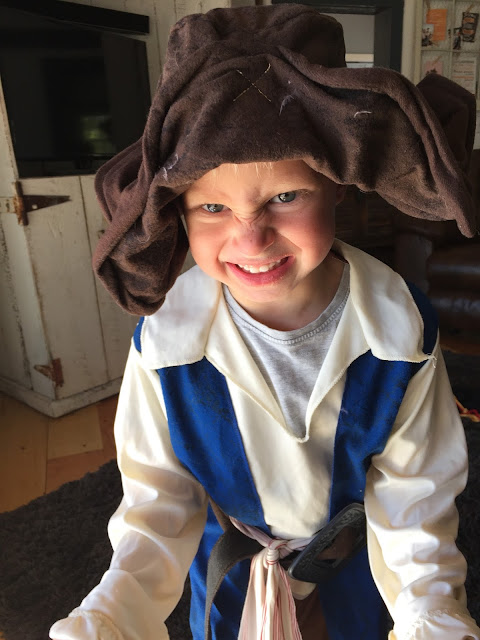 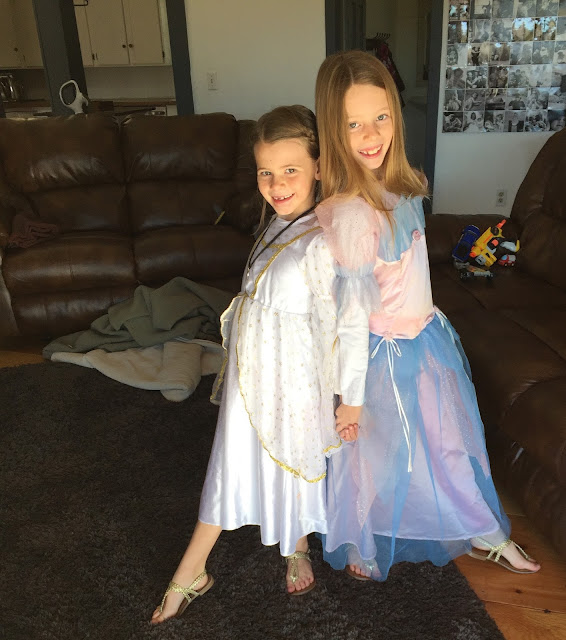 I will admit that I can get myself caught up in the pinterest world and I don't even realize I'm doing it.
Don't get me wrong, I love pinterest for a million reasons. It's given me ideas that I love and has helped me to solve many problems such as "how do I get marker off of everything in my house that my ambitious 2-year-old has so creatively put his mark on?"

This Halloween however, as I was looking for costumes for each of my kiddos online, my 10-year-old piped in and gave me the most brilliant idea ever__

"Hey Mom, let's just use what we have at home? I'm sure we can figure something out? After all, it's one afternoon of our lives and it's silly to spend the money when we already have stuff here."

Siah, when did you get so old??

We did pick up a few things at a thrift store in town a few weeks back, but other than that the kids came up with their own costumes this year, using whatever they could find around the farmhouse. 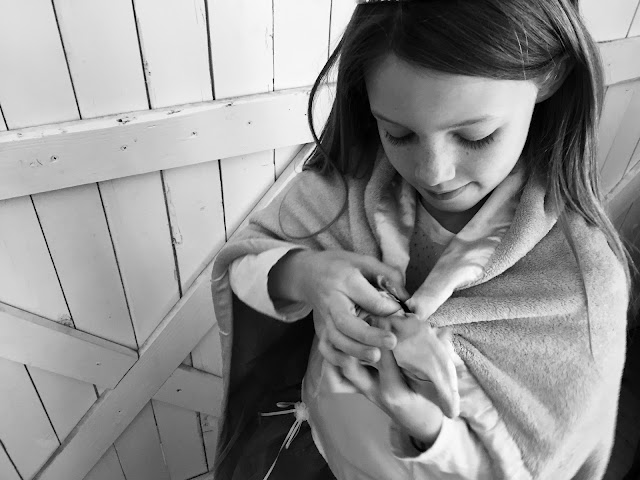 And then, our church announced that they were going to have a fall festival and that the kids could dress up as Bible characters if they wanted. And again my Siah said, "Let's just use the costumes we were already going to use and pretend we're somebody else." And everyone agreed.

I'm so glad these kids are as cool as they are. :)

So, the pirate became David for the afternoon.
The Swan Princess transformed herself into Queen Esther.
The Angel stayed an Angel.
And my Siah, who just wanted to go as himself, took off his cowboy hat and called himself Paul.

As for the littlest one,
He became a Pharisee, dressed in a ninja costume...
Not sure how that goes together, but that's how it went down.

Sometimes I find myself trying too hard in areas where my kids are really much happier just doing their own thing. They all LOVED their costumes this year and they were all so proud of themselves for coming up with all the details on their own. 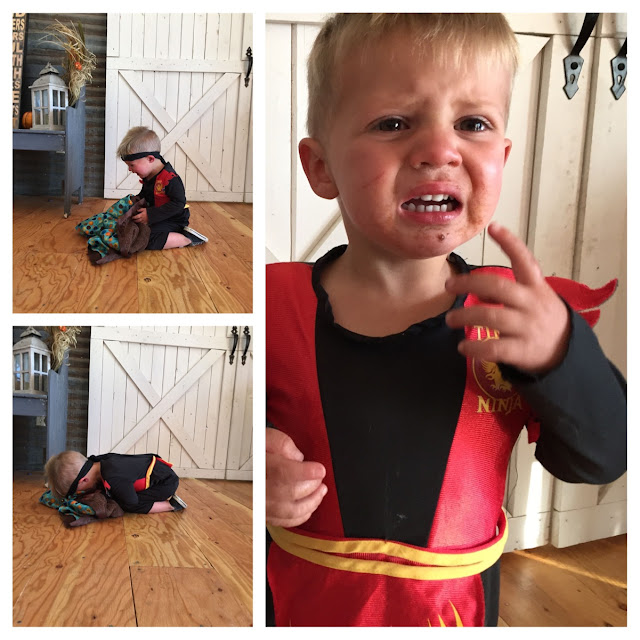 {I had to wake this monkey up to take him to the fall festival. Let's just say he was not happy about being a ninja.} 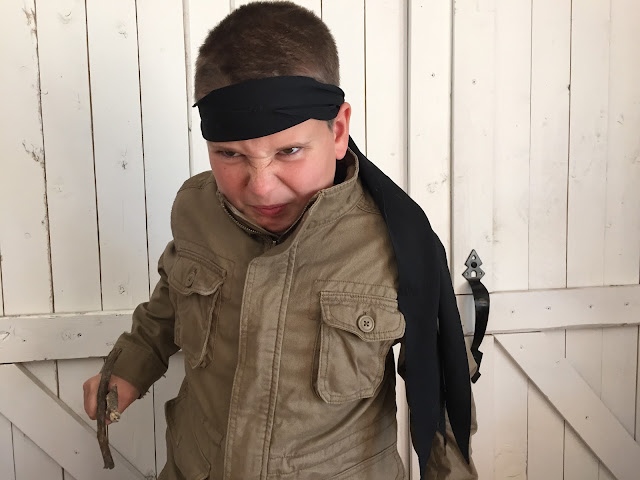 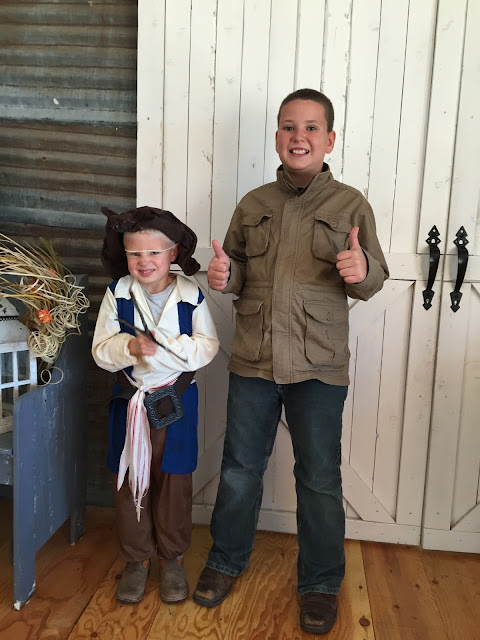 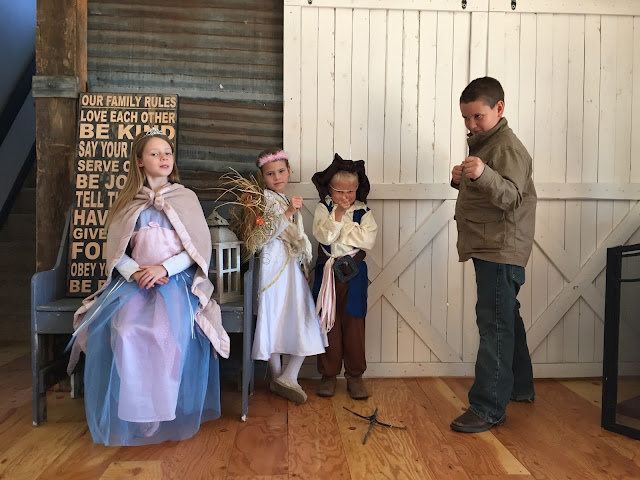 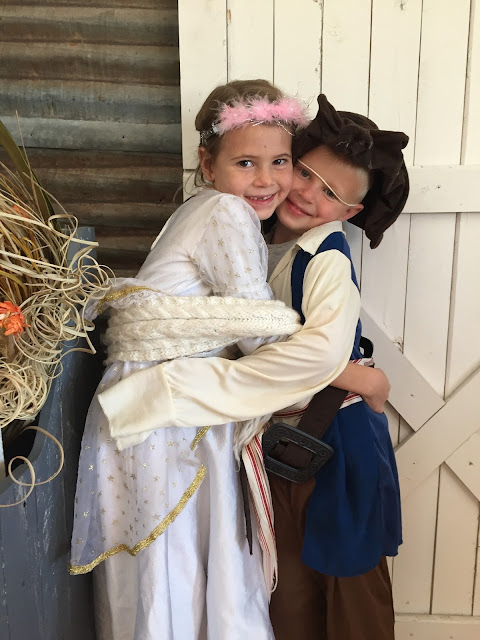 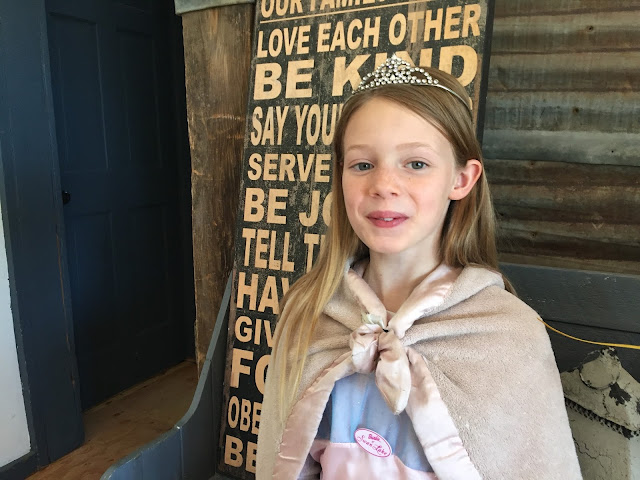 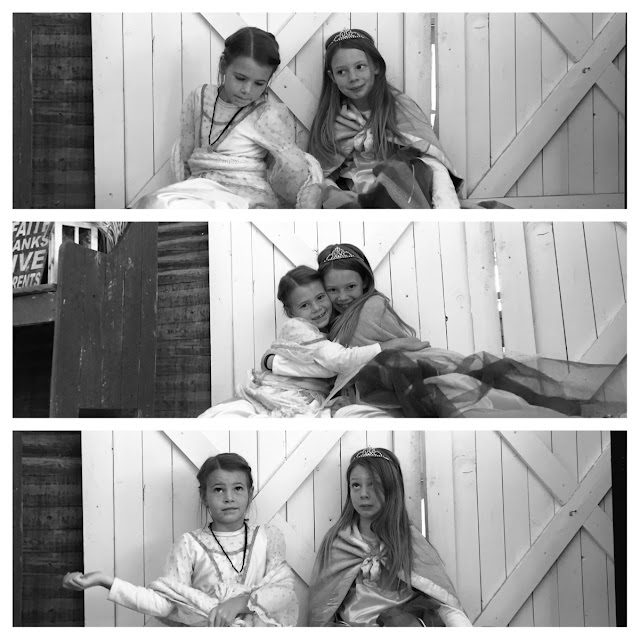 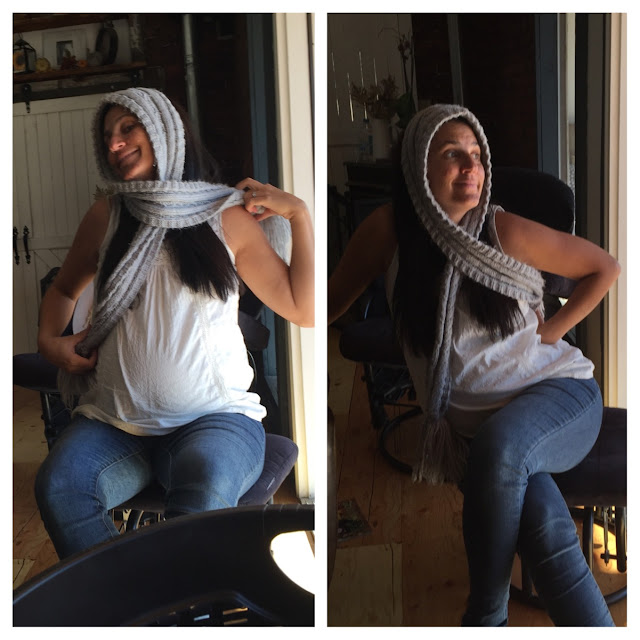 {They even dressed me up as Mary. Haha!} 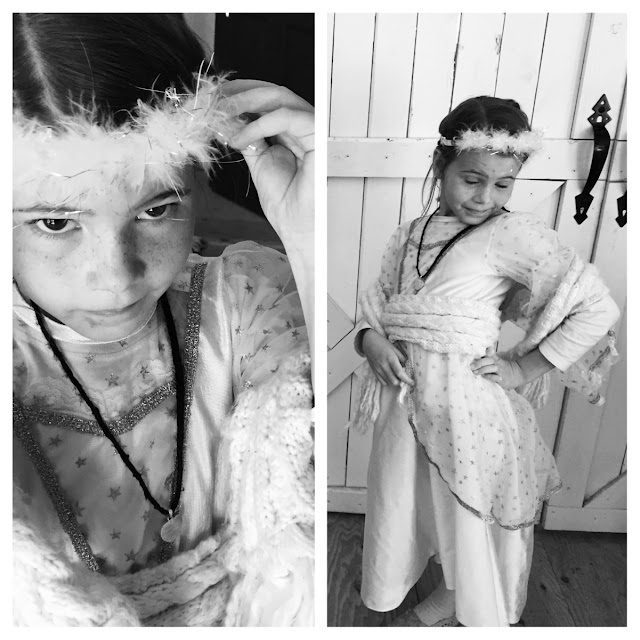 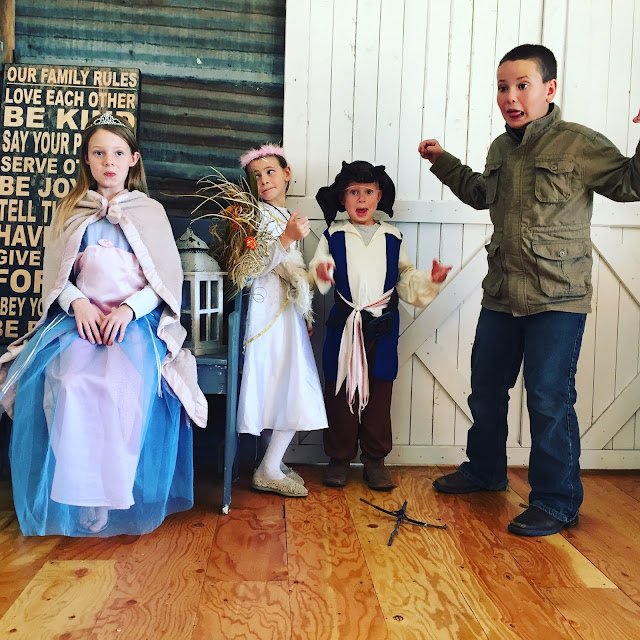 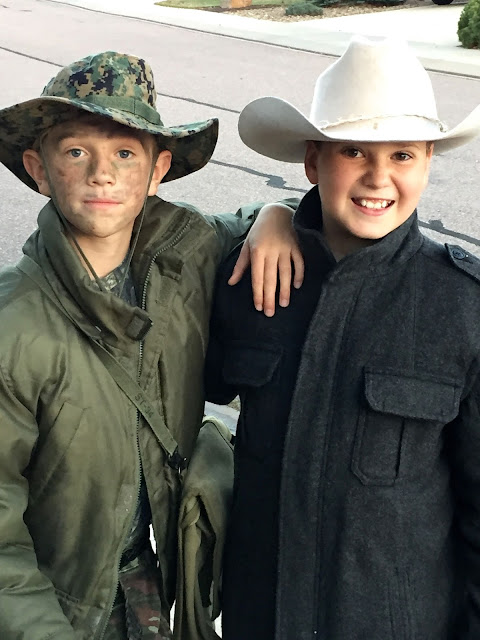 After the Fall Festival we had Freddy's for dinner and did some trick-or-treating. Solomon was way into it this year and it was so fun watching him run from house to house and attempt to say "trick-or-treat." Sweet boy! 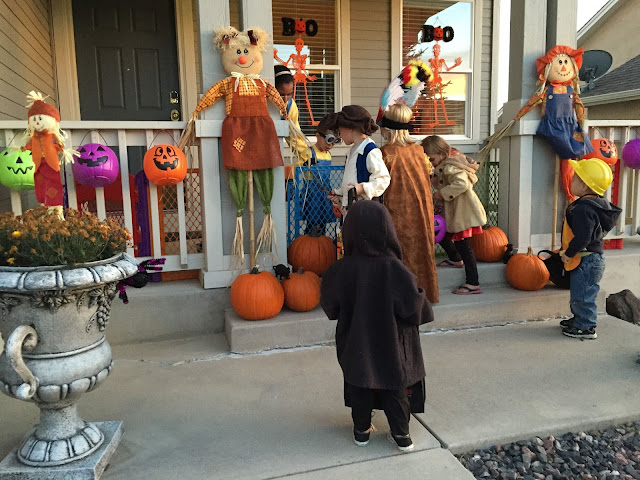 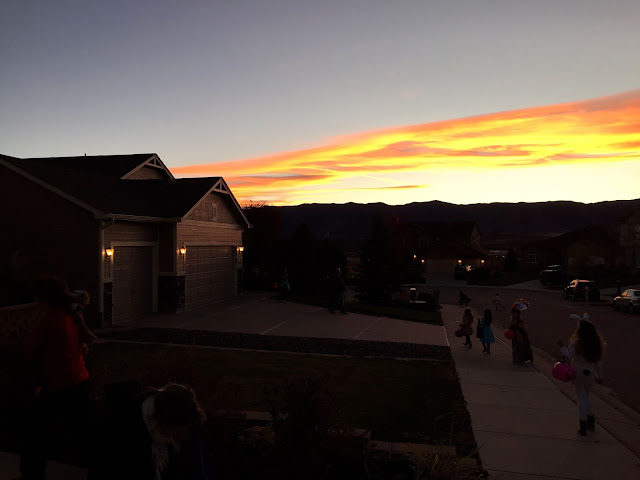 {The sunset over the mountains was beautiful!} 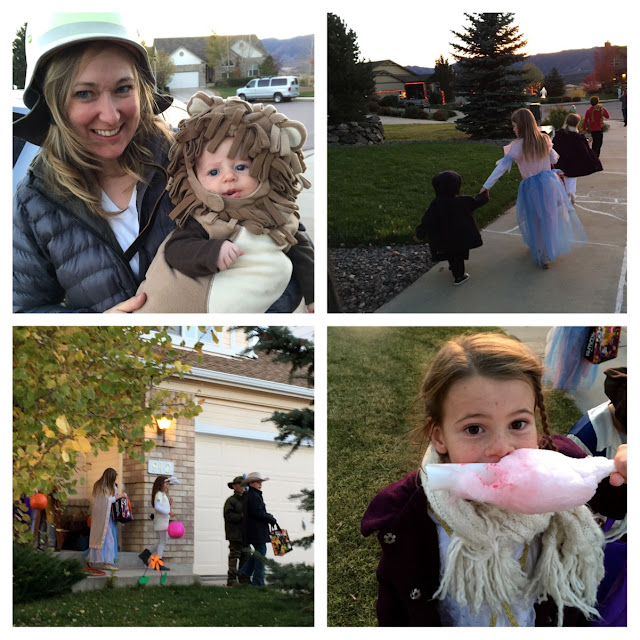 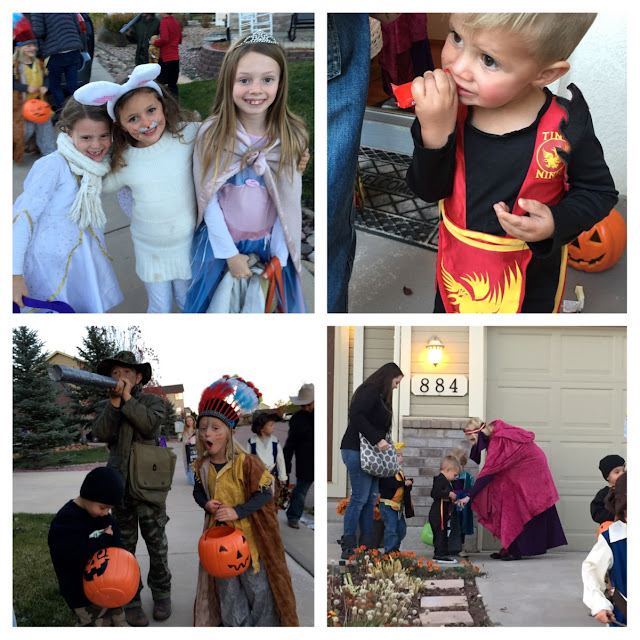 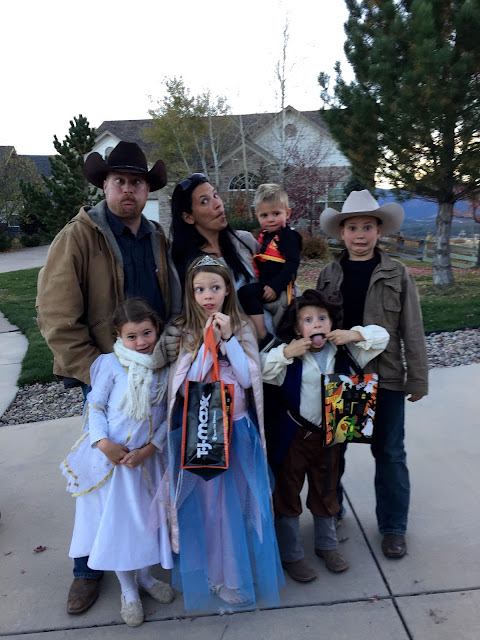 Happy Halloween from the folks under the farmhouse roof!!!
Posted by Clark Family at 7:28 PM