One Of Those Mornings...

On a Friday morning in early Spring, I woke up to those treasures stampeding through the farmhouse like a pack of elephants. Them laughing themselves silly.

I had the covers over my head.

And that Cowboy of mine came and pulled the sheets back slowly. Kissed my forehead gently. I couldn't help but smile.

Those kids got themselves some breakfast while I sat on the couch and fed the littlest one.

The oldest made me some tea.

The middle one gave me a play by play of that movie that their Papa brought home last week... the movie that made ALL the treasures cheer, them skipping and laughing loud around the living room.

Then it was time for morning chores.

Let's face it, no one in this house is ever super stoked about morning chores.

Remember the days of mixed tapes? Yep, that's how old I am. I had my own little collection of mixed tapes that I listened to until the tape itself had been worn thread bare. The tapes are gone but the songs from my high school/collage days are now on my phone now. And yes, I let my treasures listen to my memories several times a week. Tommy Petty, Puff Daddy, EMF, U2, Deana Carter, Erik Clapton, Journey & The Fray. Semi-pathetic? Maybe. But I listen to them all the same. :)

Music brings me back to life events.

So on that Friday morning in early Spring, I turned up my "mixed tape" and the farmhouse filled up with joy. And there were kids dancing. And the oldest boy and I found ourselves giggling on the stairs because he was trying to throw a pair of his sister's underwear up to me and I couldn't catch it for anything. 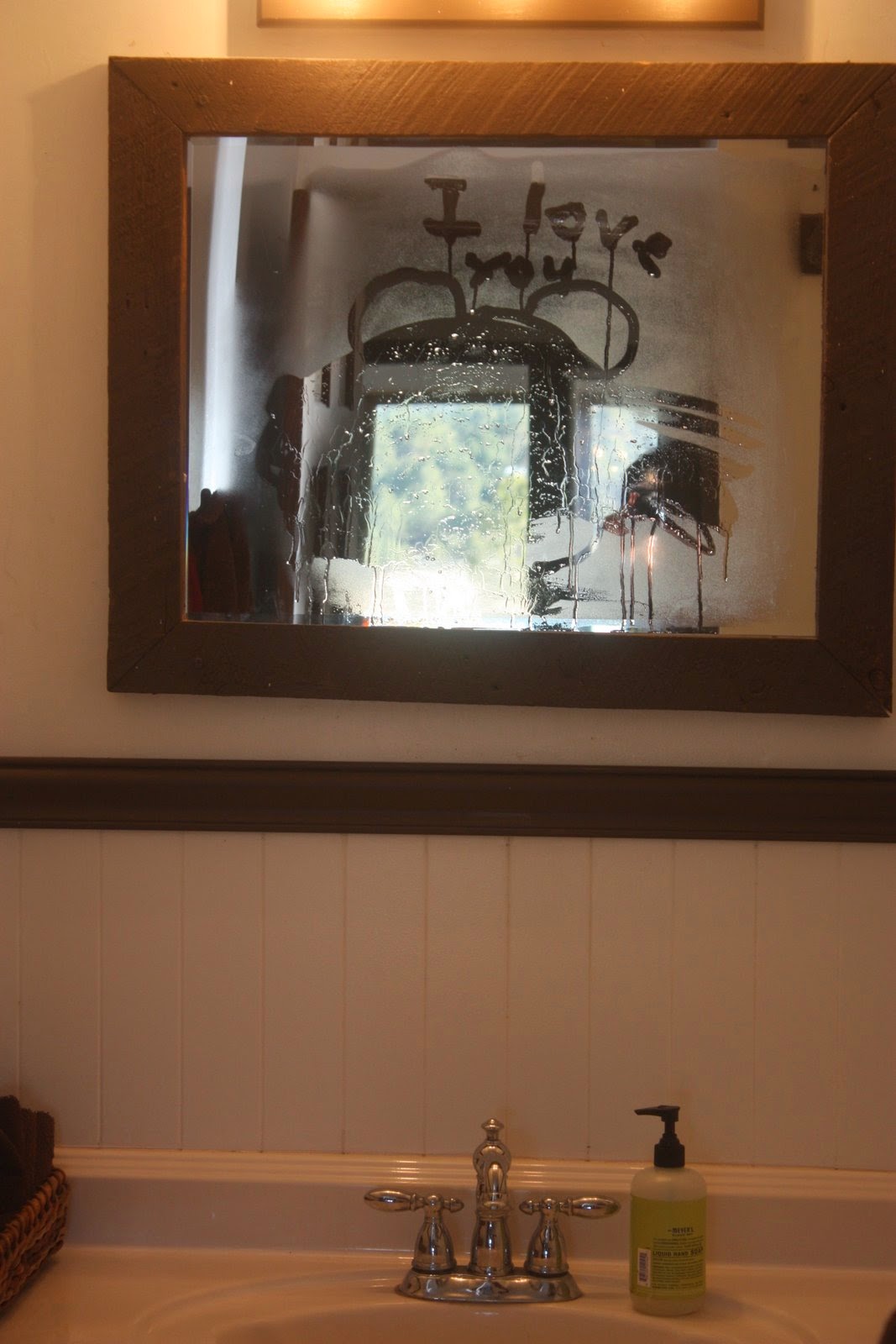 The Dancing Girl called me into the bathroom and pointed at the mirror and we both smiled and I pulled her in close and tickled her like crazy.

And that little Solomon, he's so round and cute, independent and happy. Just looking at the little guy can make a heart shift into sweet joy.

It was one of those mornings in the farmhouse when I was mindful of the gift of this place, of these kids, of the way we've been given a chance to grow up together in the gift of family.

These mornings are worth writing down, they're worth remembering.

While there was dancing, someone tripped on  nothing in the kitchen and then there were also tears.

While there was tender words, there were sharp words blurted out every once in awhile, and they were followed up by reminders that we are indeed for each other and not against each other which is sometimes forgotten in this place.

It's easier to acknowledge that the bad feels more real than the good. But indeed, on a Friday morning in early Spring, the Lord was kind enough to remind this Mama, that ALL that He brings is indeed not only good, but an overflow of His extravagant love for this Mama, who happens to also be His daughter.

It really is ALL for my good...

"He who did not spare his own Son, but gave him up for us all—how will he not also, along with him, graciously give us all things?" Romans

"Every good and perfect gift is from above,coming down from the Father of the heavenly lights, who does not change like shifting shadows. He chose to give us birth through the word of truth, that we might be a kind of first fruits of all he created." James

In all things, on all days, in every circumstance, He is good.

How do I know?

Because the Bible tells me so.

And His Word is trustworthy.

It's strange how the absolute greatest rescue plan the world has ever known came from an event that seemed no more than an overwhelming defeat. Christ, the one who came to save, dead on a cross. And then, the unimaginable... Christ RISEN!

He was obedient even unto the point of death, for one reason, His Father was trustworthy.

The Father's love is always trustworthy even if it looks to the human eye like He's forgotten how to love.

In this life I have to confess that I have doubted His love from time to time. I've wondered weather or not He really is good, because there are things in my life that I have begged Him to heal in me and He has not done so according to my standards and my understanding. And so I go down the road of doubt, wondering if he really is who He says He is... wondering if He really is good. And it keeps coming down to this...

"He who did not spare his own Son, but gave him up for us all—how will he not also, along with him, graciously give us all things?" Romans

And so I repeat it to my heart over and over and over again. Hundreds, maybe even thousands of times, I speak it, whether I feel it or not. Because what's true is true, no matter what I feel.

On a Friday morning in early Spring, I know His goodness... there in the kitchen, with a "mixed tape" pumping in the background, a bunch of treasures in an old farmhouse, dancing and giggling, and living real in the goodness of the One who loves us most. :)