In 2010 we bought an old homestead with some friends, ten acres with two houses on it. It was a train wreck when we bought it. The grass in the fields was up to our waists. The houses smelled like urine, the paint was chipping, pieces of the roof were missing, and we've since filled six 40-yard dumpsters, with trash. So like any normal people, within an hour of seeing the place, we put an offer on it.
We knew it was going to be a twenty year project, but we saw the potential and we looked forward to the work that we could put in as a family.
Since moving to Colorado we've doubled the number of kids in our tribe and we've had to do some shuffling with rooms and such. This past year, our used-to-be schoolroom became our oldest son's bedroom.

We knew it would be nice to have a space for school, but we also knew it was a luxury, not a necessity. We talked about adding on to our house. We talked about building a garage with a school room attached to it. We went through a dozen scenerios and kept coming back to the same thought... staying debt free and utilizing what we already have.
Across from the farmhouse was this old, ugly stable. It was missing a wall, had holes in the roof, and was, at the time, housing our chickens and a pot-belly pig.

The inside was drab to say the least. It felt dark and dirty and I was struggling to envision something glorious. But then I remembered that I am married to the man. The Cowboy loves projects and once we have a plan, he's all in.
So we started with another 40-yard dumpster, and filled it to the BRIM with everything imaginable that we found in the old stable. We sold the pig to a sweet hippie lady who told us she was going to take the pig on a trip around the United States in her van. Then we moved the chickens down to the big red barn. 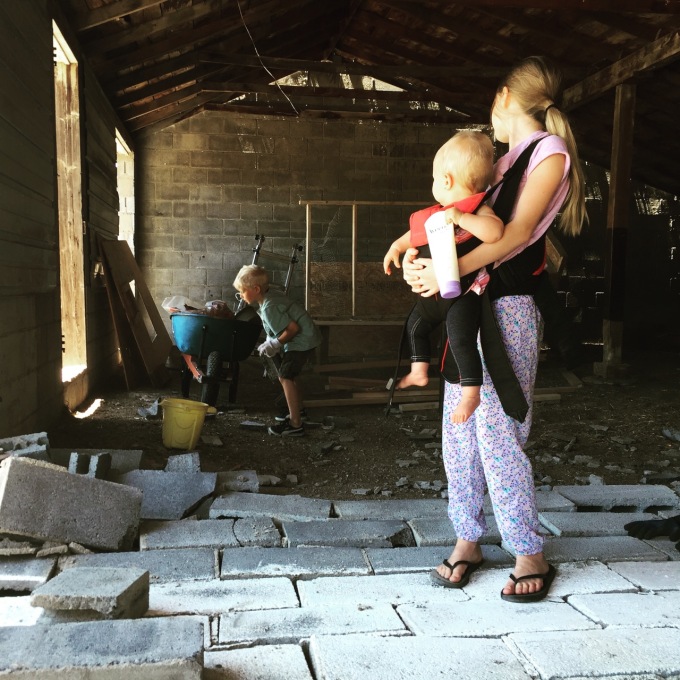 Once we emptied out the inside, we set to work on the roof. This is the thing I love most about doing projects on our farm... It's a family affair. We all work together. The kids learn new skills and the parents learn patience. Yes, it is much easier to just get a job done than it is to teach little ones along the way, but the process is never as rich as it is when we are doing things together. And so we purpose to slow down, and we bring the kids along, and we make memories. 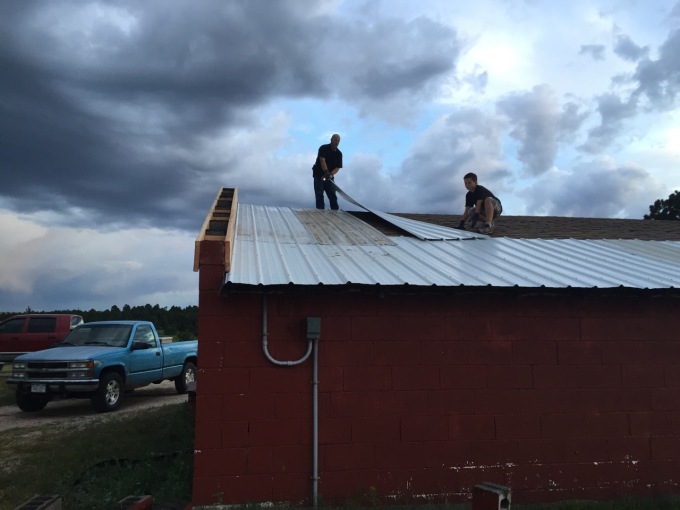 Then came the floor. It was just dirt, so The Cowboy built a floating floor. How he did that? I have no idea. But it's there now and it's awesome and I'm amazed at some of the things this man of mine can do. 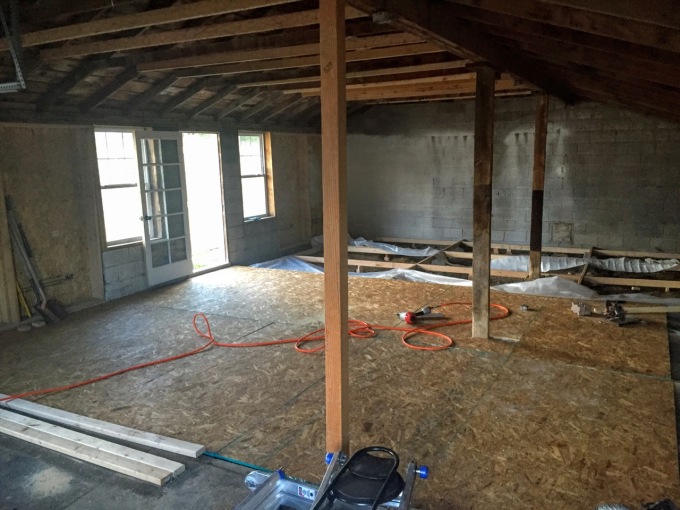 {Cutting planks for the floor.} 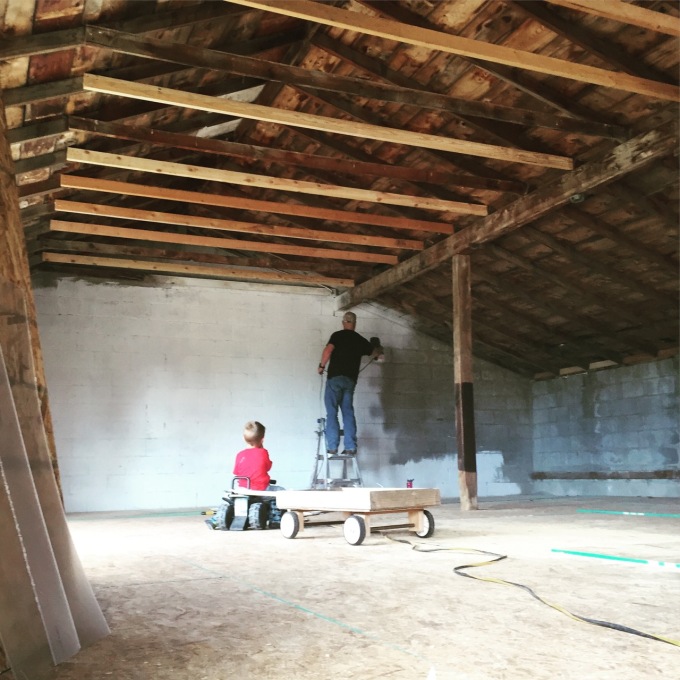 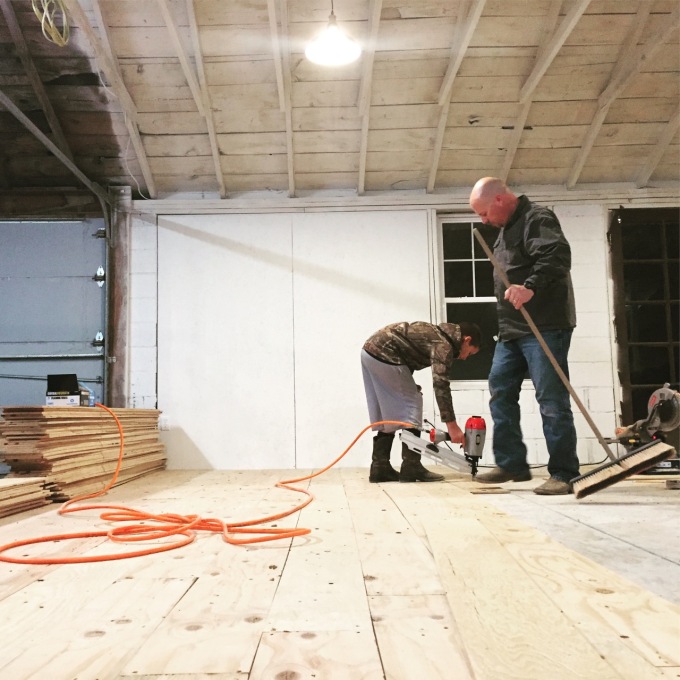 There was electricity in the stable, but no lights. So The Cowboy put in lights. And then, the thing that felt like it made all the difference in the world... 10 gallons of white paint! It just took an old dingy room and made it feel so much brighter and maybe even cheerful.

Below are some before and after pics. It still blows my mind that the Cowboy can turn something that looks like this.... 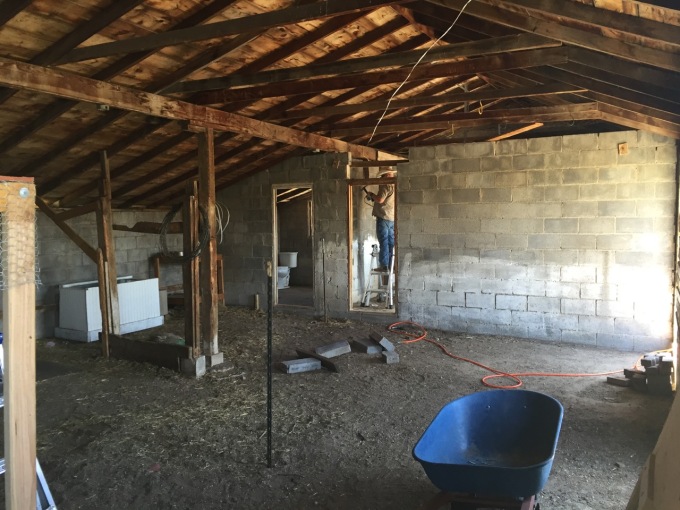 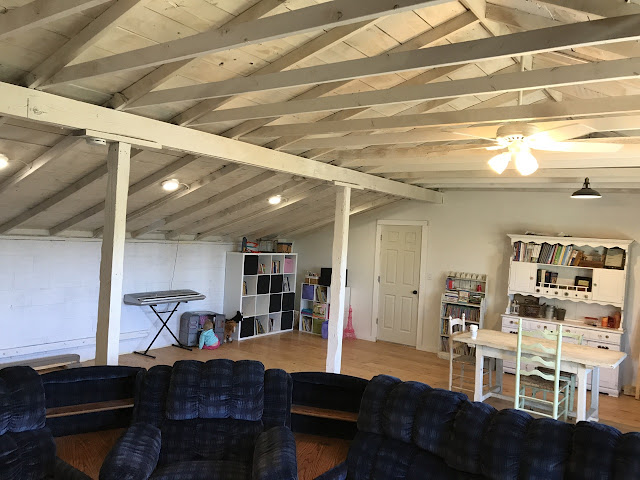 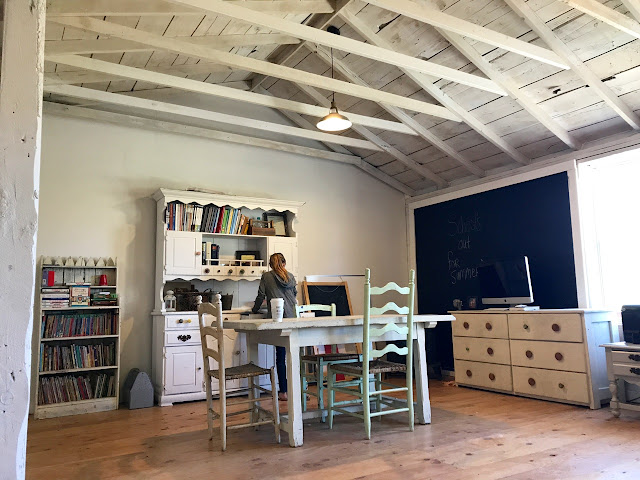 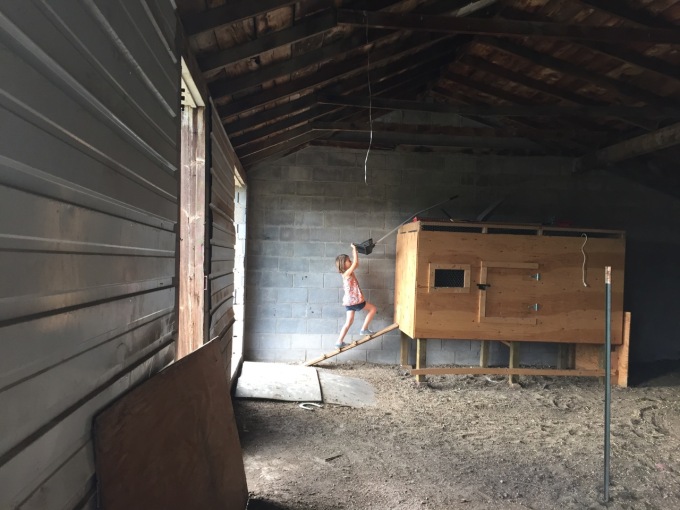 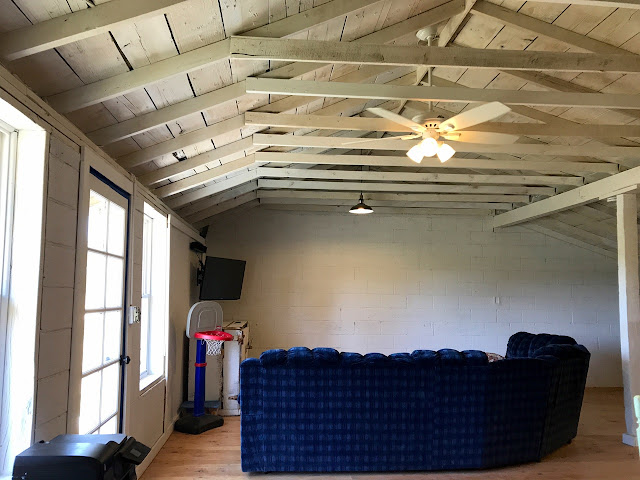 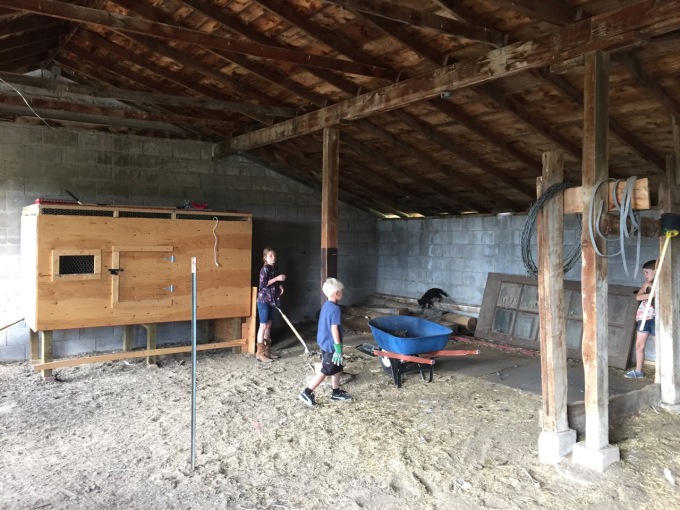 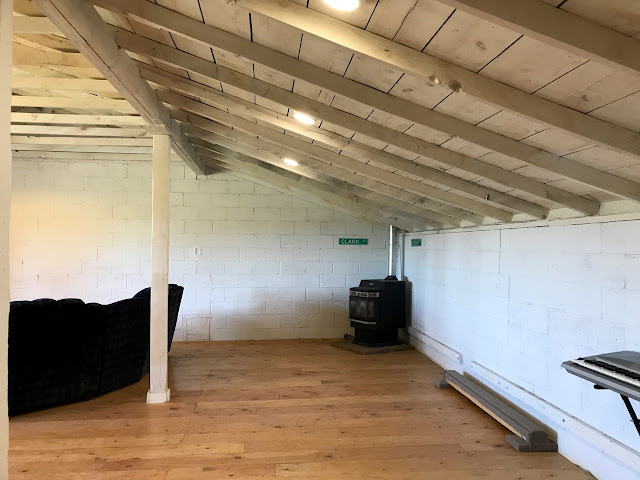 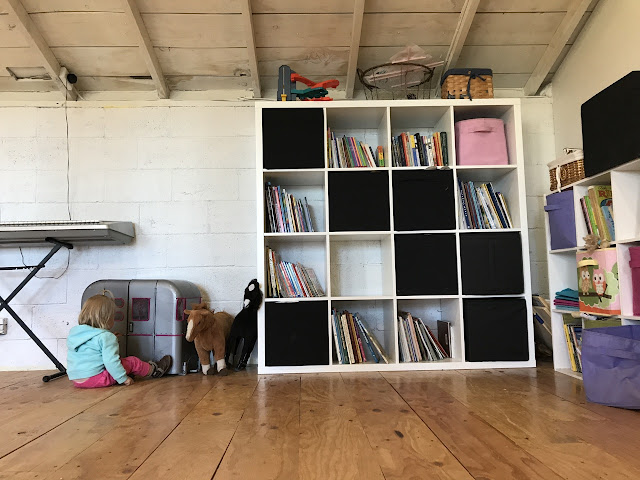 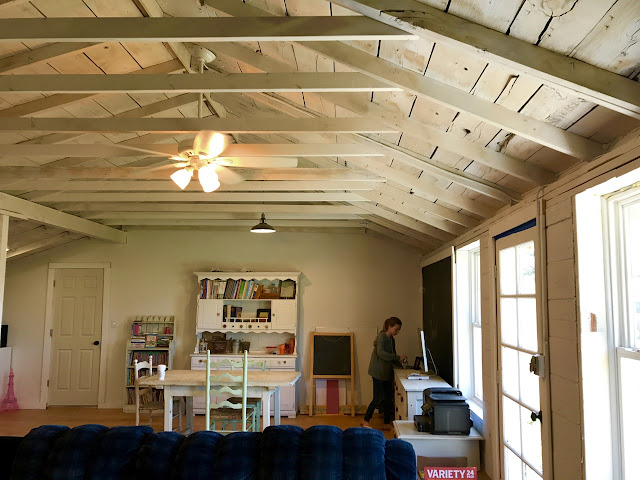 And here are just a few more pictures of what it looks like now. :) 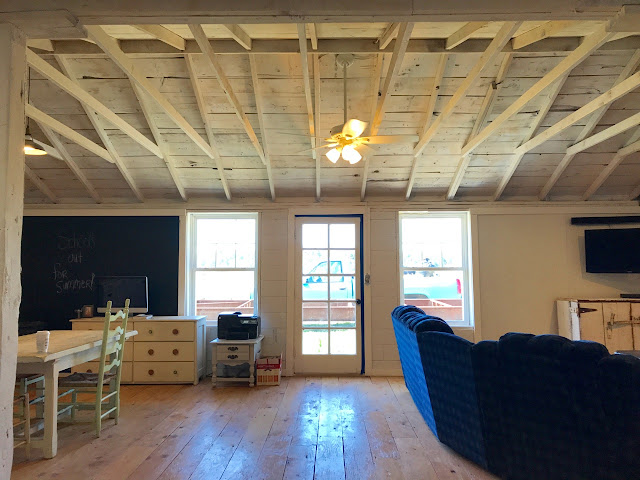 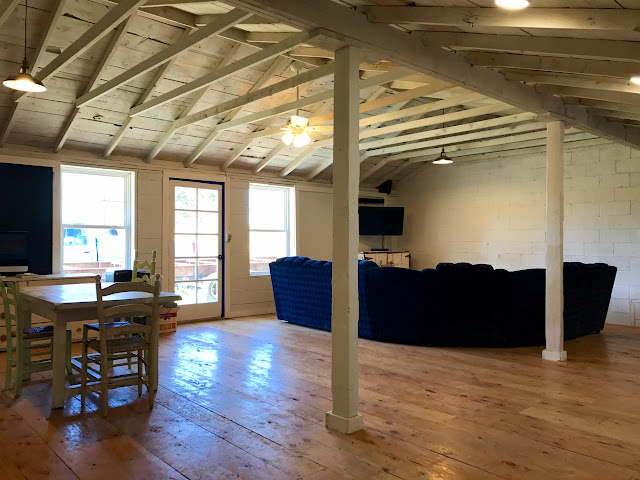 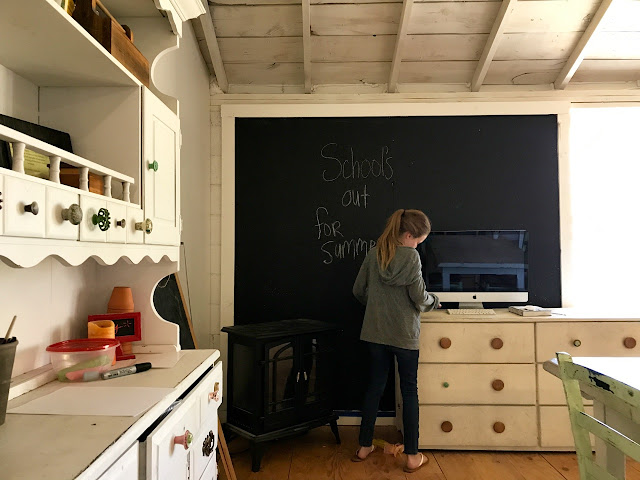 I can't seem to find a before picture of what this side of the stable looked like. But there was no door and no windows and the place where the giant X's are, was open space (no walls).

And now, less than $5000 later, we have this simple, yet seemingly unreal to this Mama, space. We bought the biggest (yet possibly the ugliest) couch we could find so that we could fit all kinds of family and friends on it. There's a pellet stove in one corner, a play area in another corner. And in the last corner we have our little set-up for our school. It's a place we can all go to spread out. It's a space for friends and family to gather. And our hope is that it will become a place of rest for those who are in need of refreshment.
Nearly seven years ago the Lord was gracious enough to lend our family this little piece of earth. Our desire is that it will be used for His glory however He sees fit. How beyond grateful we are for our little #stableturnedoneroomschoolhouse