The kids are part of a 4H club in town. This year they decided to raise turkeys and enter them in our local fair. The turkeys are supposed to weigh between 20 and 30 pounds in order to be eligible for the fair. 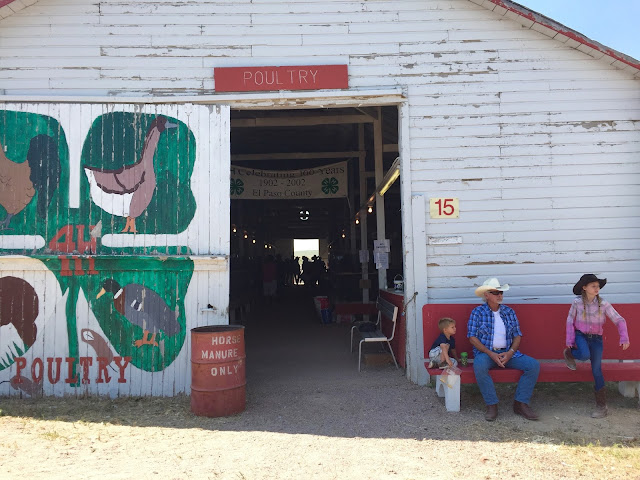 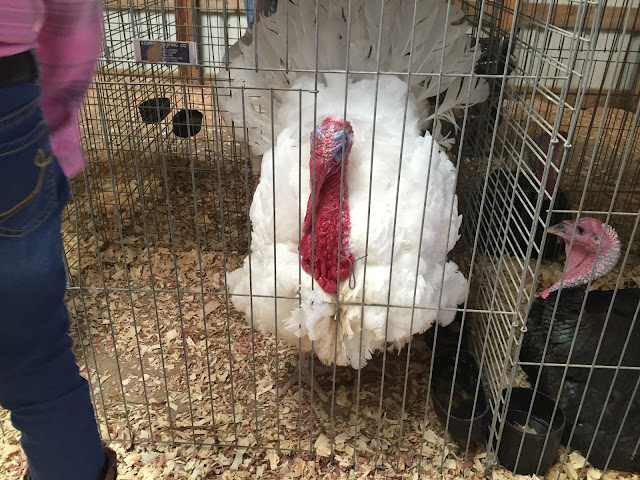 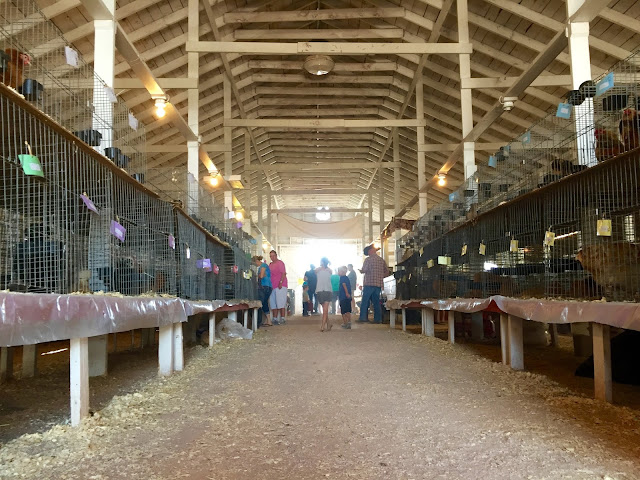 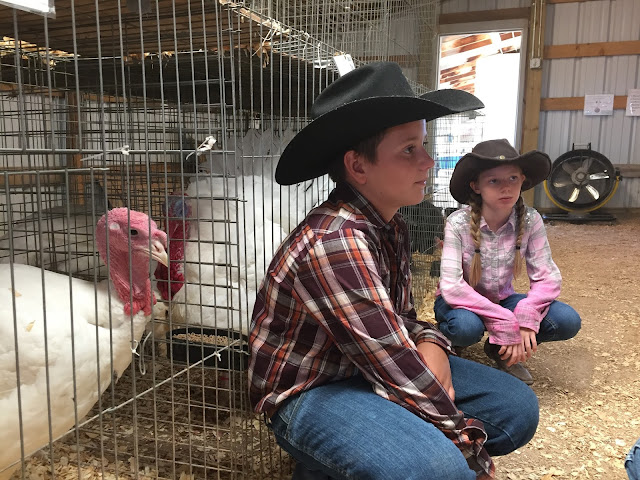 We didn't weigh our turkeys right before we checked them in and it turns out that they were 2lbs overweight and they got disqualified. The kids were super sad, but we learned our lesson and I have no doubt that next year we'll be more mindful. 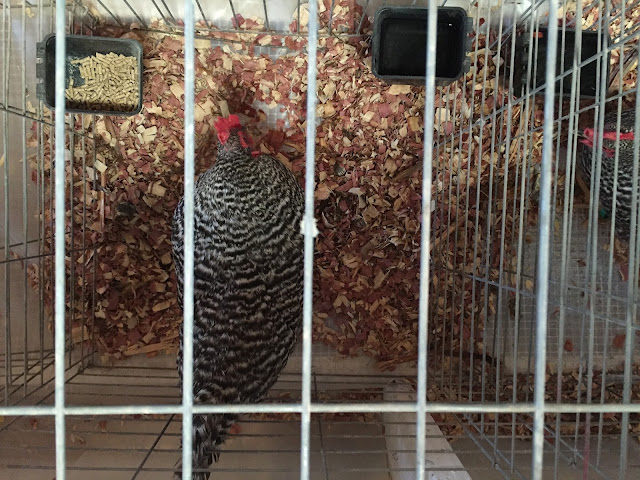 There are so many things that I love about 4H for my kids.

During fair week they did showmanship and had to present their chickens (they used chickens for showmanship because it is super difficult for to handle turkeys since they are such large birds) before a judge, tell the judge all the parts of their chickens, and answer questions about raising poultry. One of them was terrified and the other was excited. Both their personalities benefitted from the experience and I was so proud of both of them.

They also had to talk to buyers at the buyers auction about their turkeys and the things they learned about raising turkeys throughout the year. I may be old-school, but I love that they have all these opportunities to interact with adults, to look them in the eye and engage in meaningful conversation. It's such a life-giving skill to have. 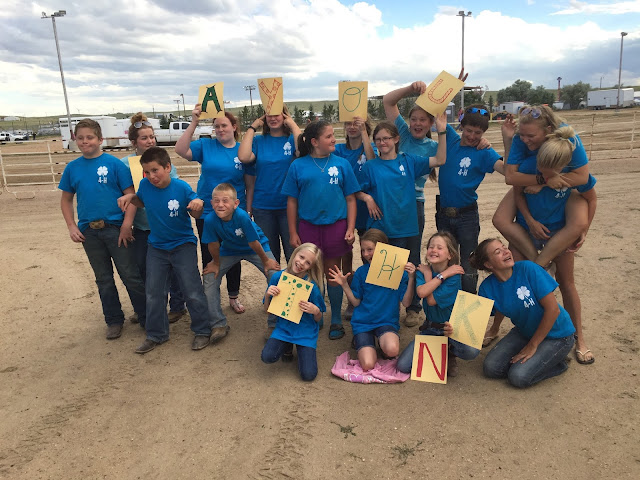 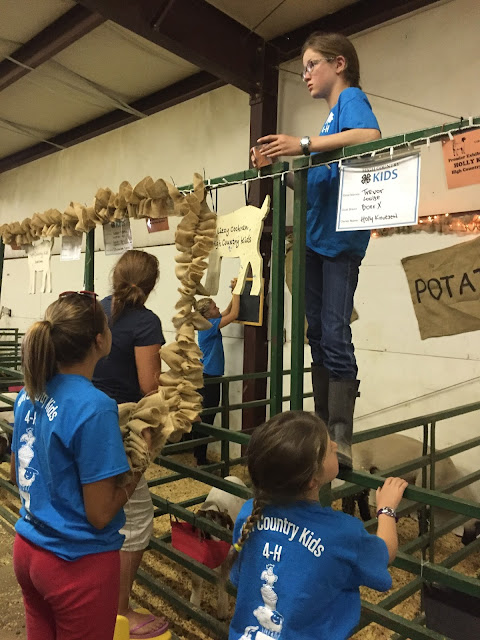 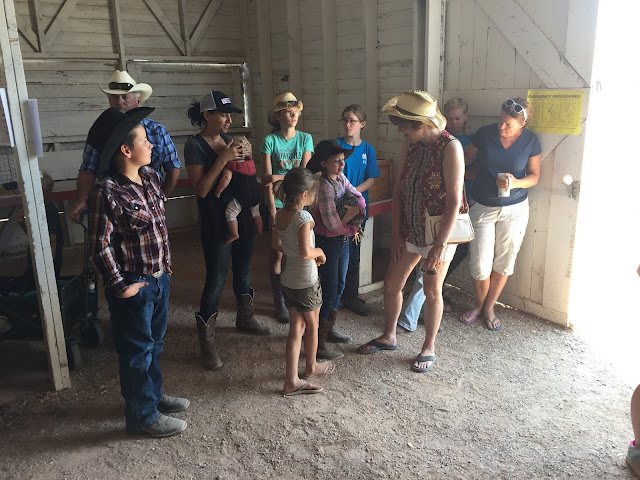 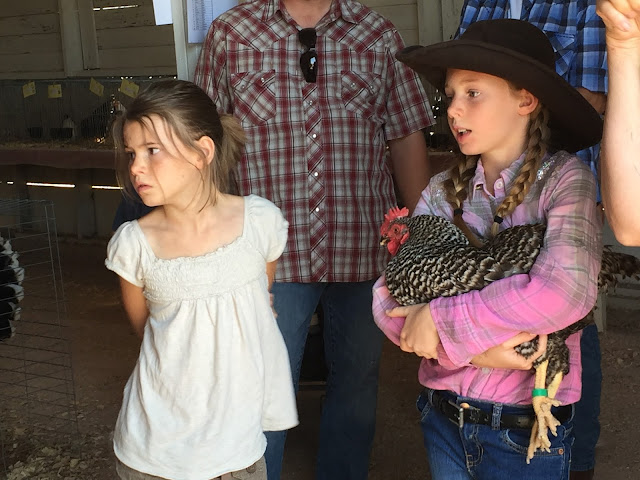 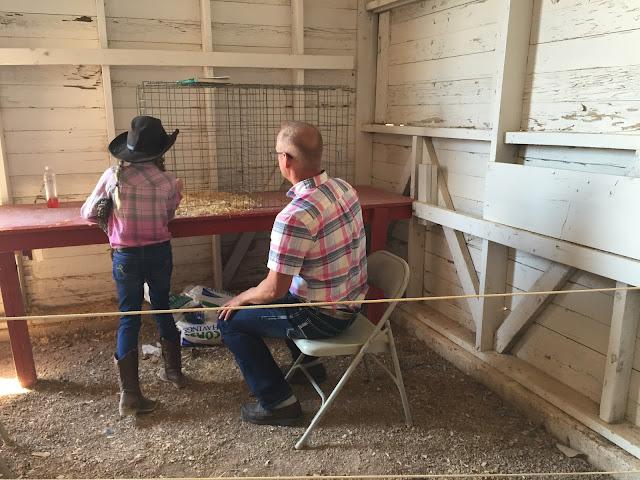 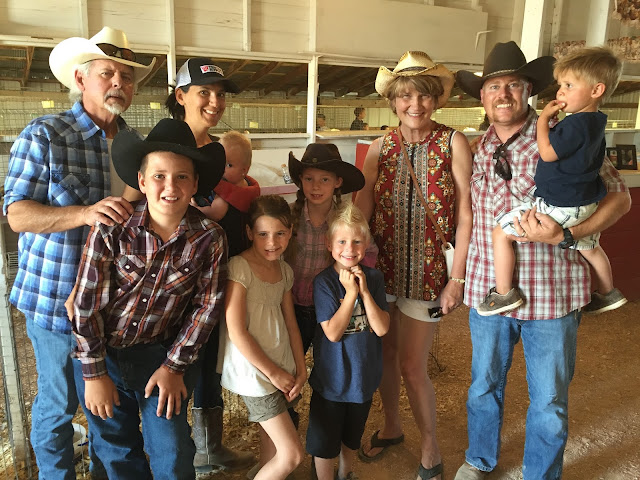 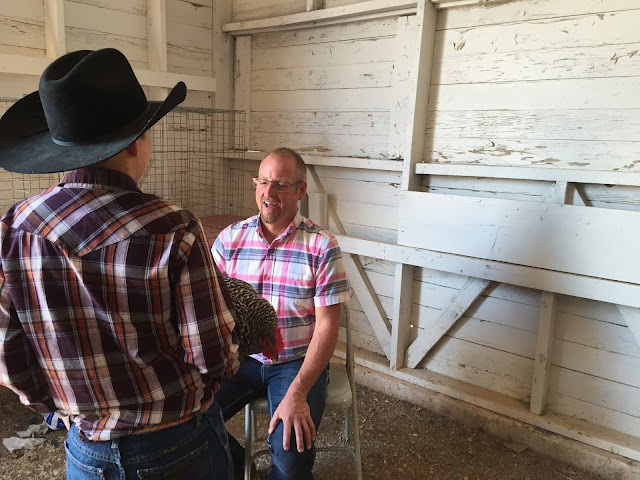 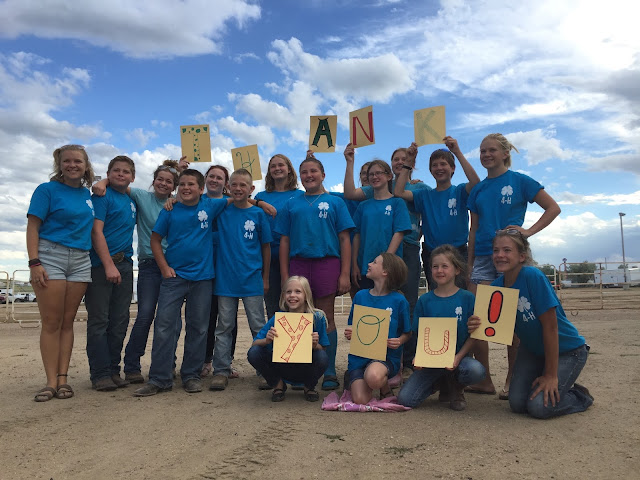 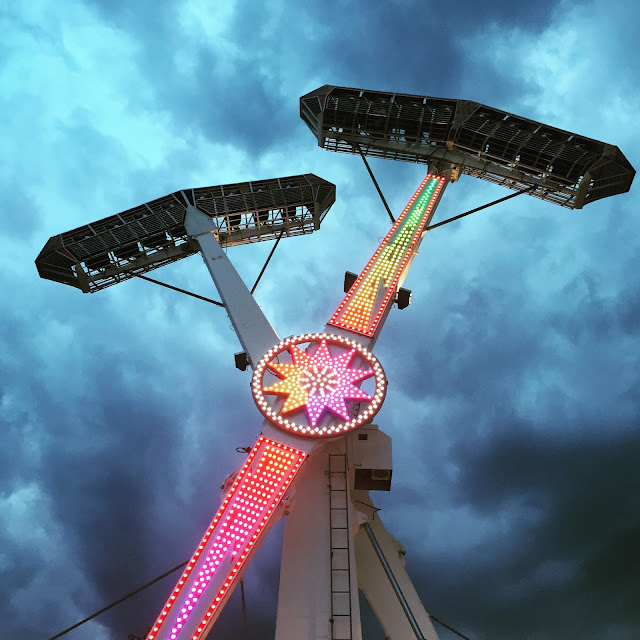 Halee and her friend Campbell went on their first upside-down ride. The whole thing made me smile.  There were teenagers sitting behind them being all awkward and silly. Hal & Cam are only ten and they could care less about impressing one another and when my Hal told Cam that she thought she might throw up, he casually told her, "Well then, make sure you turn your head and throw up out the window so you don't get it all over me." LOL.

Someday way to soon, my girl will be all into boys, and rides at the county fair will look a whole lot different I'm sure. So for now, I'm soaking up these two hilarious kids and their sweet innocence. 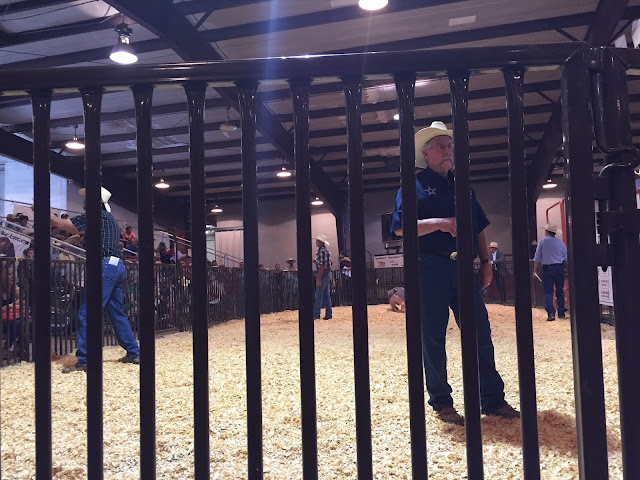 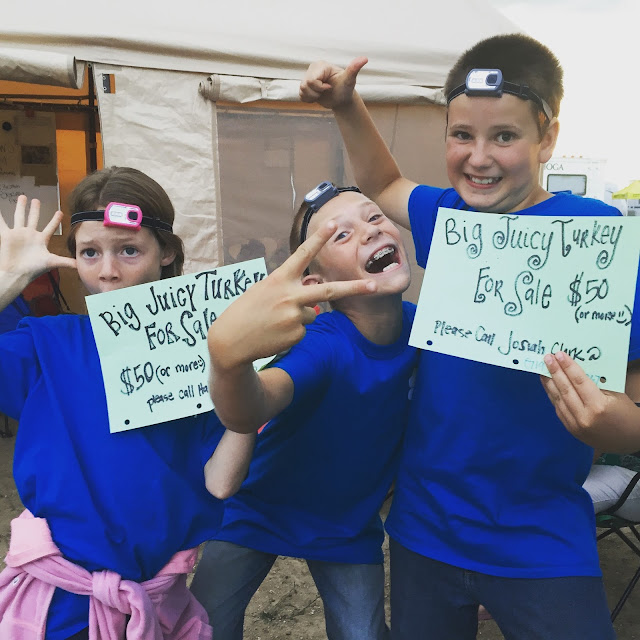 Because their turkeys were disqualified, they were no longer allowed to sell them in the auction, so they put signs on their bird's cages and when they were on barn duty during the week they would talk to folks coming through the poultry barn and eventually they were able to sell them to the sweetest couple, on account that they were butcher them for her. SOO, on a Sunday afternoon, Papa pulled out his bow and invited the neighbors over and we got ourselves some HUGE, Thanksgiving turkeys. {WARNING for all you city-folk: The following photos are slightly graphic and not turkey-friendly.} 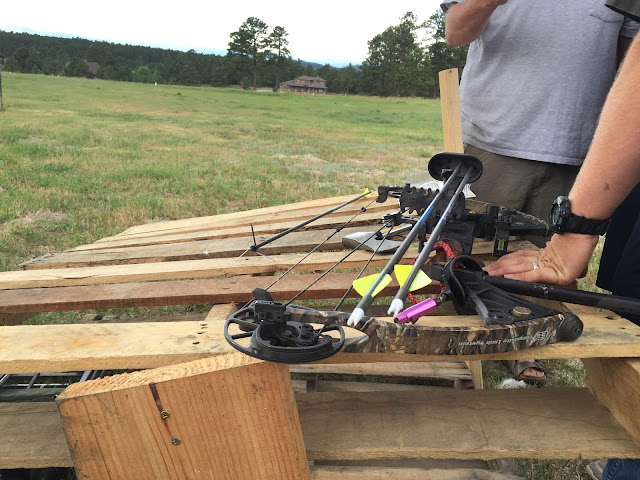 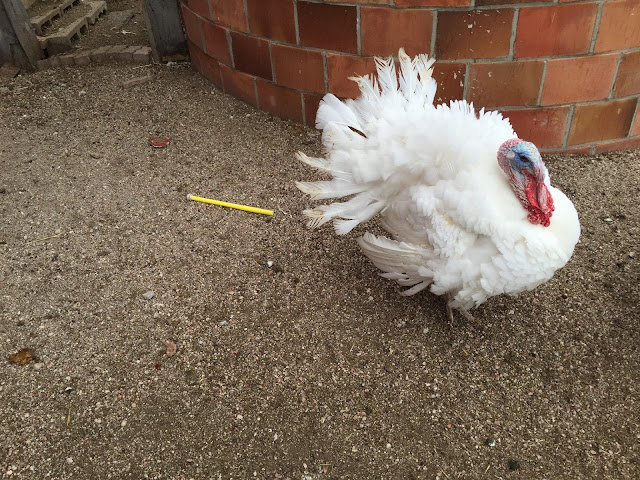 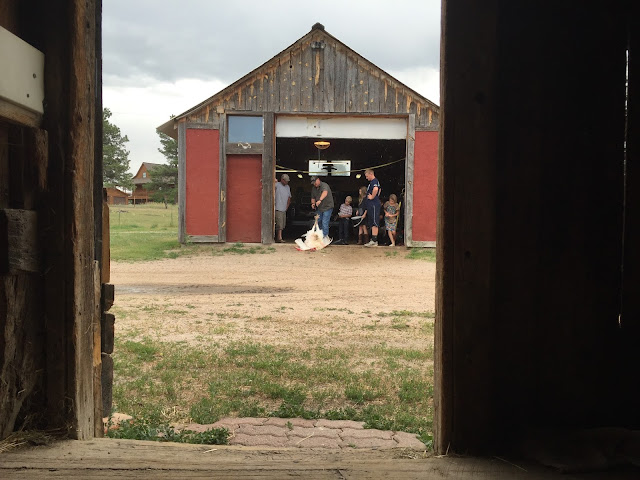 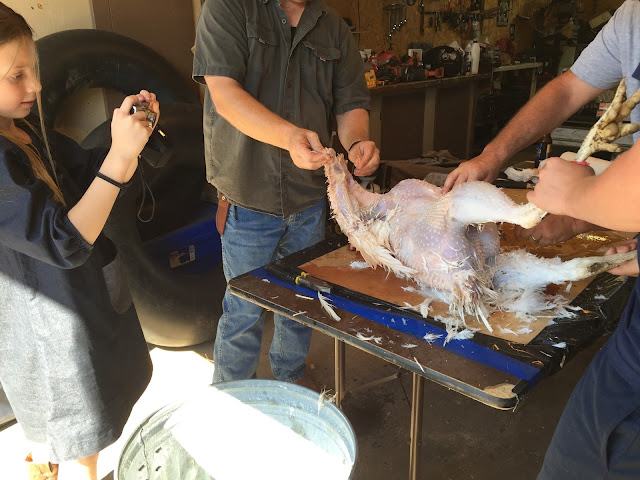 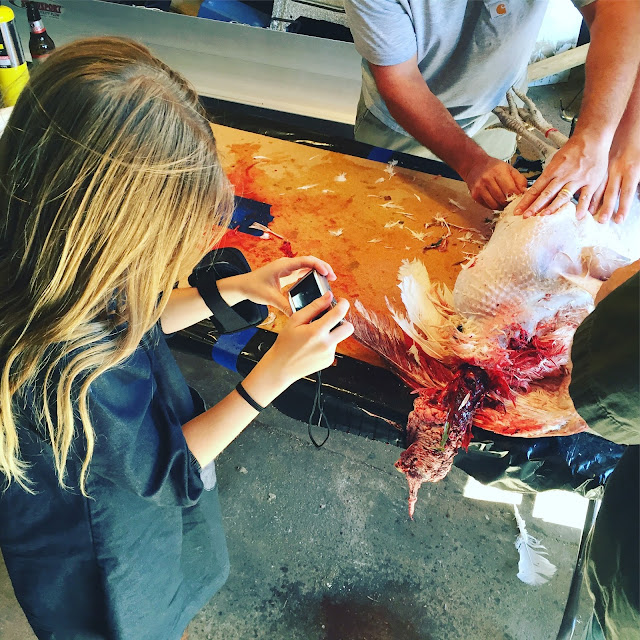 I think my Hal might have some kind of future in the medical field.

She was so into this turkey-thing. She watched her Papa and the neighbors butcher all three turkeys and she documented the whole thing with her camera. She took videos and asked questions and soaked up the whole experience. Her Mama on the other hand started gaging when the first turkey lost his head and she had to go up to the house to "take care of the baby." :) 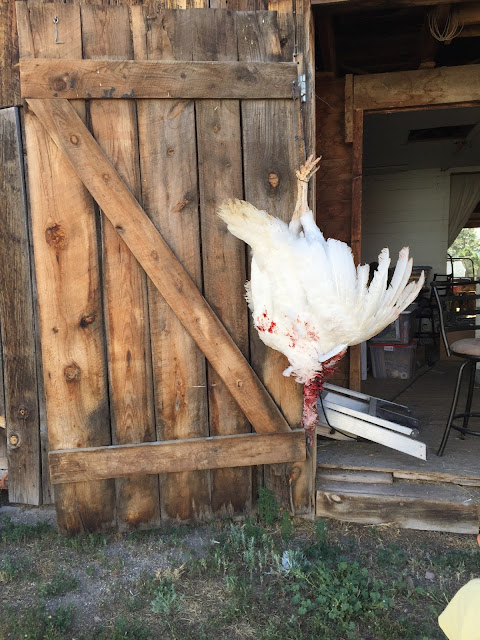 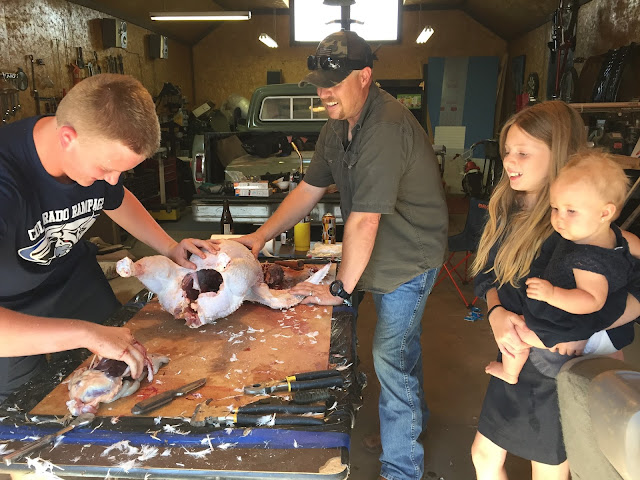 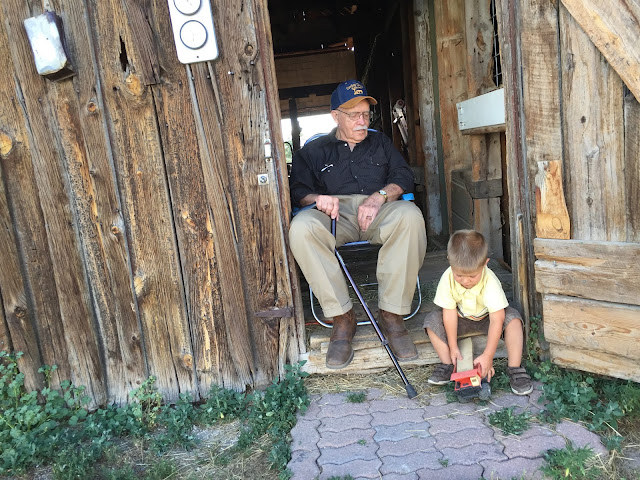 Fair week is over now. The kids didn't win anything this time around but they really did do a great job and their Papa and I are so proud of them.