Ice Skating In The City 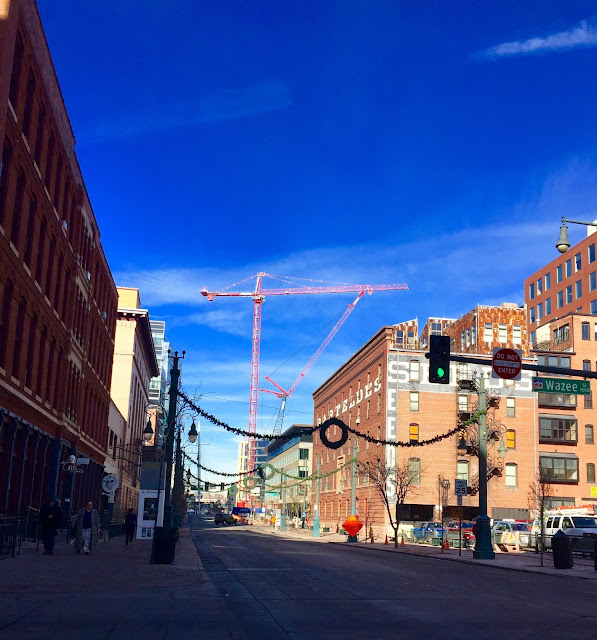 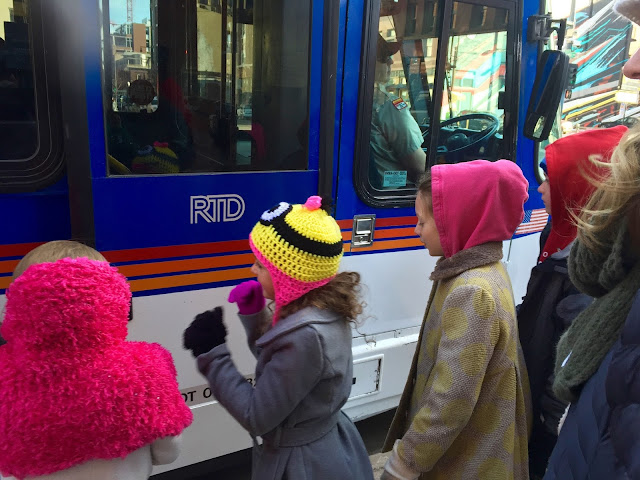 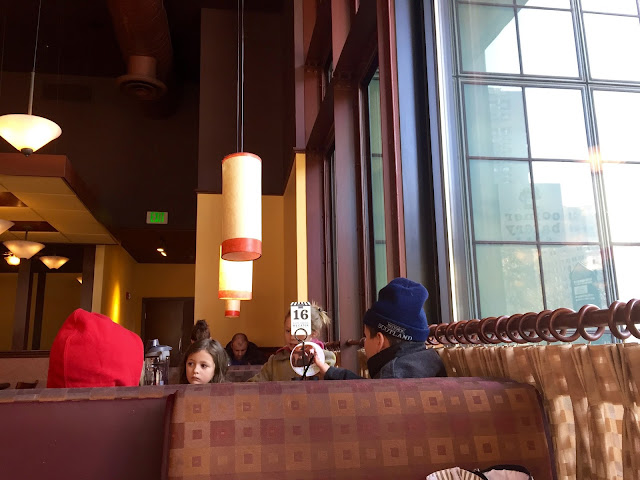 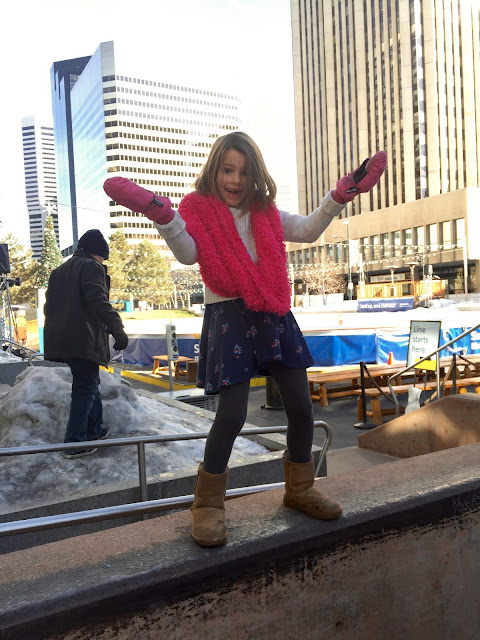 We started school on Monday.

I was terrified, because truthfully, on paper, all that needs doing under this roof is flat out impossible.

And then in steps Jesus, and reminds me for the millionth and one time__

"Kacy Nicole Clark, you don't have to do it all."

Deep breath in.
Be diligent.
Trust Jesus.
Seek joy__
This is the current farmhouse motto.

So we started our second term off in the most glorious way with a day of ice skating in the city.

There's an outdoor rink in the middle of downtown.

It was sunny and warm and refreshing. 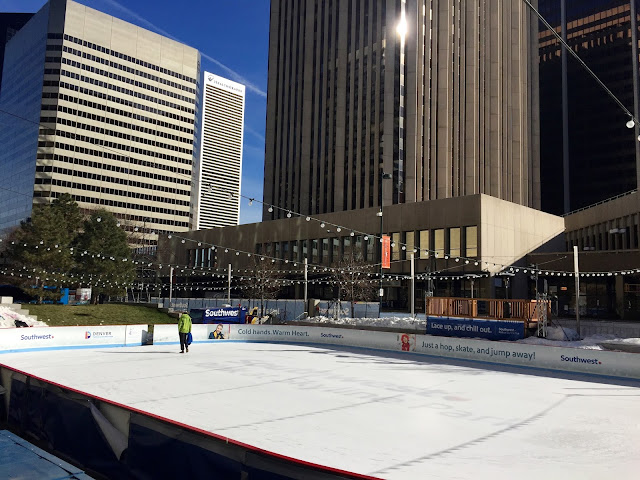 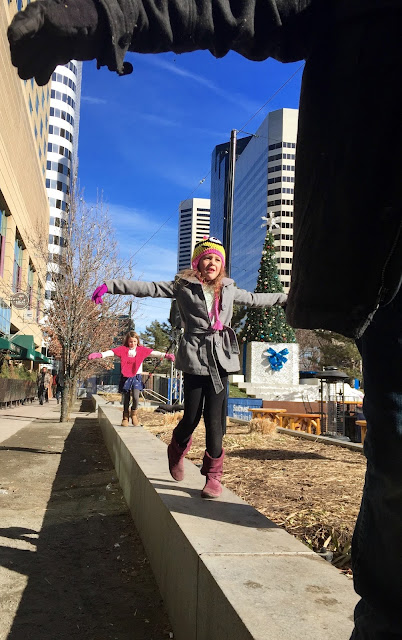 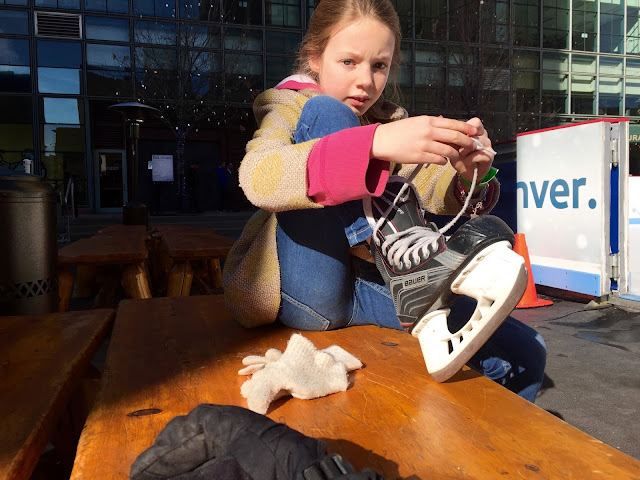 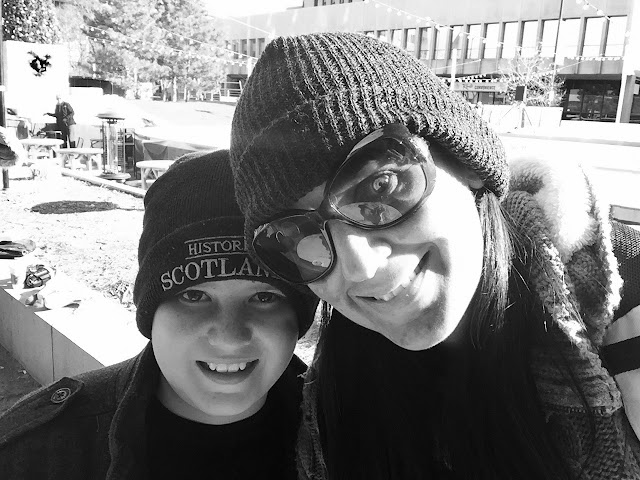 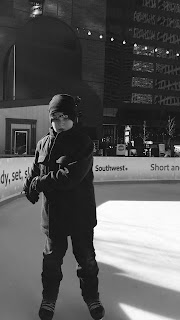 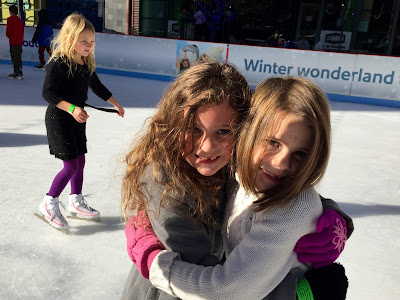 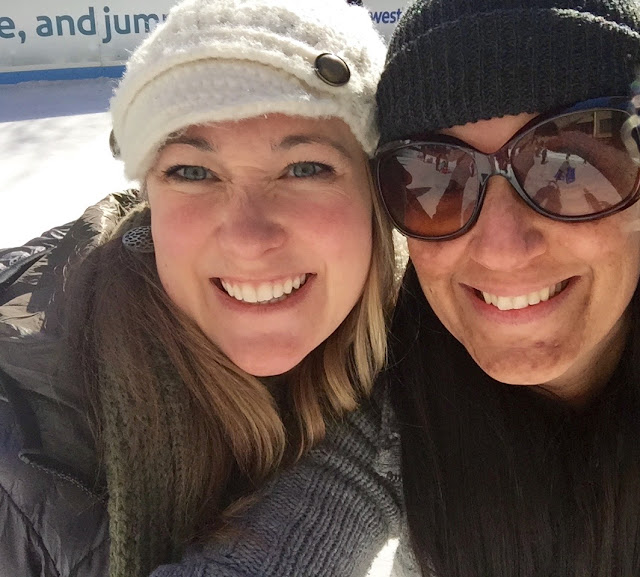 We spent the day with my sweet friend Tara. When I first met Tara, we had 3 kids between the two of us. Now, we have ELEVEN! Crazy! It was such a treat to have lunch downtown and catch up on each other's hearts. This time we only brought our five oldest kids with us to the ice rink. 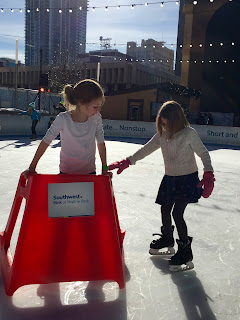 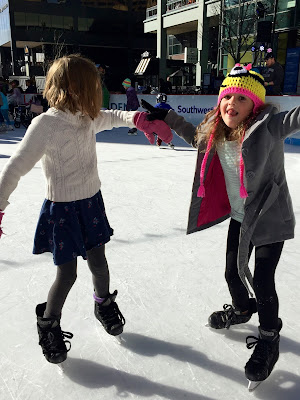 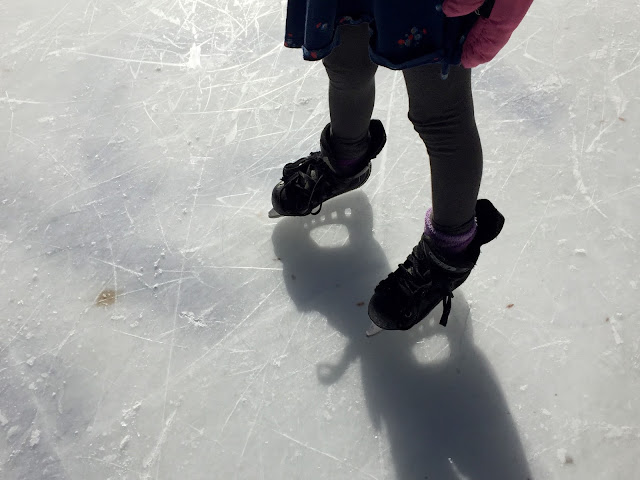 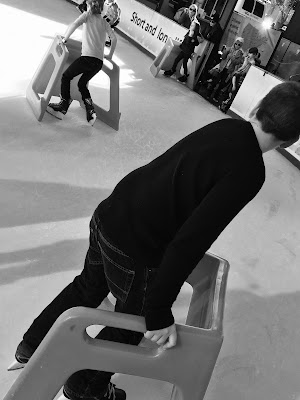 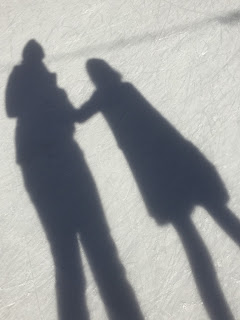 We learned so many things on our first day back at school.

We practiced perseverance as we figured out how to get around the rink on our skates.

The Spunky Girl and I laughed joy when Adele came over the loud speakers and we mouthed the words together as we held hands in an attempt to hold each other up from falling.

Our family is attempting to not eat any sugar for the month of January and we chose self control when we ate at The Corner Bakery and we somehow managed to not buy a single cinnamon roll or M&M covered chocolate chip cookie.

We cherished our friends and rode a city bus for the first time. 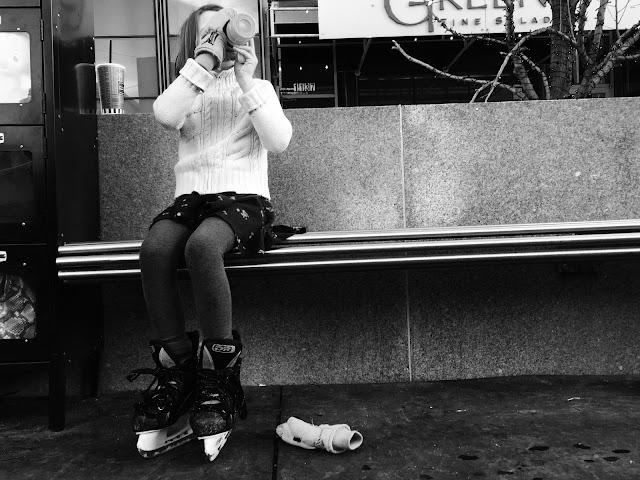 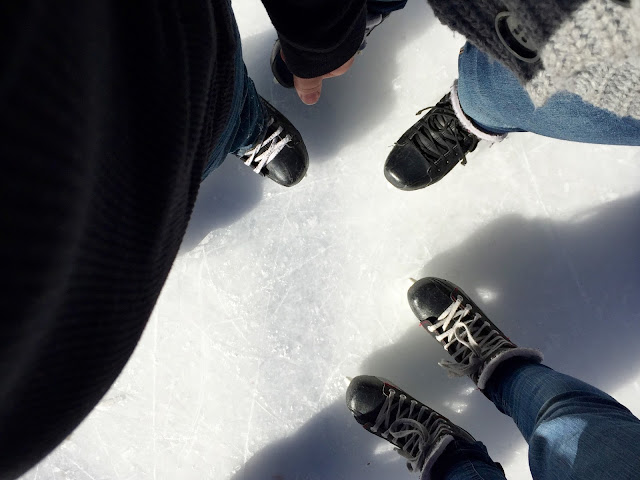 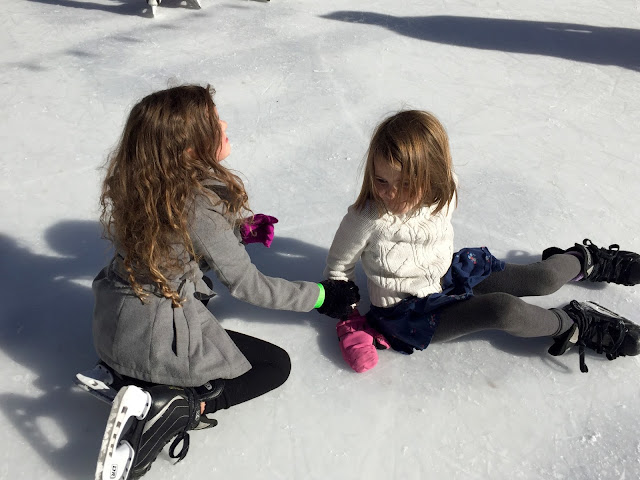 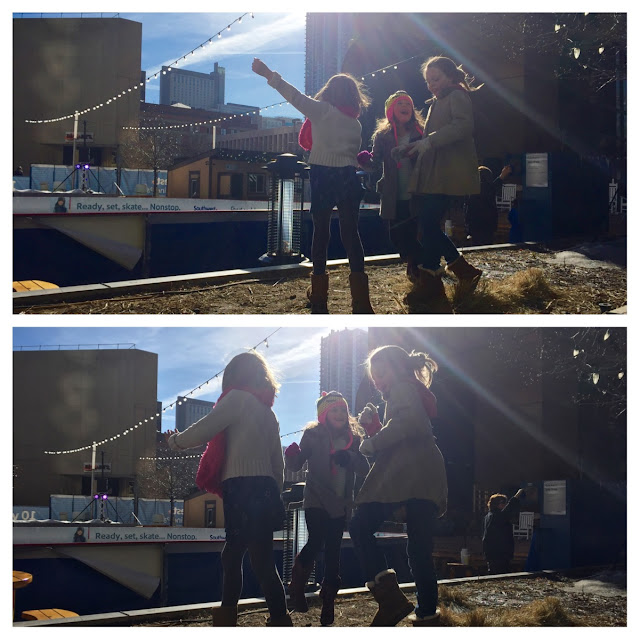 {I wanna remember the way they danced in the sunlight, surrounded by all the hustle and bustle of the city.} 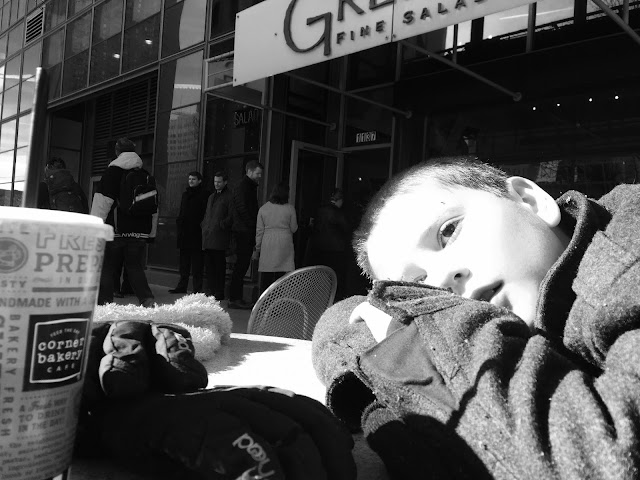 {I wanna remember the way this guy buried his head in my chest after he fell flat on his head on the ice. I remember a time when I was five, at school, and I got hit in the nose with a ball. I wanted so badly to cry but not in front of my friends. When I got home that day I bawled my eyes out in my  Mama's arms. As I held my boy on the edge of the rink, I felt so thankful that I could be a safe place for him in that moment. And when the sting of the blow started to go away, and he wanted to skate again, he hugged me and said, "Thanks Mom. I'm so glad you were here with me." He's ten and on the verge of a new season in his life, a new season that might change some things in our relationship as he moves more from boyhood into manhood. It's a gift to walk so intimately with my boy in such a season, but it makes me cherish these boyhood moments that much more. I can imagine that as he grows, he won't need my arms in the same way. :)} 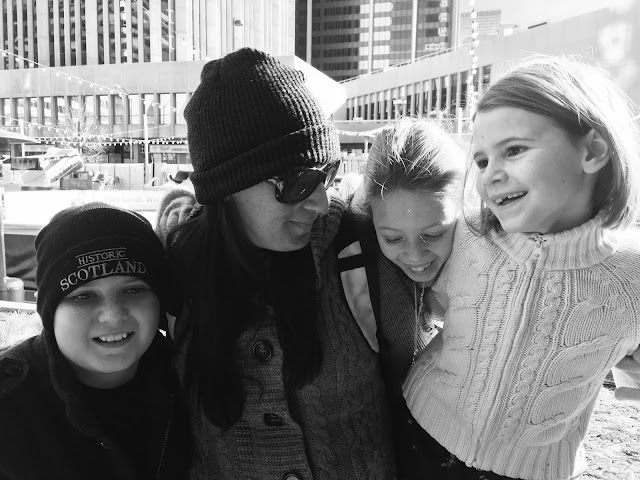 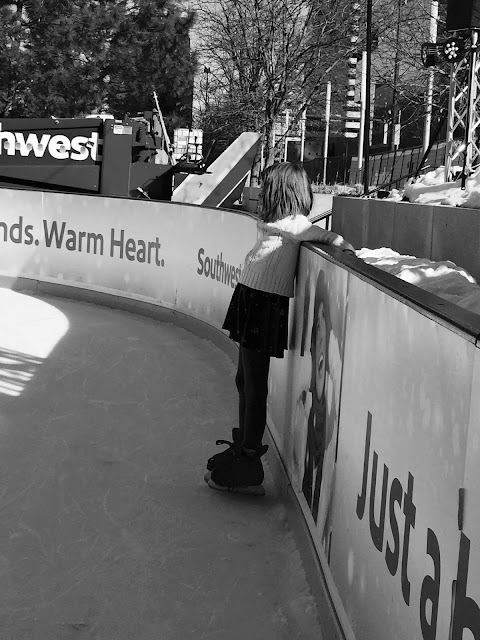 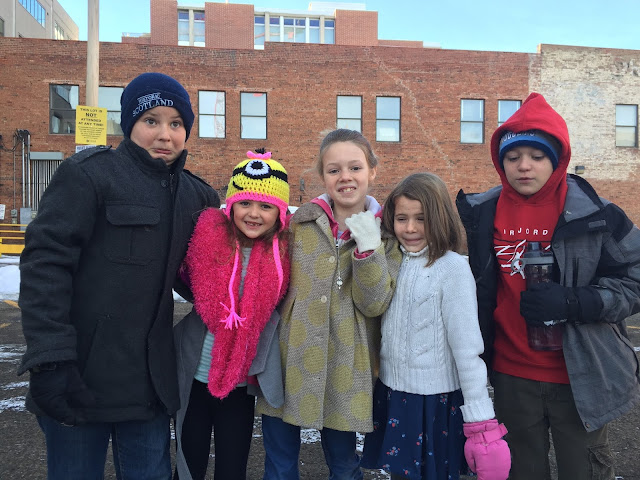 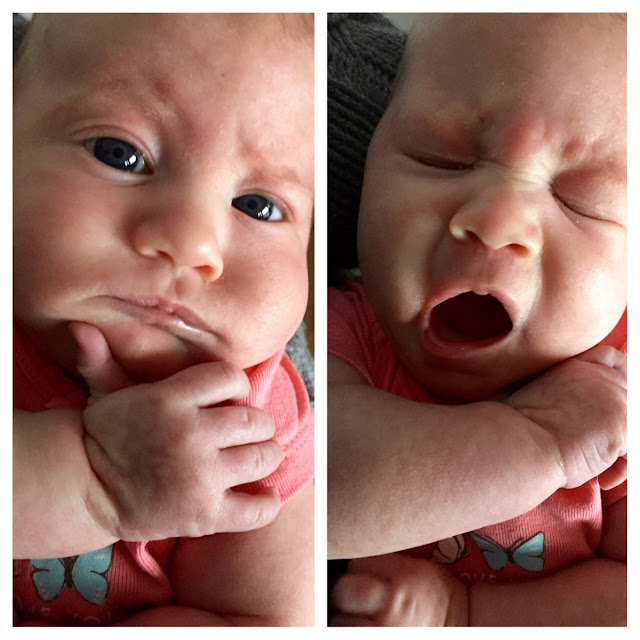 {Miss Shiloh didn't seem to upset about me leaving her all day. This is her in my arms when I got home. She's not very emotional. I like to think she's going to be steadfast like her Papa. :)}

It was a really good first day back at school.