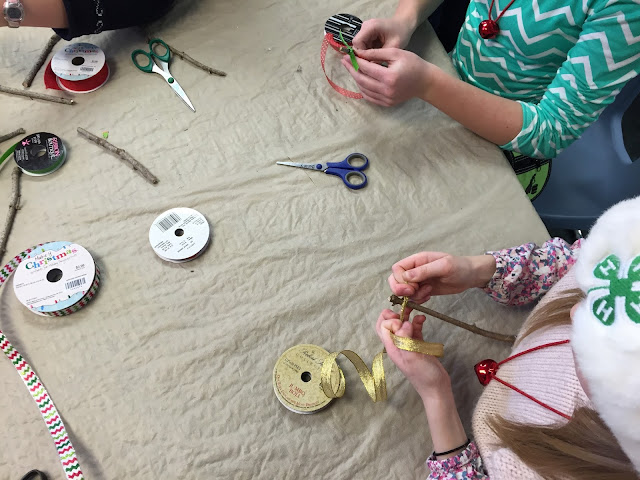 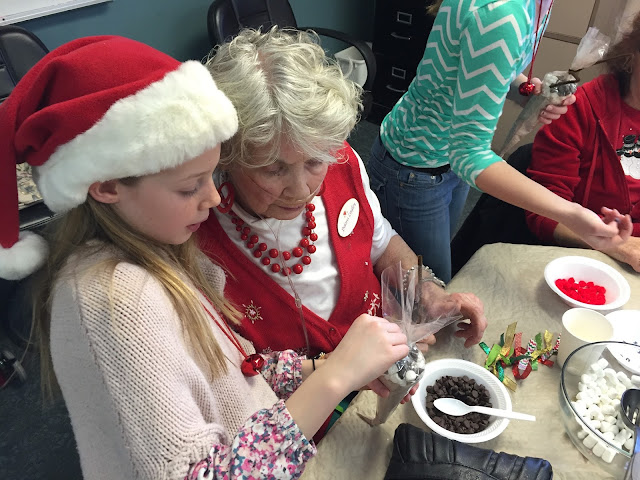 I sat down next to a man who wasn't interested in crafts. He said that hot coco would upset his stomach and that he had no use for a stick with ribbons on it that looked like a Christmas tree.

So I asked him about his wife.

He cried when he told of some of the heartaches that they walked through in their 62 years together.

He got angry at his own tears when he let me in on one of the mysteries of getting old__
"Why does old age have to bring with it so many damn emotions?" he grumbled as he pulled a hanky from his pocket and wiped his eyes.

I sat with him for a good thirty minutes.

I heard about the war and his children. He told of his lifelong work with the same company and how he chose to leave when the computer world arose__ "I'm old school and proud of it," he said.

He told me of all the places he's lived and how he enjoyed every one of them because it never mattered where he was, as long as he was with the woman he loved. 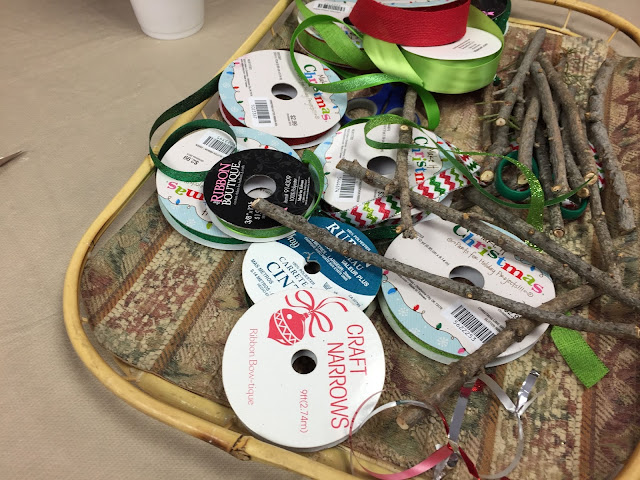 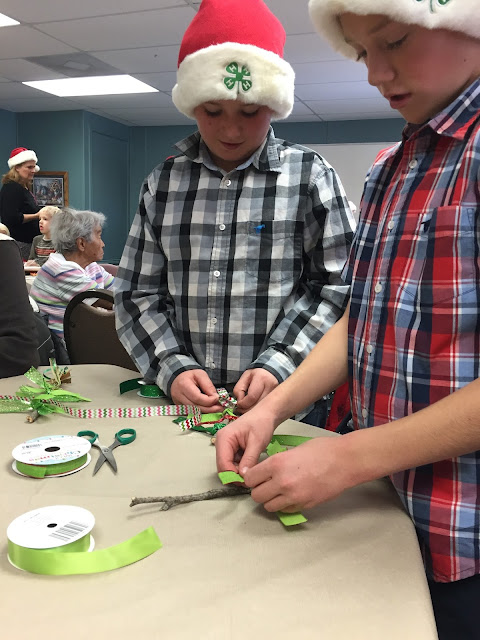 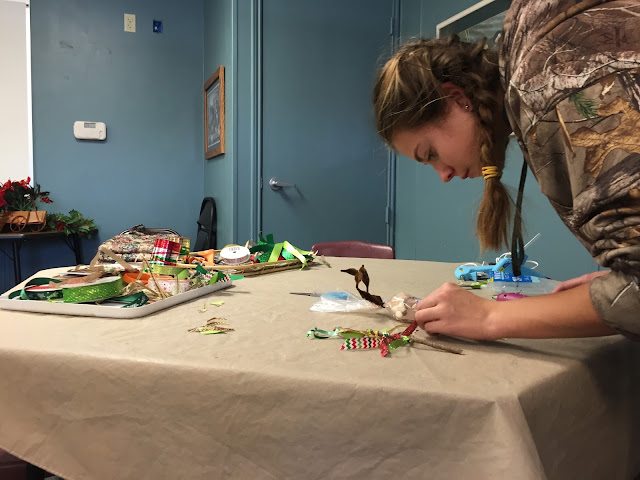 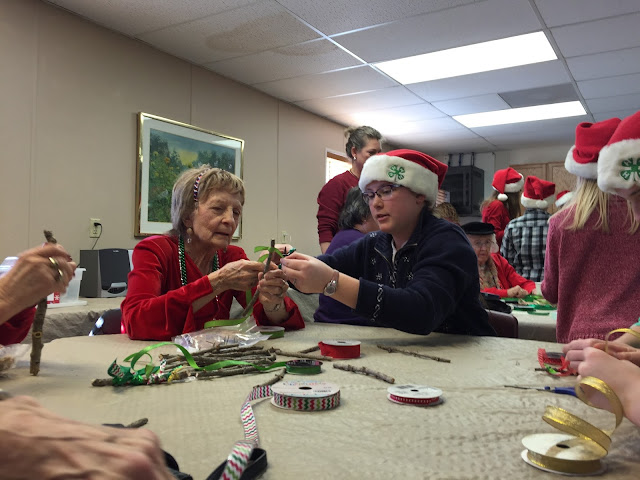 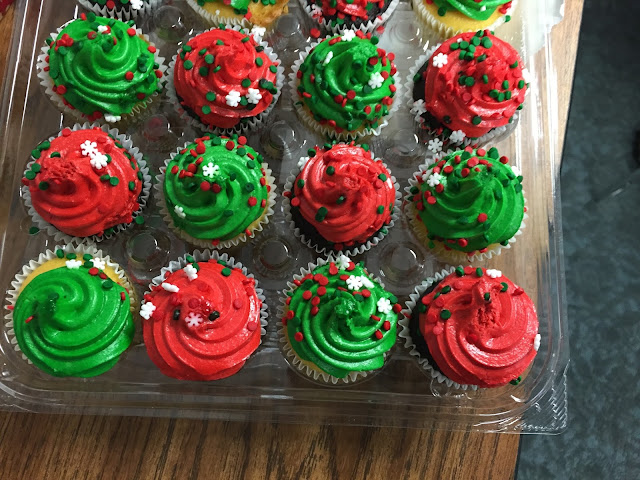 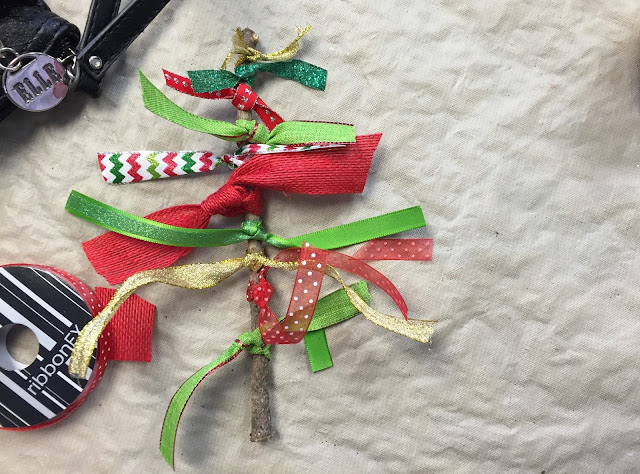 I took the kids to the senior center so that they could serve. I never knew that I was the one who was going to be so blessed. When it was time to leave the man I had the joy of sitting with thanked me for taking time the time to talk with him. I squeezed his hand and told him that the pleasure was all mine.

I forget so often that time can be the greatest gift.

How blessed I was to spend the afternoon with a precious old man who lived his life loving well.