We had a week of all things pumpkin here on the farm...

While the older kids did their lessons, The Charmer and I made some pumpkin-spice play-doh.

We used this recipe__

**The more the kids played with the dough, the more orange the dough became. When we first put in the food coloring, the dough looked more tie-dyed than the orange we were going for.

**Next time I'd add little more pumpkin spice than the recipe calls for.

** It takes a good five minutes for the "batter" to turn into the big ball of dough, just in case you think for a moment that you might have done something wrong and it's not working.

**I usually pull out the play-doh to entertain the little kids, but before I know it, all the kids end up playing with it. Fall fun for everyone. 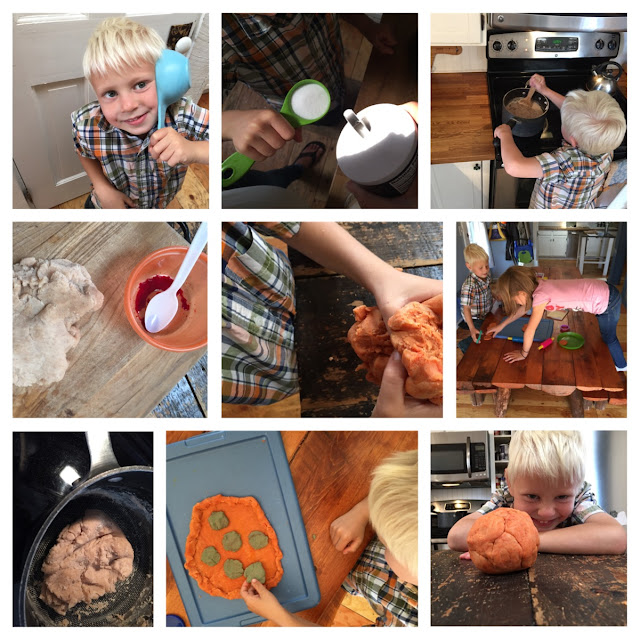 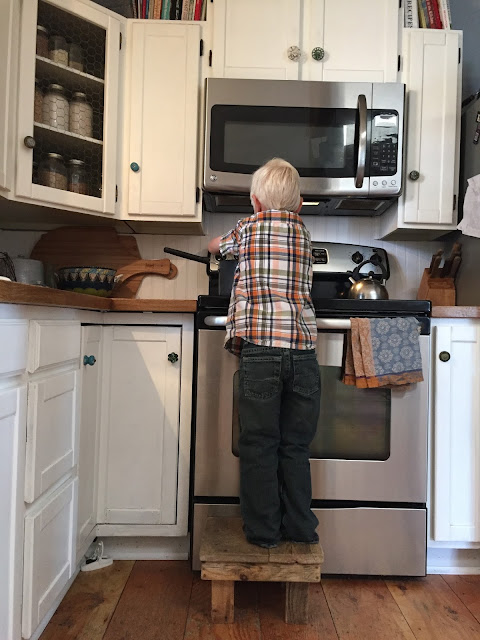 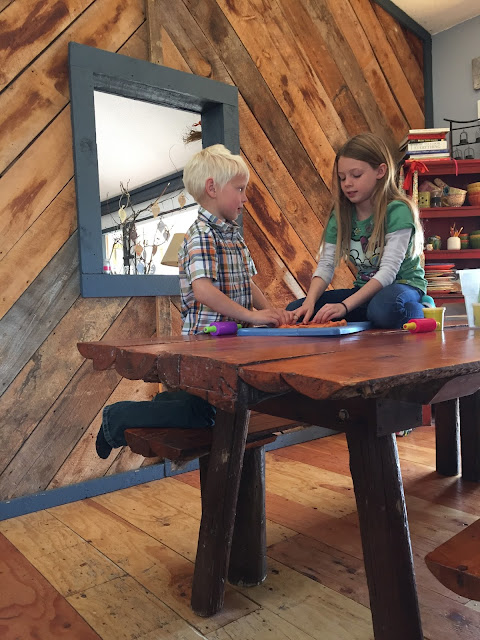 On Monday we drew and labeled all the parts of a pumpkin and read a bunch of facts about the history of pumpkins.


One of the facts we read  about pumpkins was that the pilgrims used to take the seeds out of a pumpkin and fill it will honey, milk, and spices and then cook it over an open fire until the pumpkin became soft. It has been said that this is where the pumpkin pie originated from.

So we tried it... except we used an oven instead of an open fire. 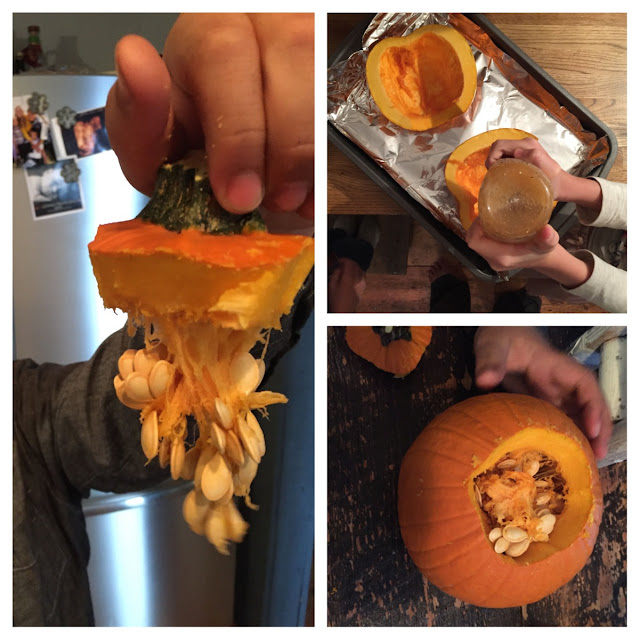 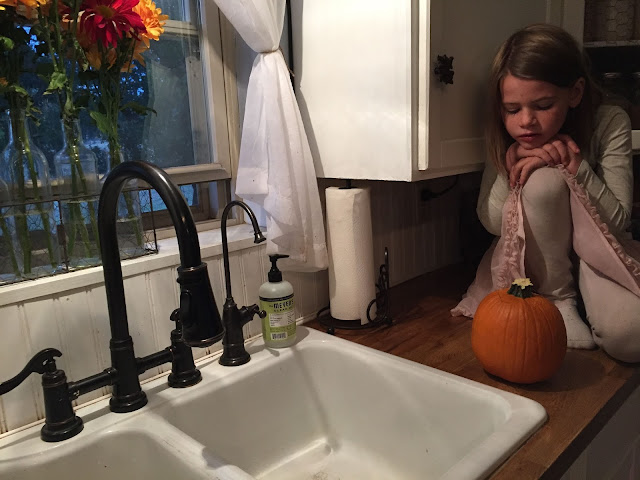 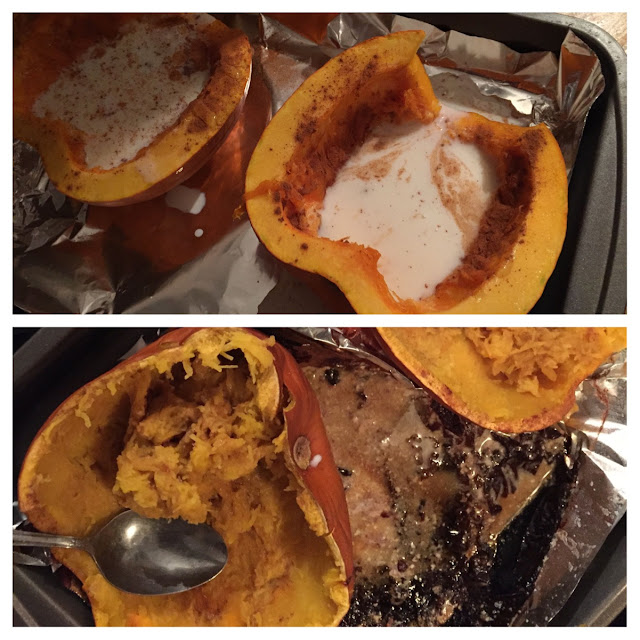 Every kid tasted it. Four out of the five like it and one gagged and threw it up in the sink. It was a fun, quick, $2 experiment, well worth trying once. :)

Some of the most delicious cookies ever, with cinnamon cream cheese frosting.
Recipe HERE. 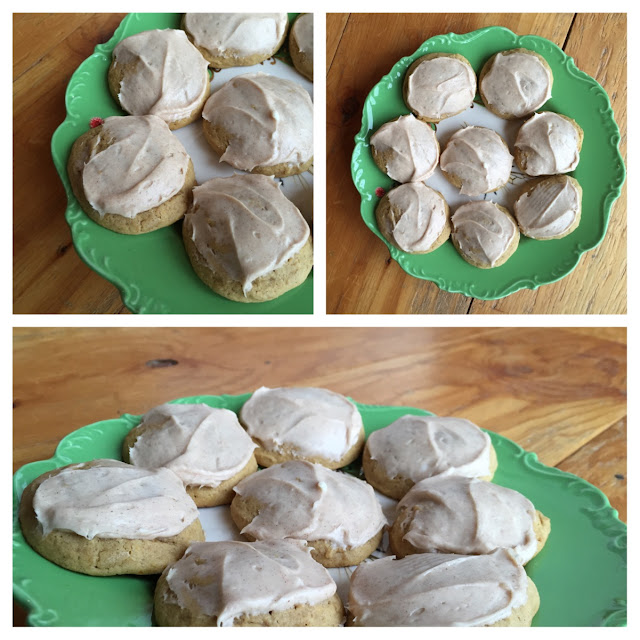 The Cowboy put on some Oldies and we laid paper bags out all on the sunroom floor. {We got free pumpkins at a Fall Festival that we went to last week with some other homeschool friends.} The kids carved and the Cowboy and I danced to The Twist in the living room. The kids kept laughing all shy and making silly faces when their Papa would pull me in close and kiss my cheeks. It all made laugh my deep, pregnant-lady laugh. I love when the Cowboy dances with me. :) 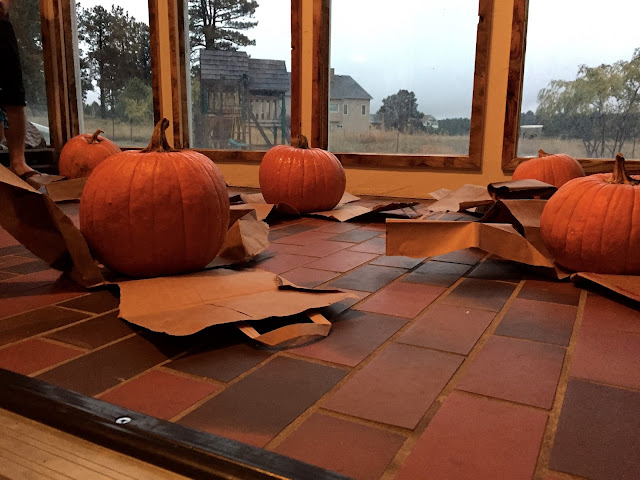 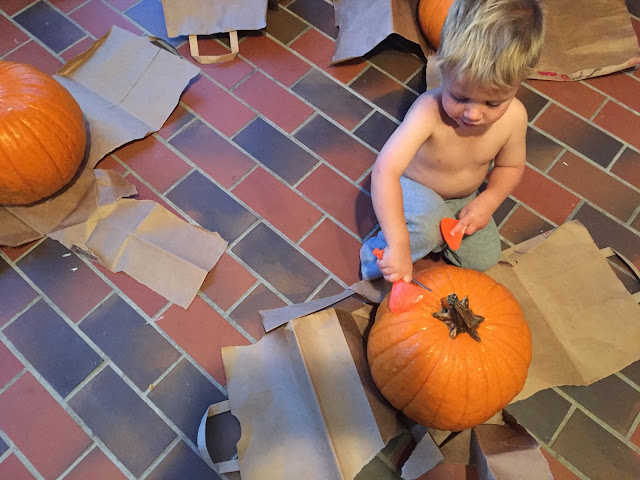 They were all royally grossed out by the sliminess of the seeds. Some were braver than others. Solomon kept coming up close to the pumpkin, then his Papa would pull out a handful of seeds and he would run away sticking his tongue out and laughing. These kids are hilarious. 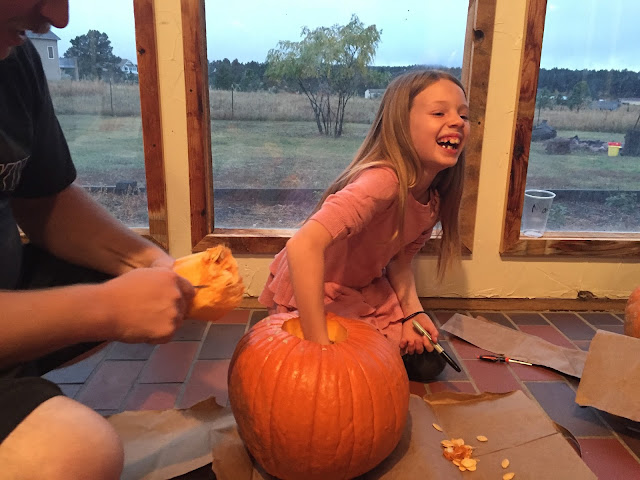 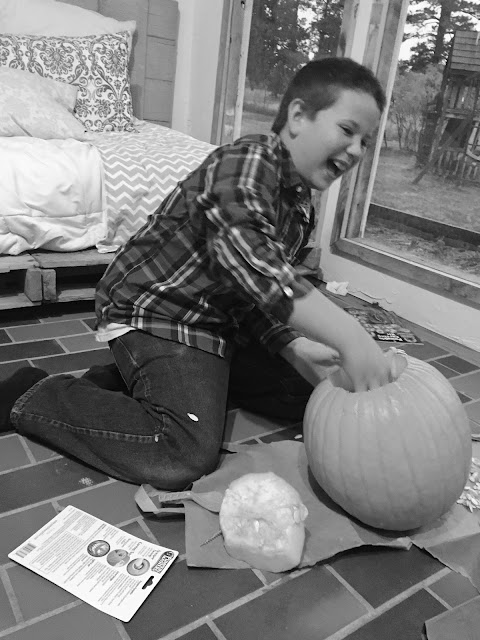 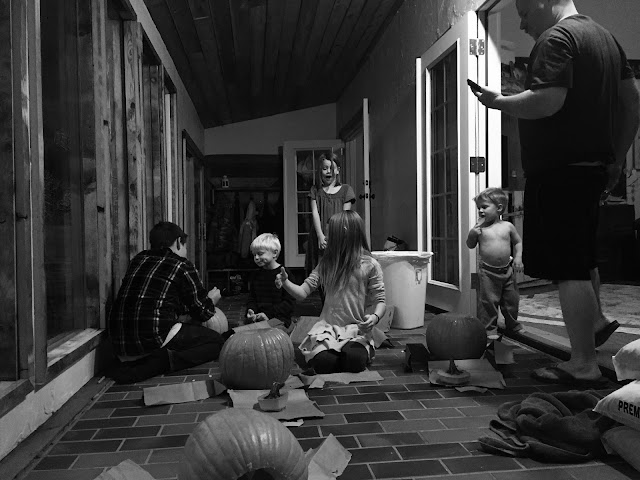 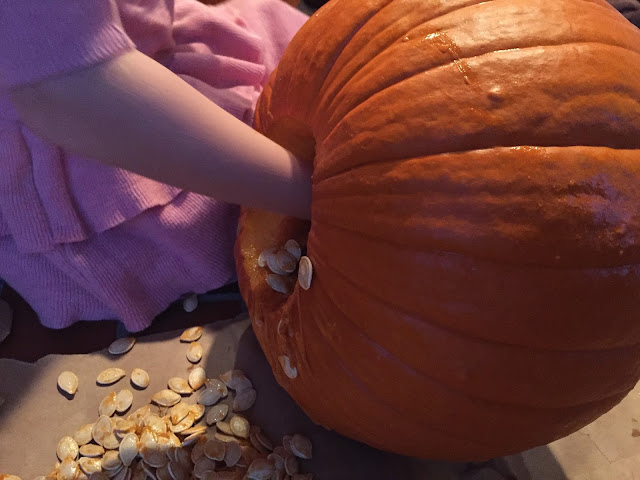 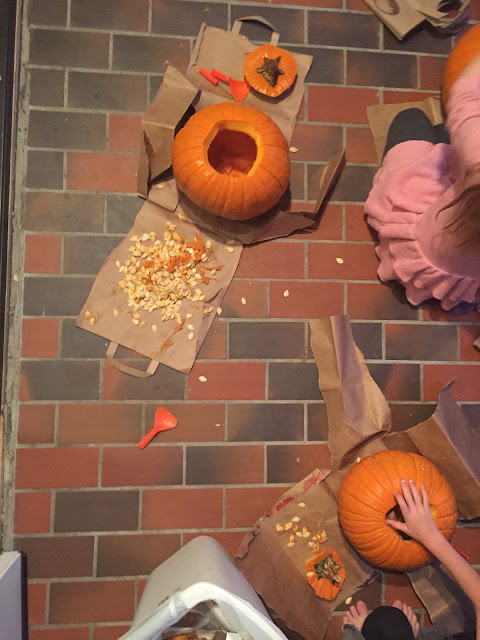 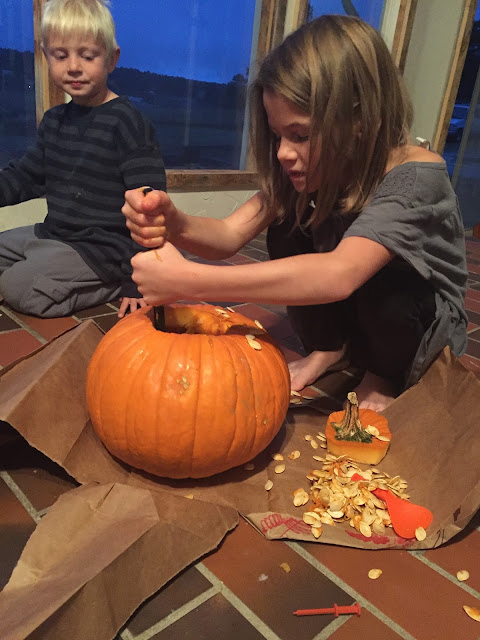 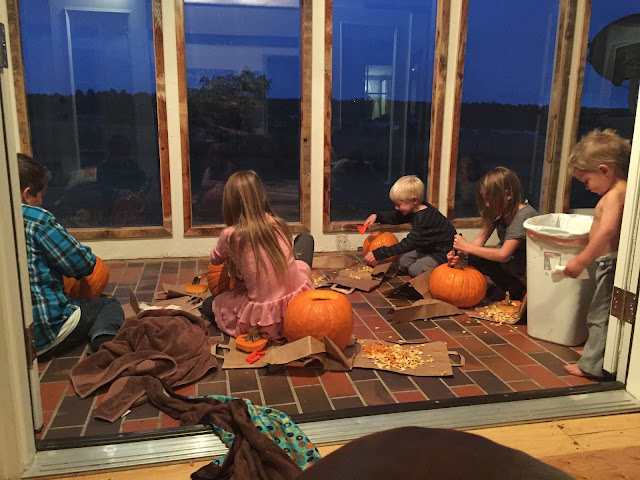 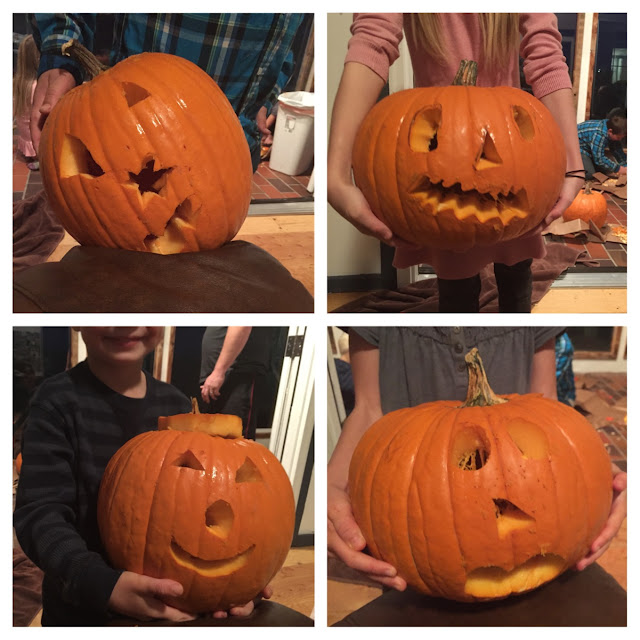 I love these pictures. I have my own pumpkin hiding under my shirt. 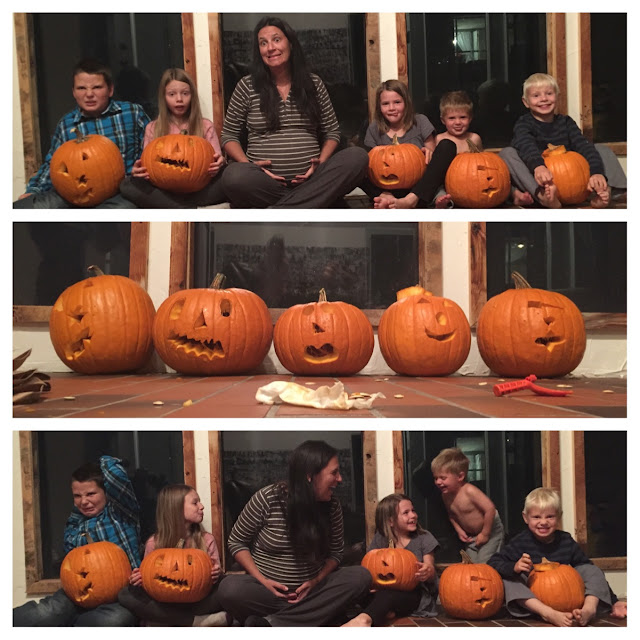 And I love everyone's faces in this photo__ Four of them were trying to do their "scary face"__ and then there was me and Solomon__ He was cracking me up.

Originally the kids wanted to have a pumpkin "day," where we did all these things in one day. But our current motto around here has become, "go with the flow" because when we wake up in the morning we never know what the day is going to bring; a tired Mama, a few sick kids, 50 folks at the farmhouse for a 4H meeting, doctors appointments. So our pumpkin day turned into a pumpkin week where we did all-things-pumpkin in between the crazy. Our family seems to be in a perpetual season of learning flexibility and slowly but surely that's becoming okay with my wanna-be-in-control-and-on-top-of-it-self.

Grace abounds in this place and when we choose grace we find joy.

It's been a fun week here on the farm soaking up all-things-pumpkin. :)