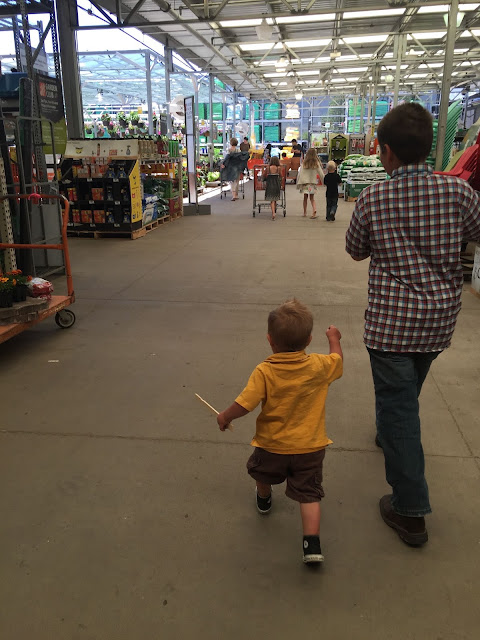 It's a little late to start a garden.

But we planted one anyway.

I wanted to go out to this awesome nursery down the road from our house but it is only open one weekend a year and I missed it while I was in CA.

So we went to the Home Depot.

We spent half the time following Solomon around.

He picked up some plants and dropped them on the ground. He found a long sprayer and pushed it around like a broom, which was a great distraction for about five minutes allowing me to pick a few flowers for the planters on the front porch.

Then we went in to get the seeds. And well, Solomon got the seeds alright. We couldn't get them back on the shelves faster than he was taking them off. Then his kind sister helped him find something else to do besides throw seed packets on the floor, and she showed him how he could push the cart up and down the isle instead. That gave me another three minutes to pick out seeds with the other kids.

After much ado, we made it back to the car, then back to the farm, just before the rain came__again.

So we didn't plant that afternoon. 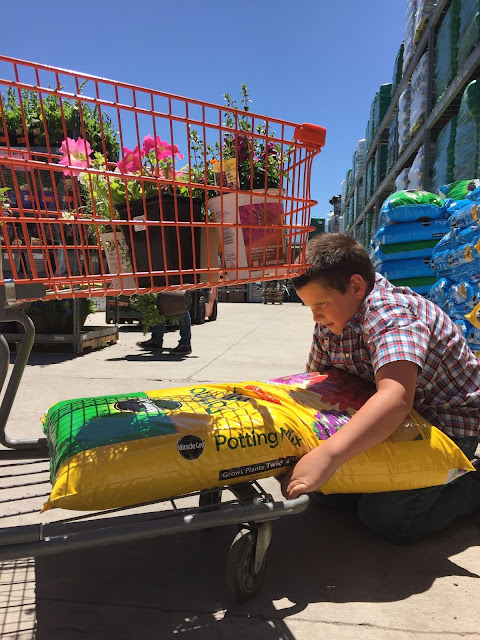 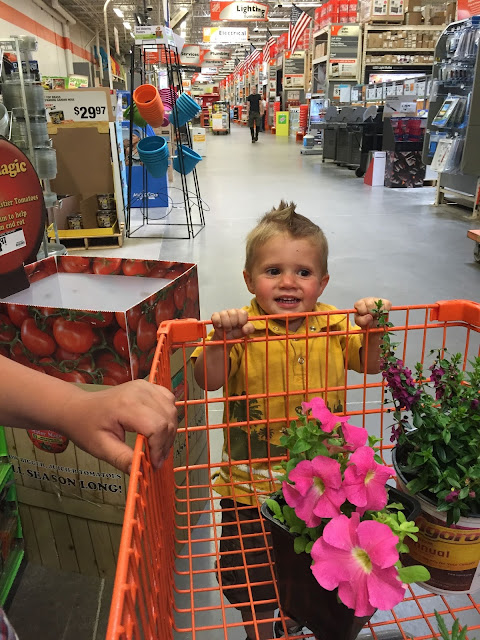 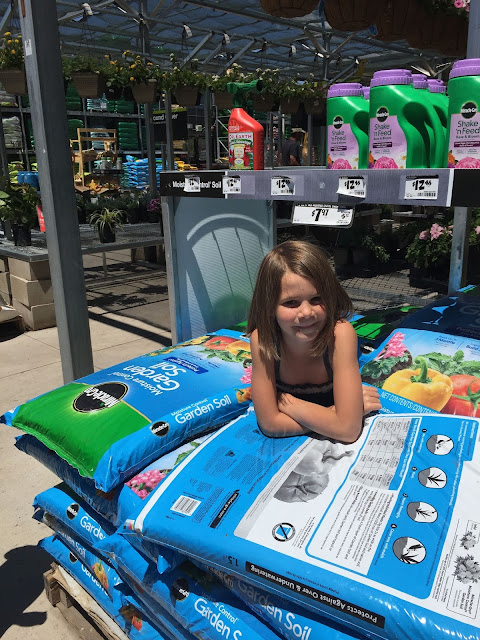 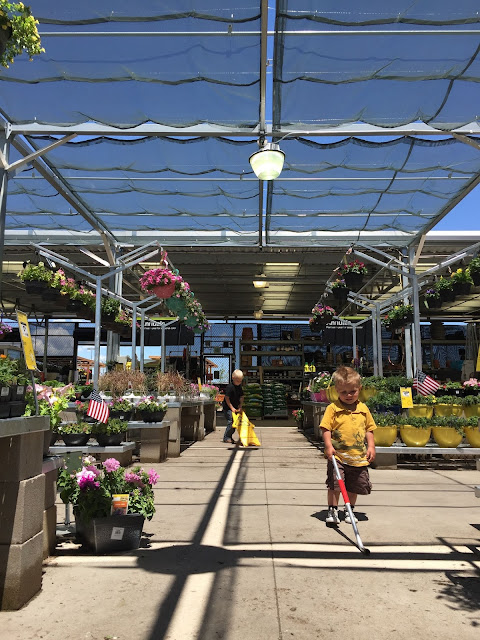 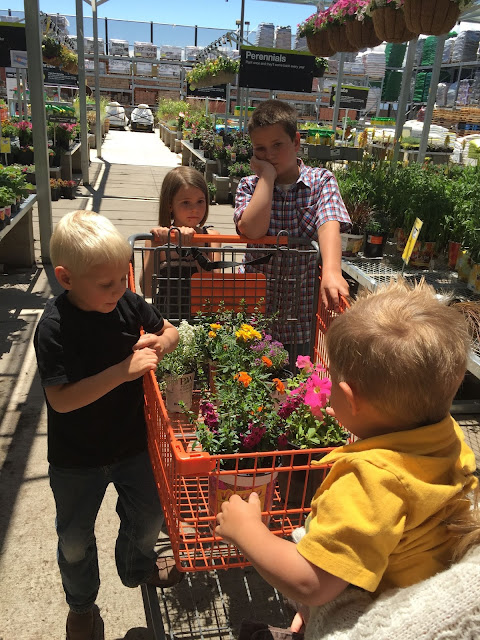 They all wanted to help. I've discovered over the years that the best way to let everyone help is for me to have them help me one at a time. So I put three in charge of Solomon and then I'm not all flustered trying to help the four oldest all at once while simultaneously trying to keep Solomon from digging up the seeds we just planted.

I gave each kiddo a packet of seeds and we planned out our garden and where we were going to put what. We used paint sticks to label our rows and we planted flowers all throughout our vegetables. I read somewhere that the flowers help the vegetables grow. I'll let you know if that's really true as summer goes on. 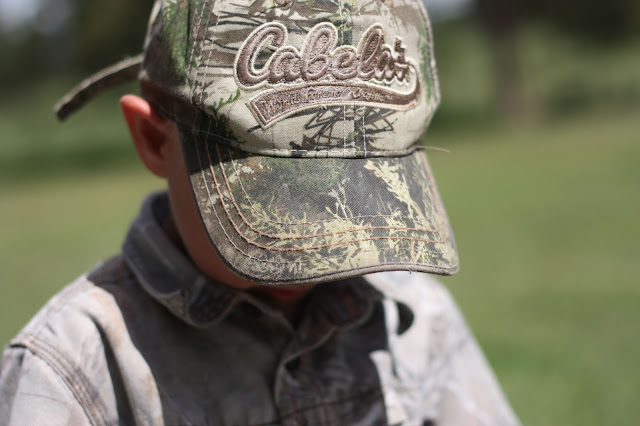 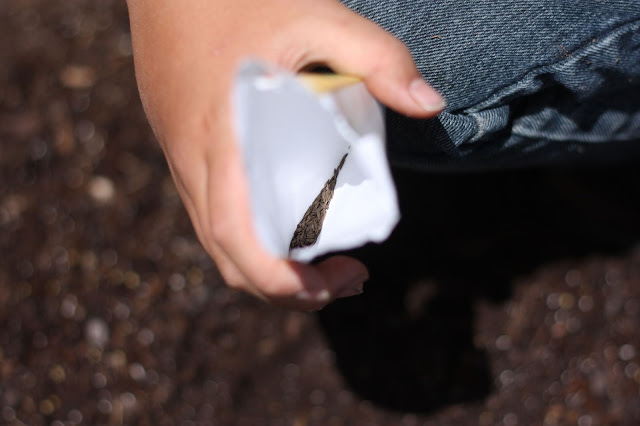 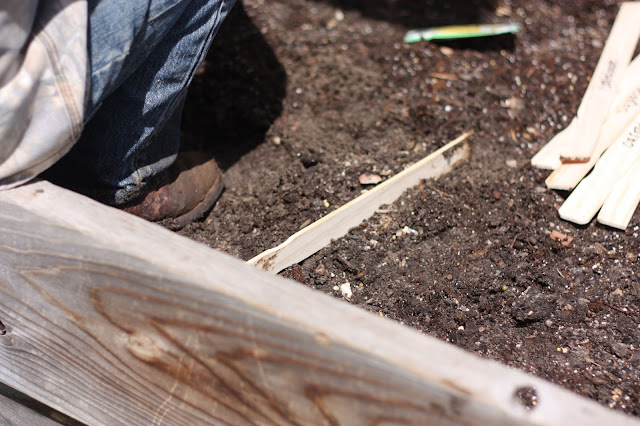 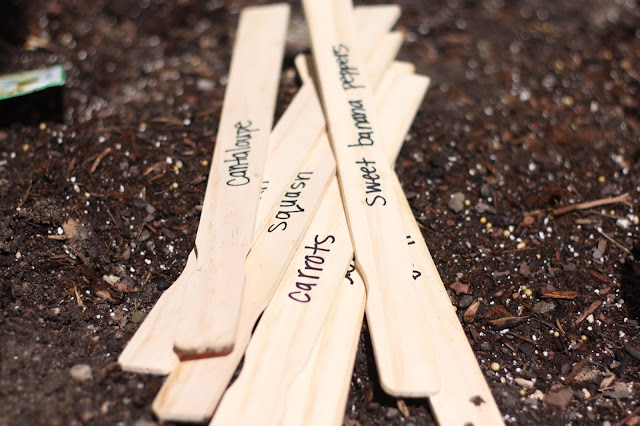 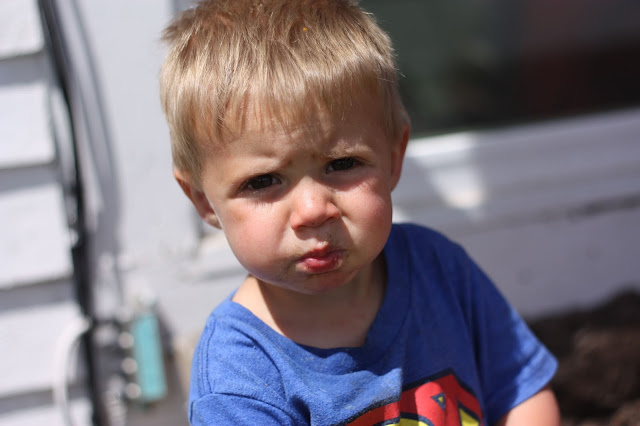 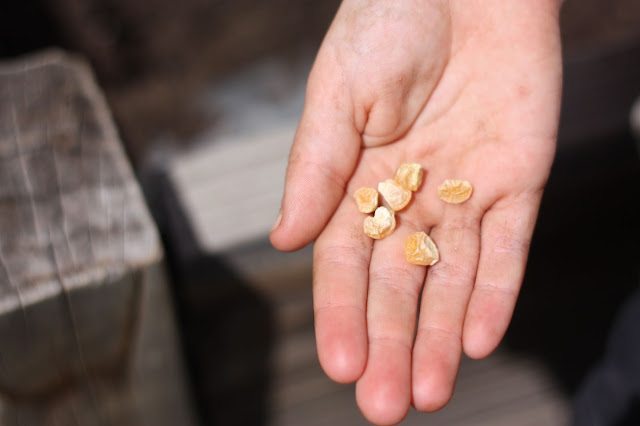 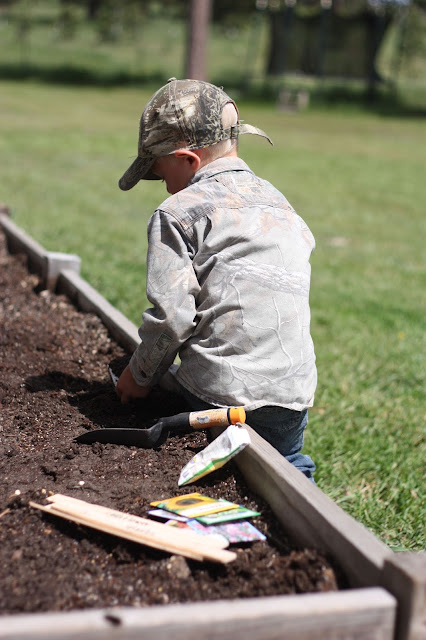 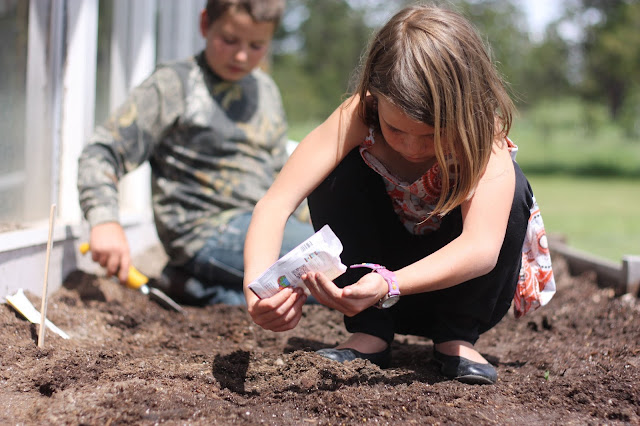 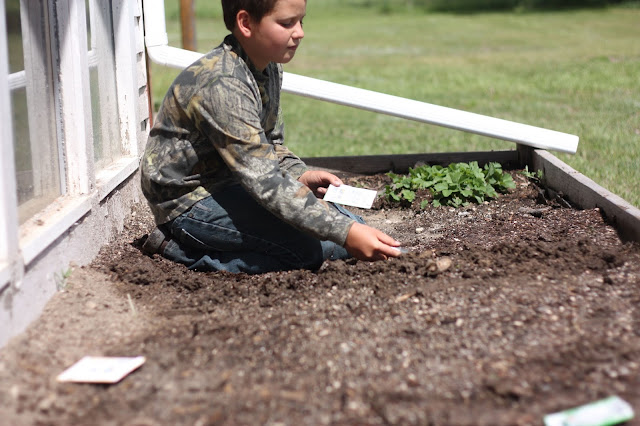 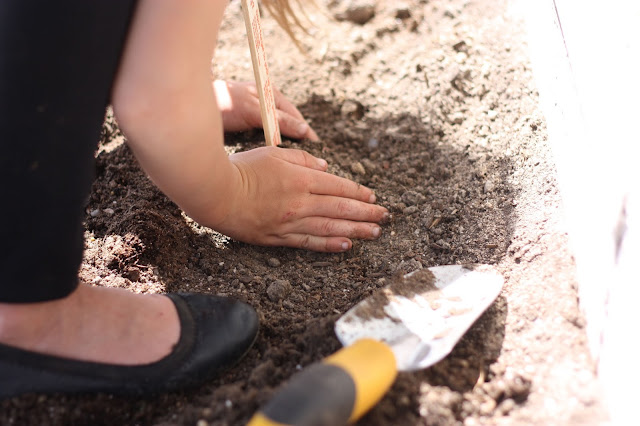 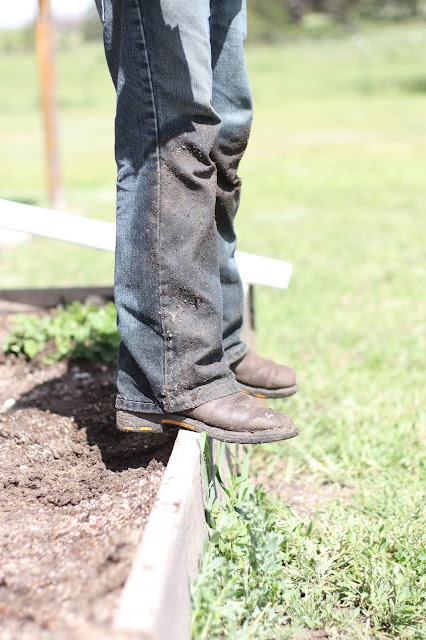 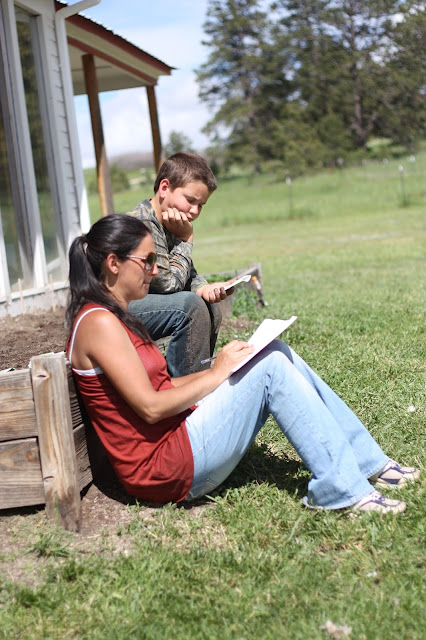 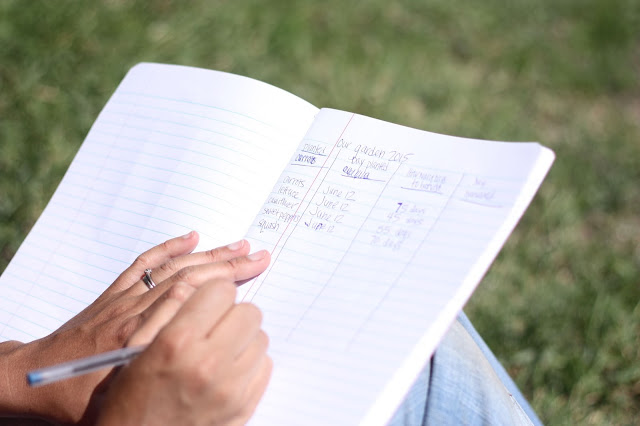 The kids wanted to know when their vegetables were going to be ready so Siah and I made a chart and looked on the back of the seed packages to figure out what weeks we might be able to pick some of the things we grew. It looks like several things should be popping up in mid-August through late-September.