I've attempted a few times to help the kids draw a self portrait. The first time around we watched a video on you tube together and just paused the video so we could draw step by step. They turned out fine, except for one little detail, they looked absolutely nothing like us... 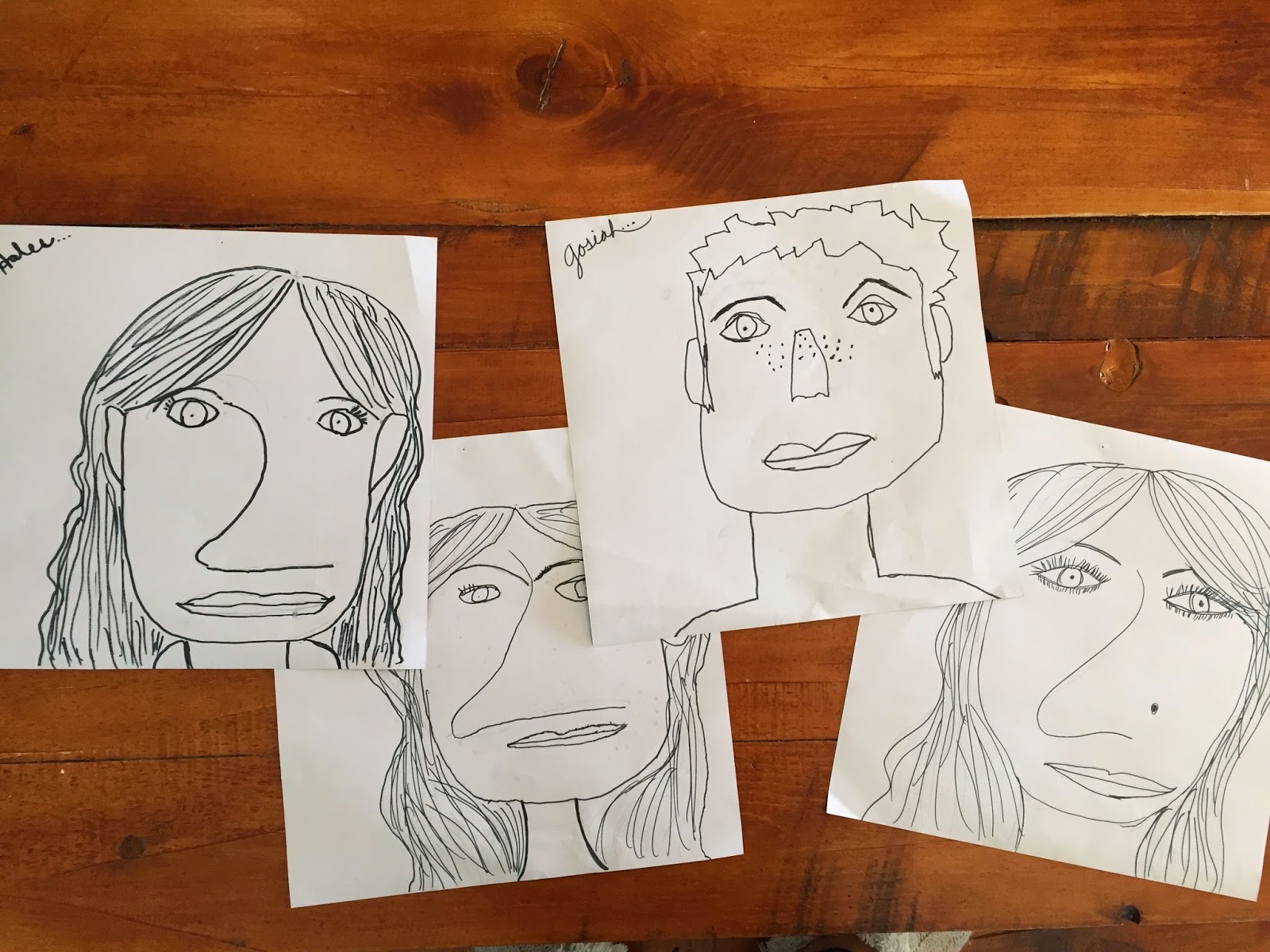 This time we started with these four lovely faces. I took them this morning and then printed them in black and white on a regular sheet of paper. 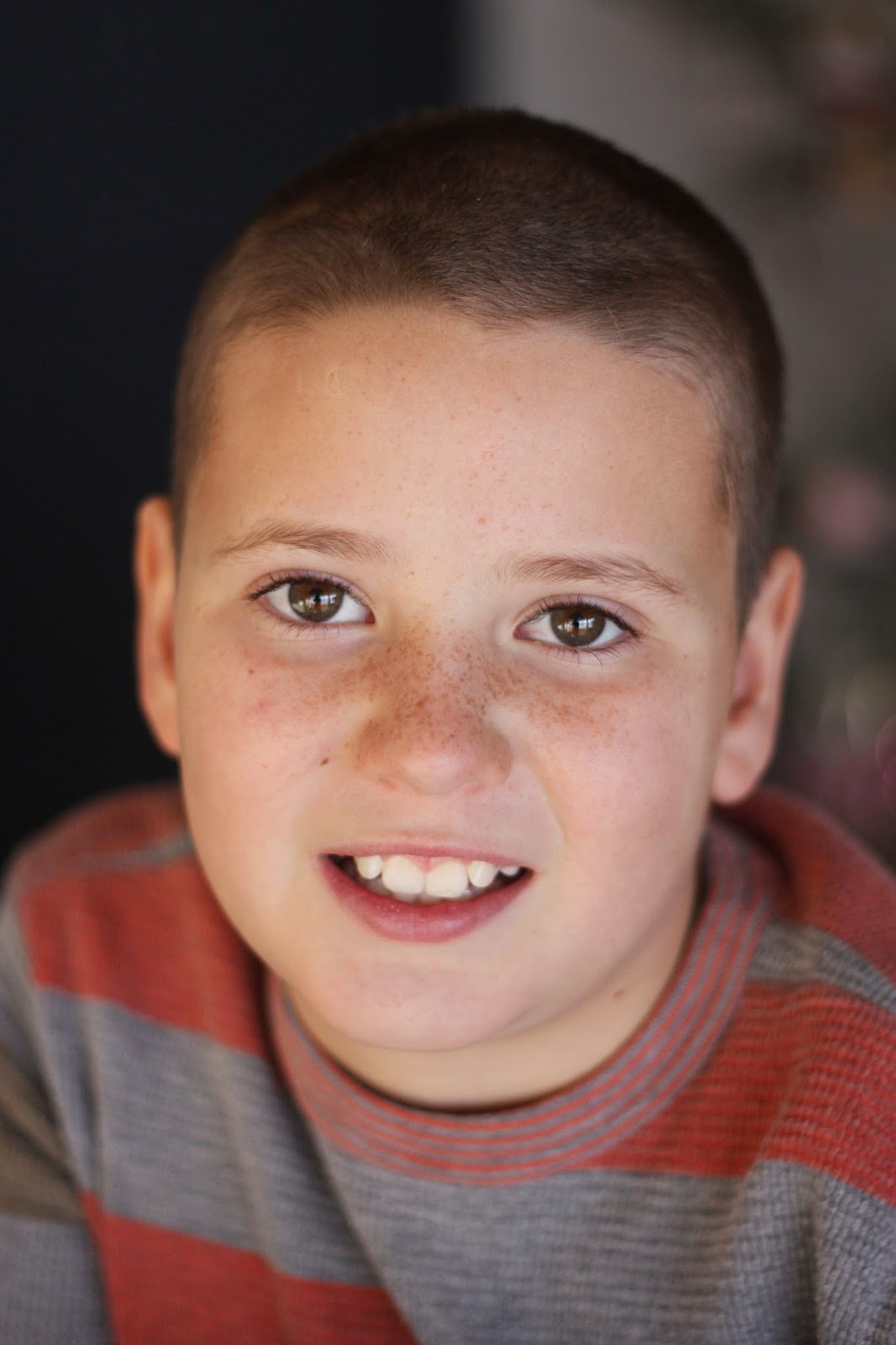 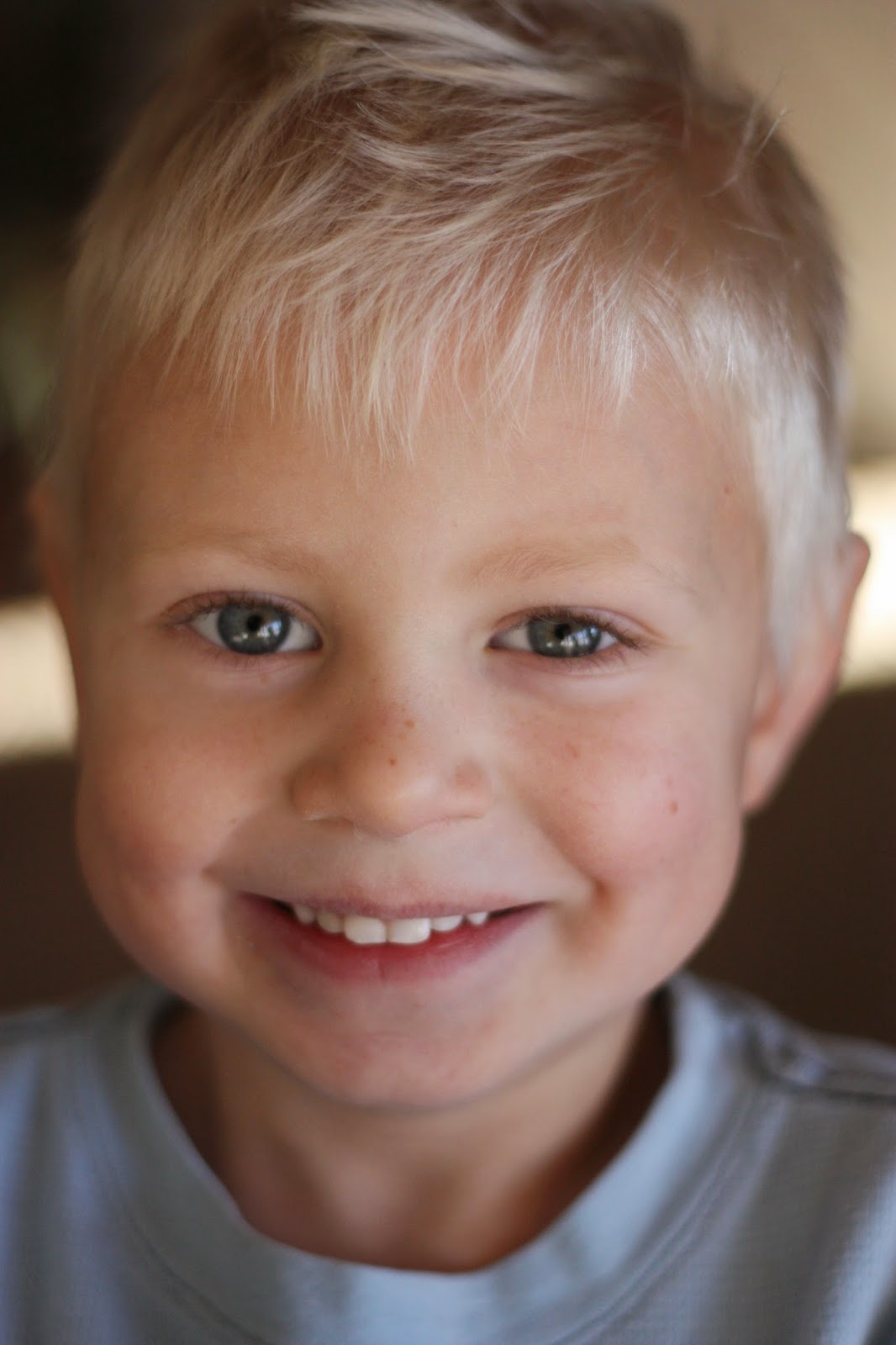 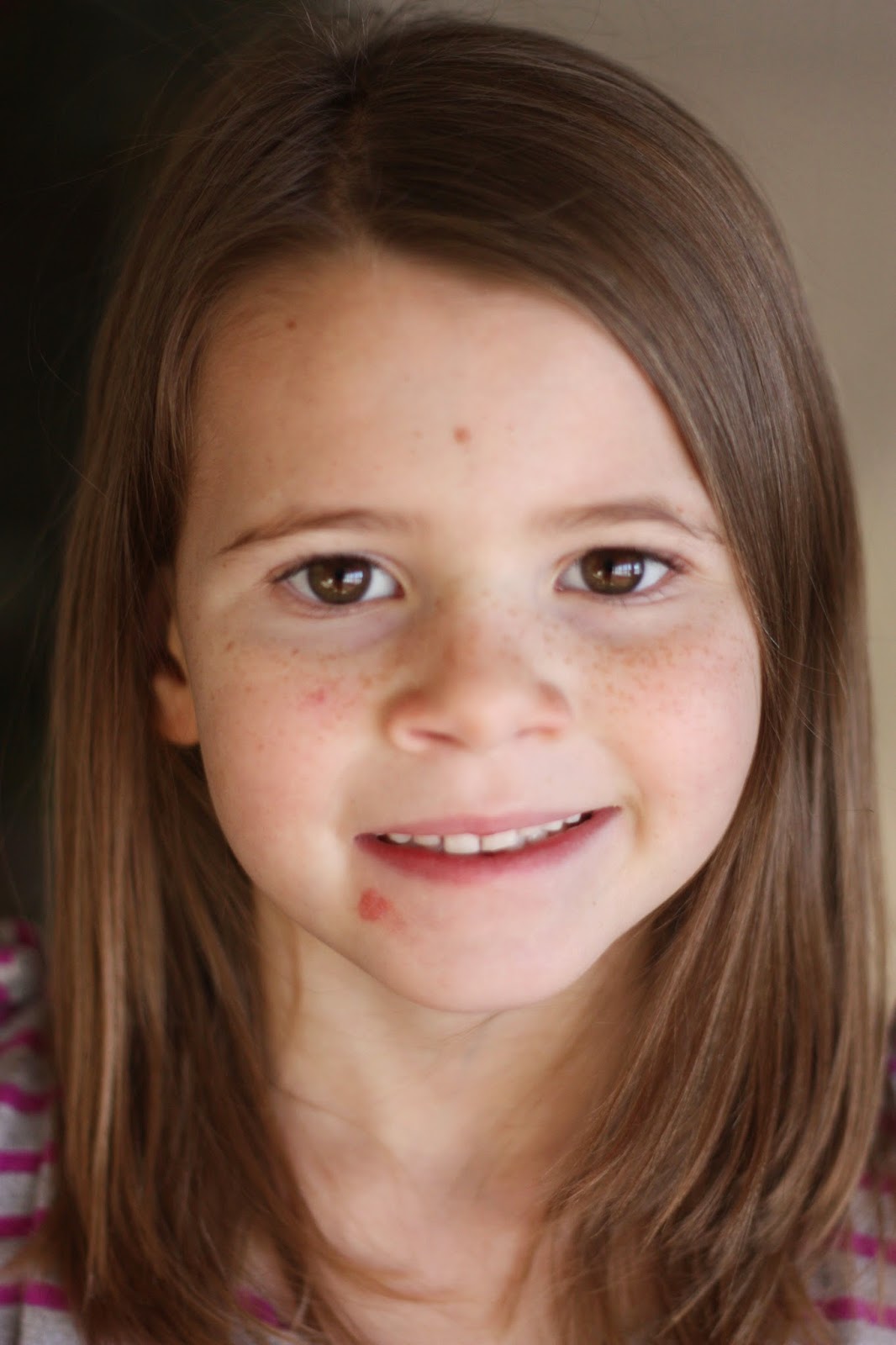 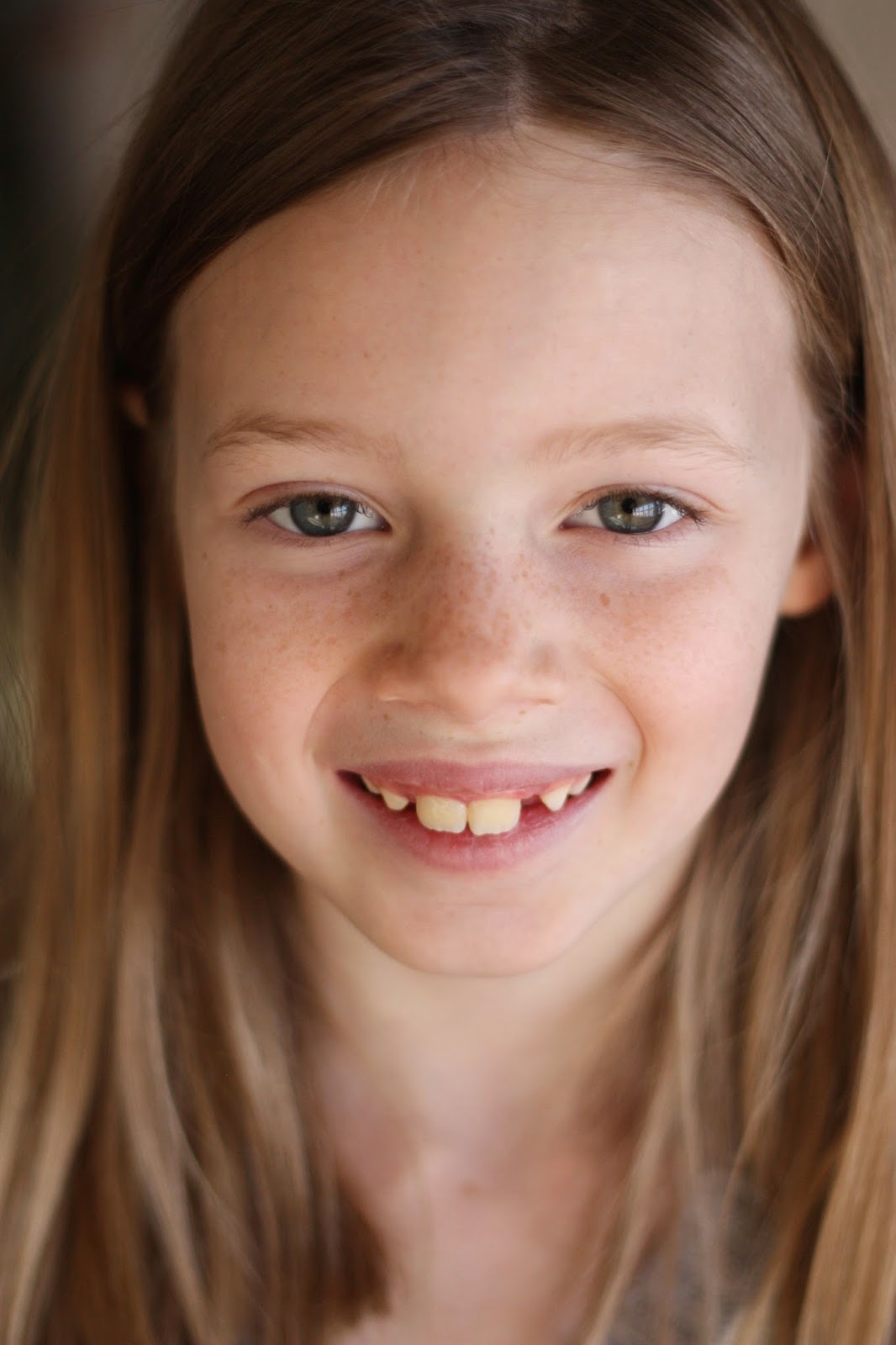 Then I gave each of the kids a piece of laminating paper to place over their photo. 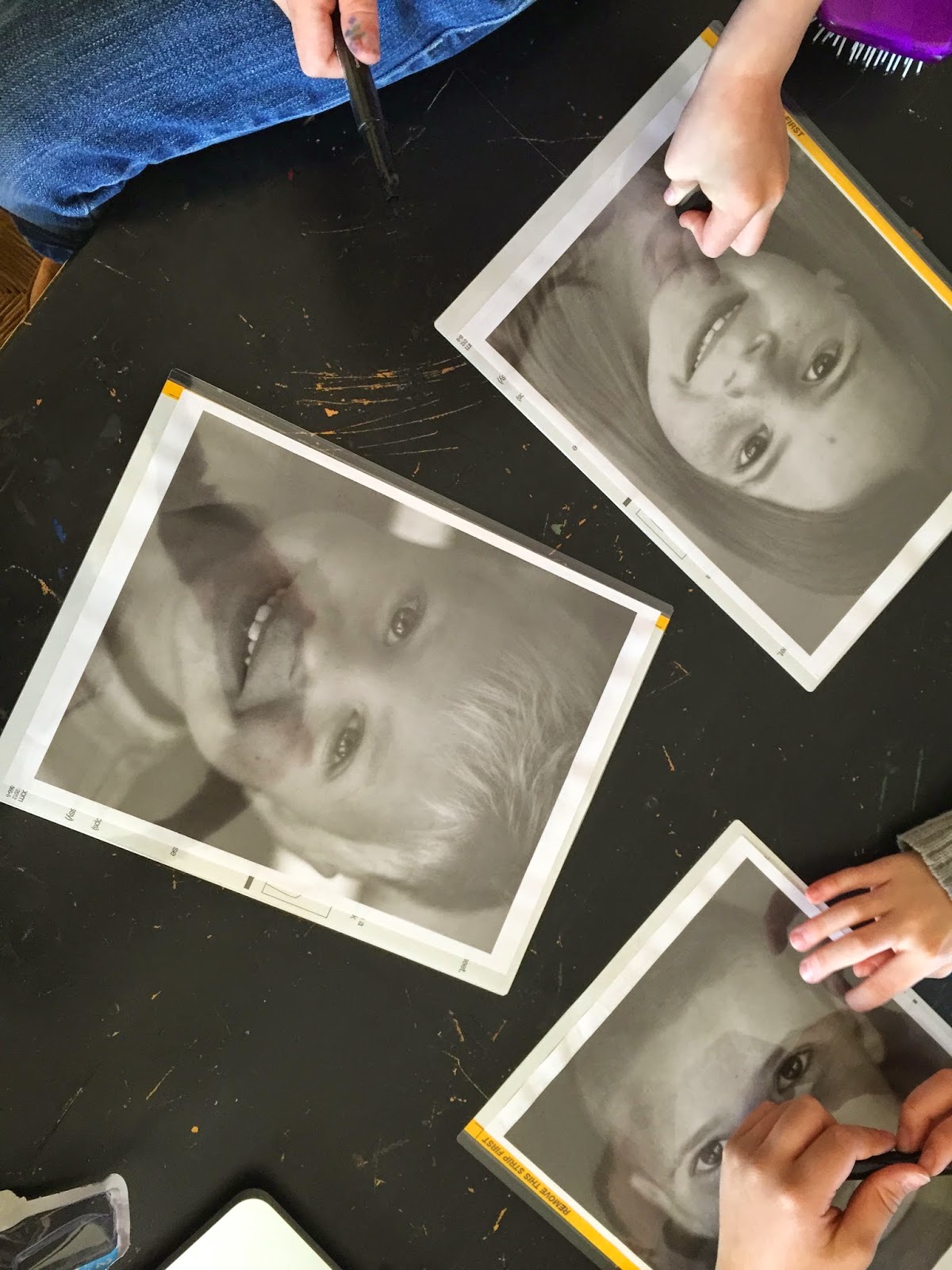 I told them to simply trace all the defining lines on their photos starting with their eyes.
(We used a permanent marker to do this.) 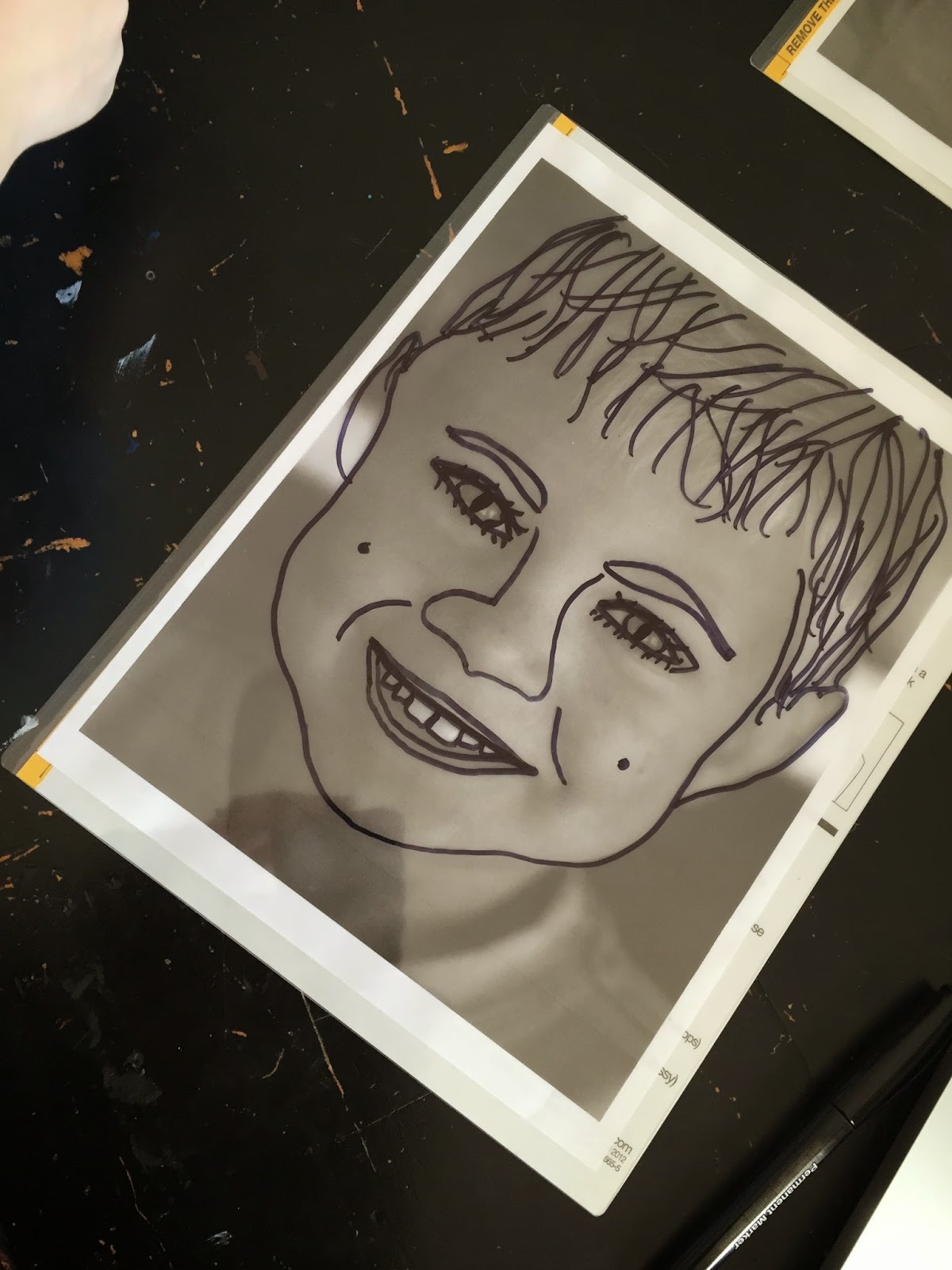 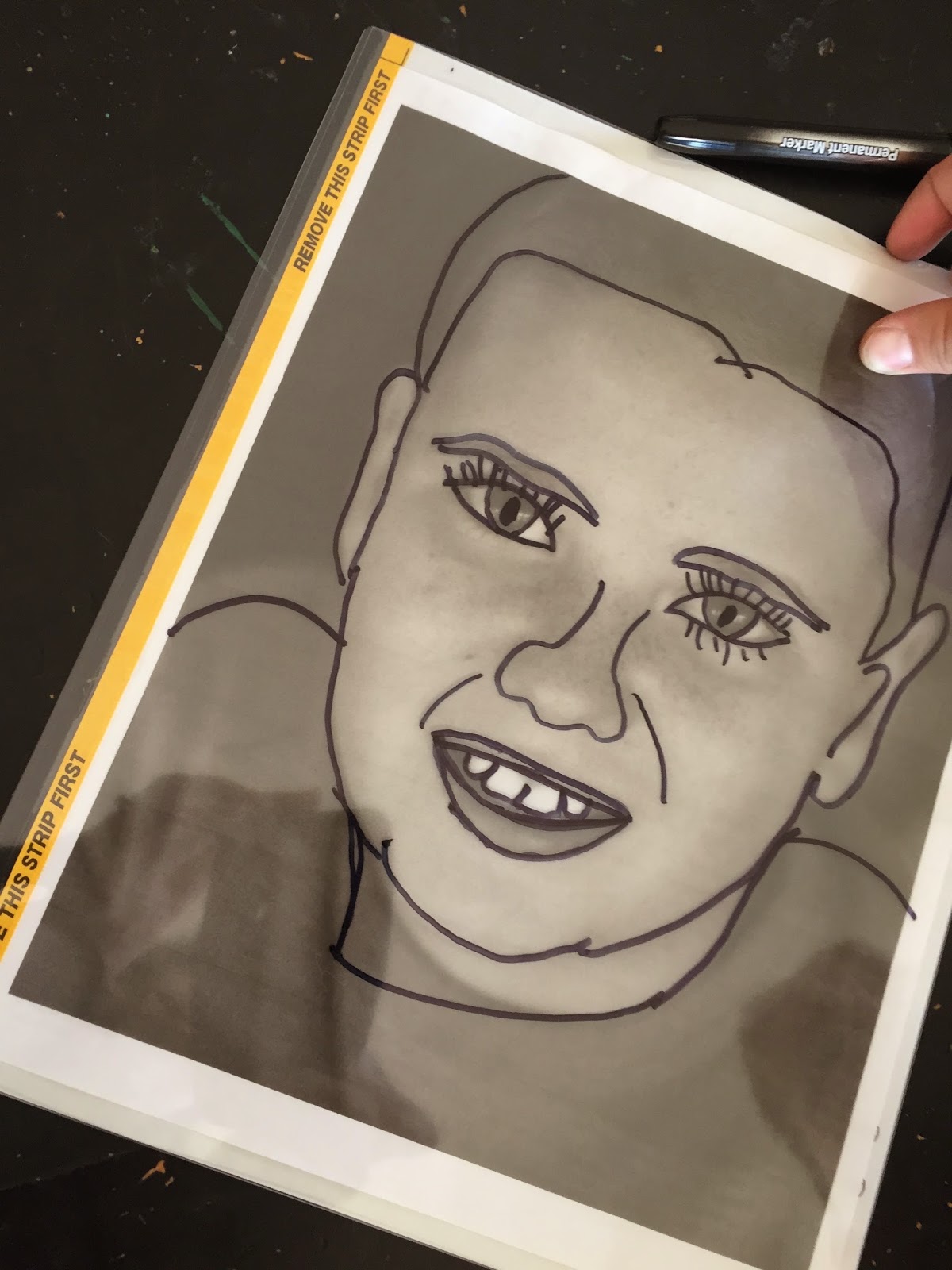 We removed the original photo and held them up to the light. 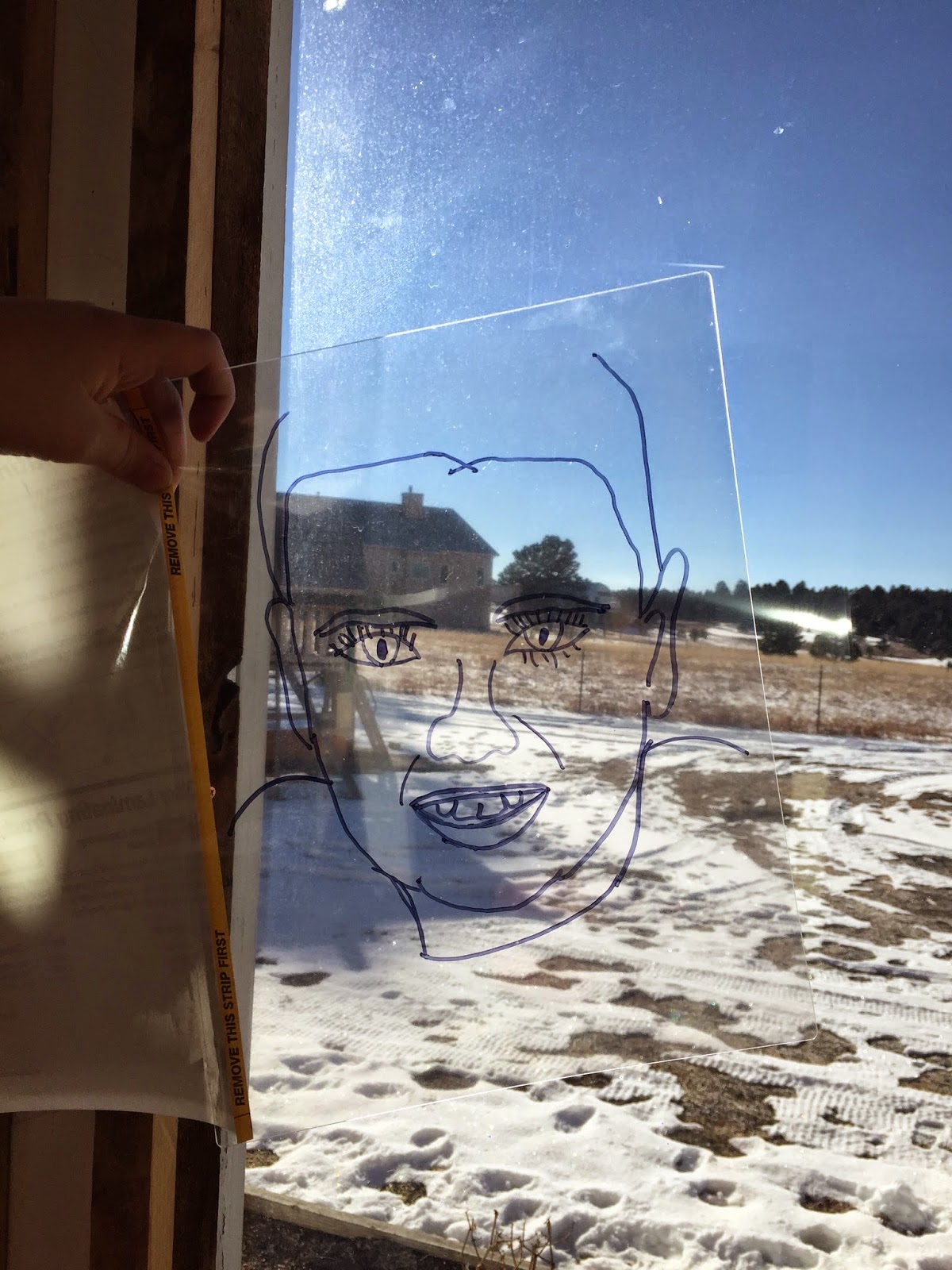 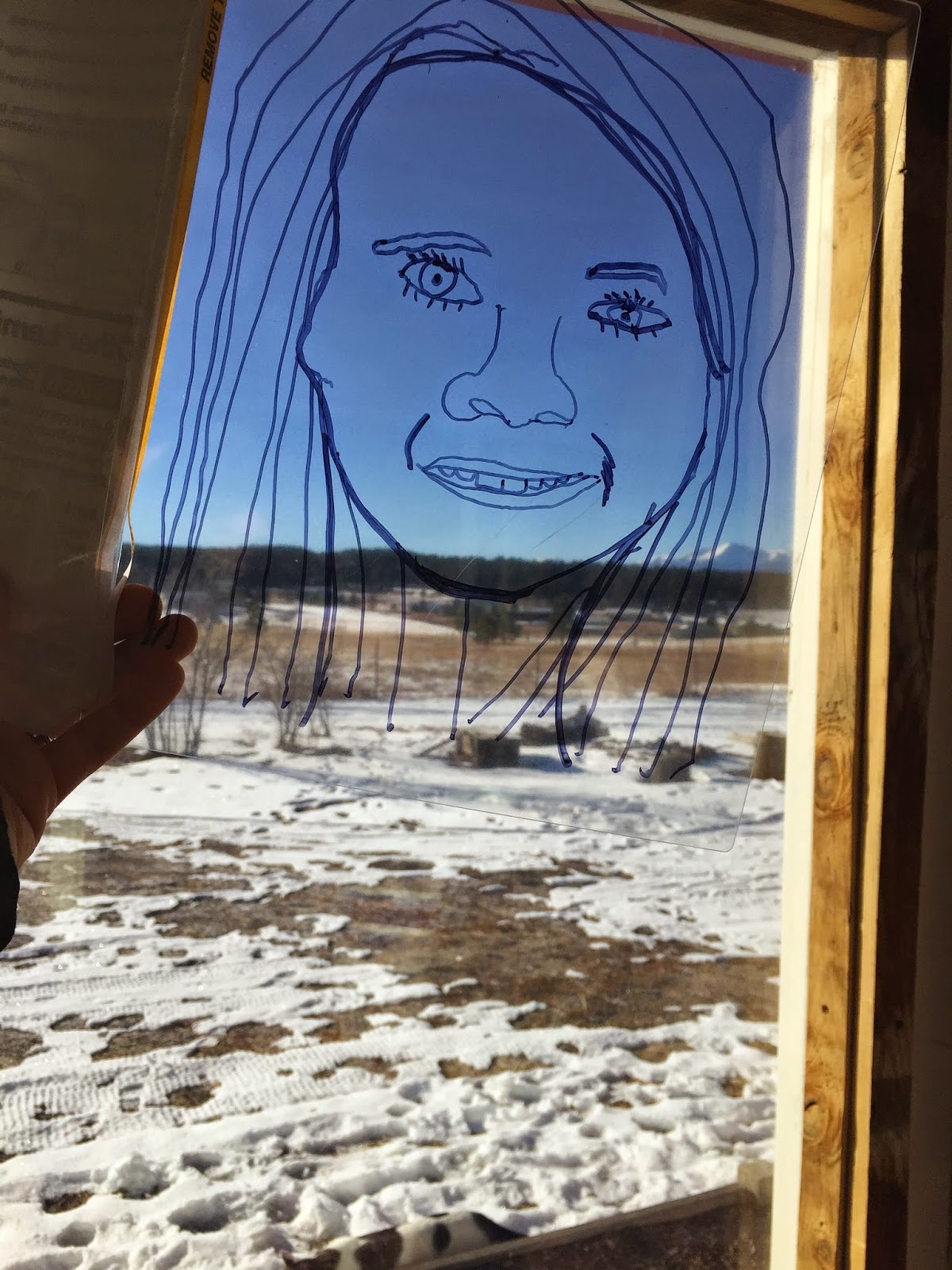 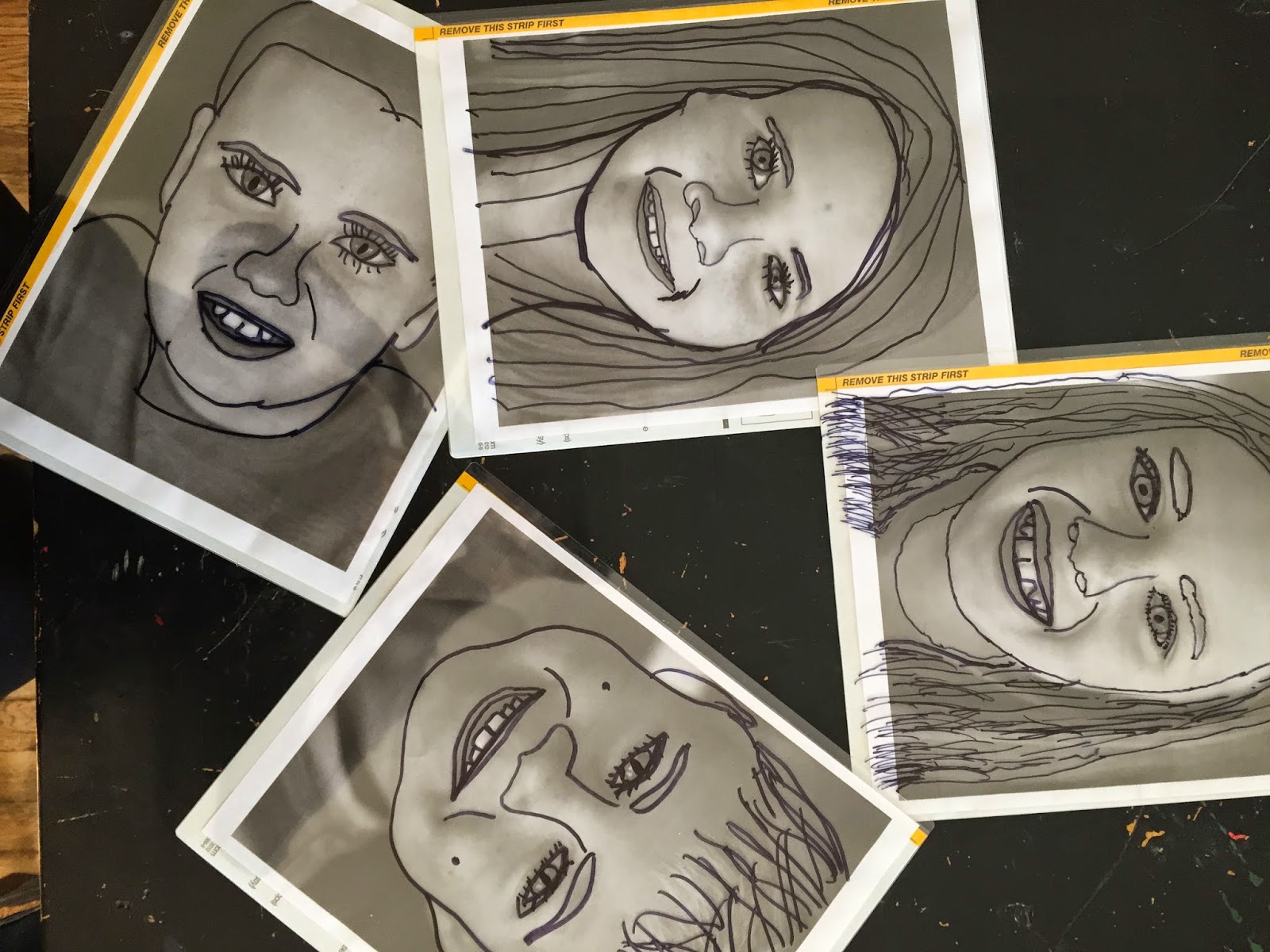 Lastly, I had the kids pick which color construction paper they wanted to place behind their self portrait.
I like the way you can tell that these four cuties are siblings. They have distinct features but many similarities as well. 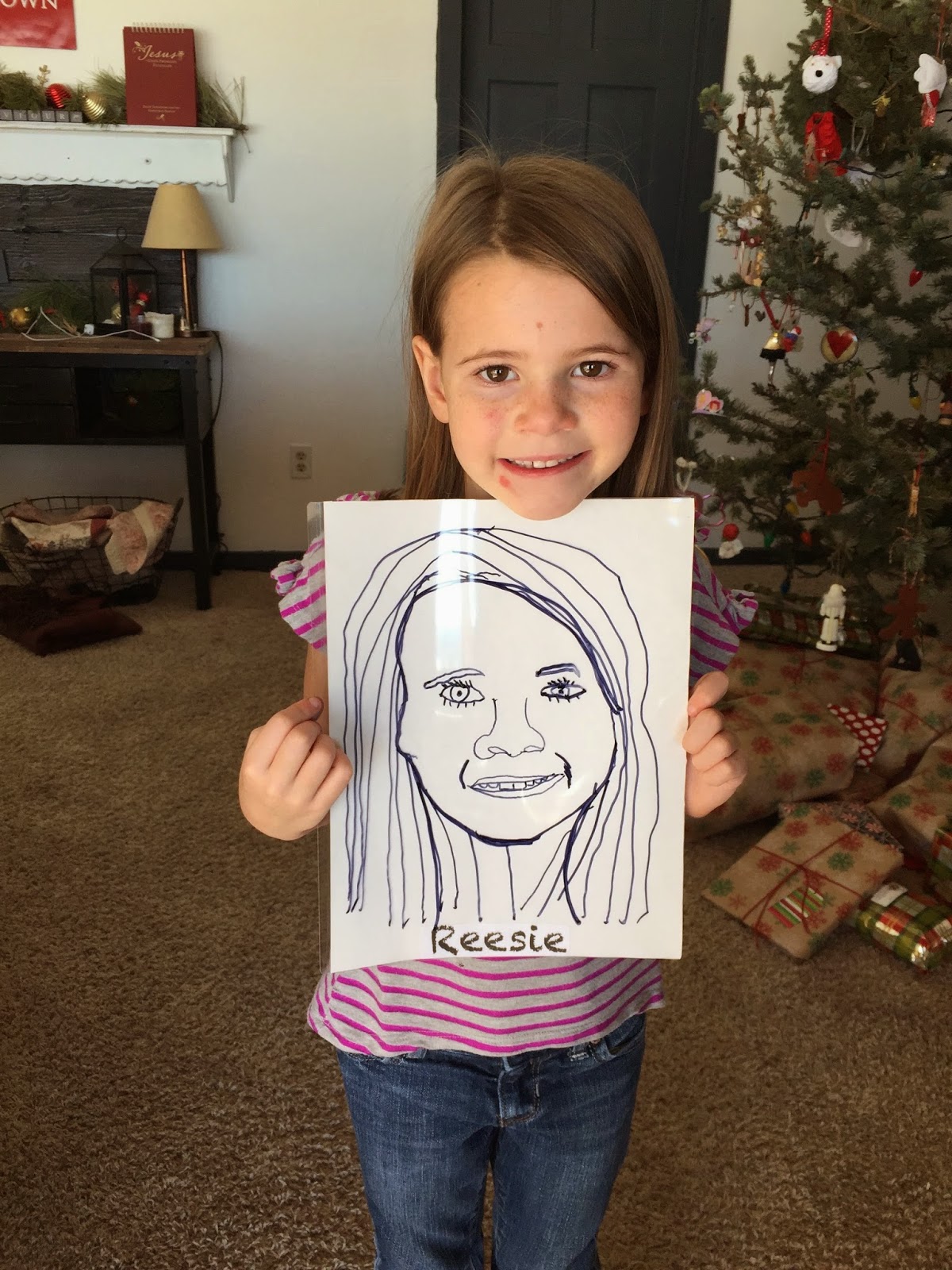 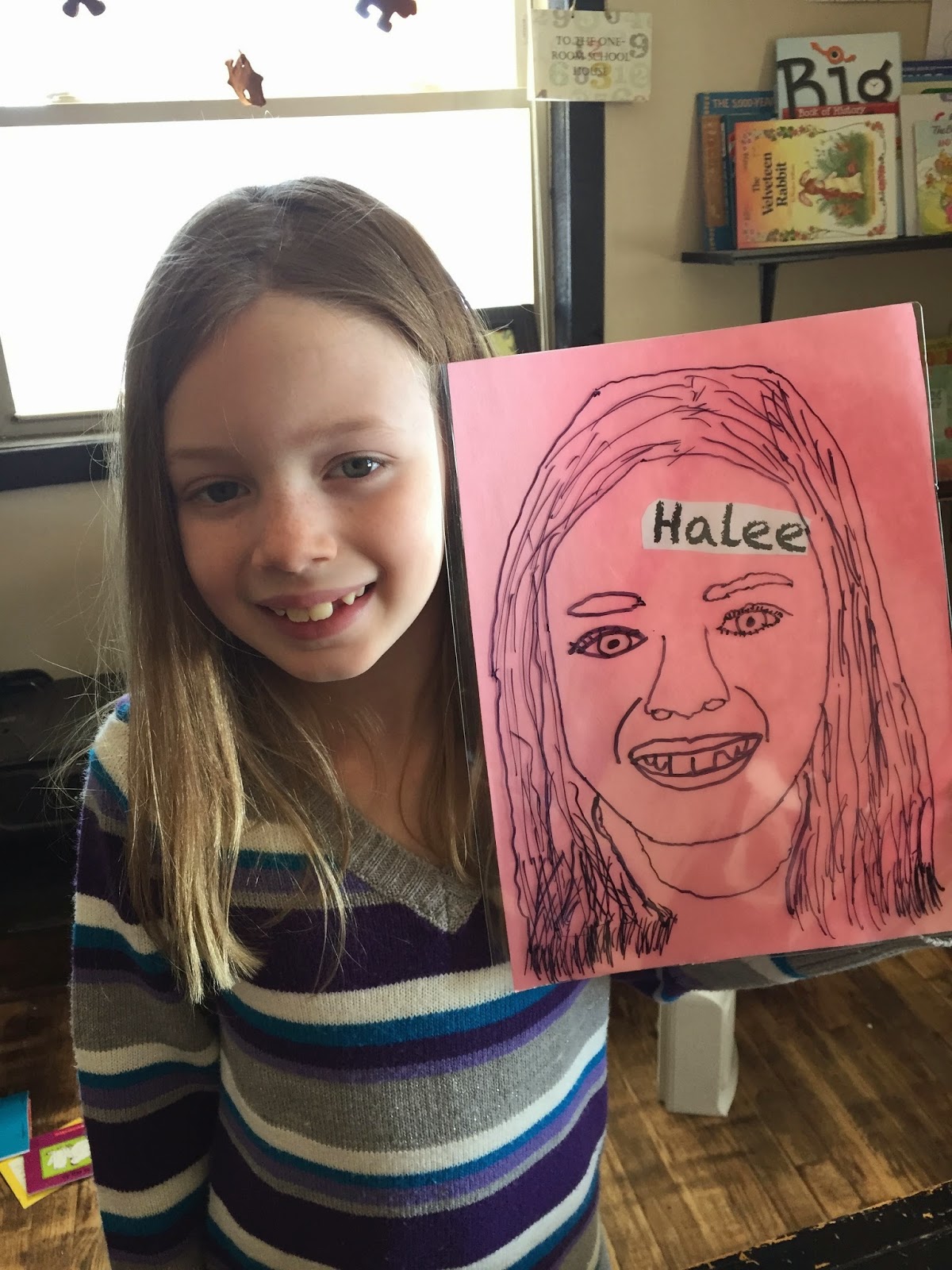 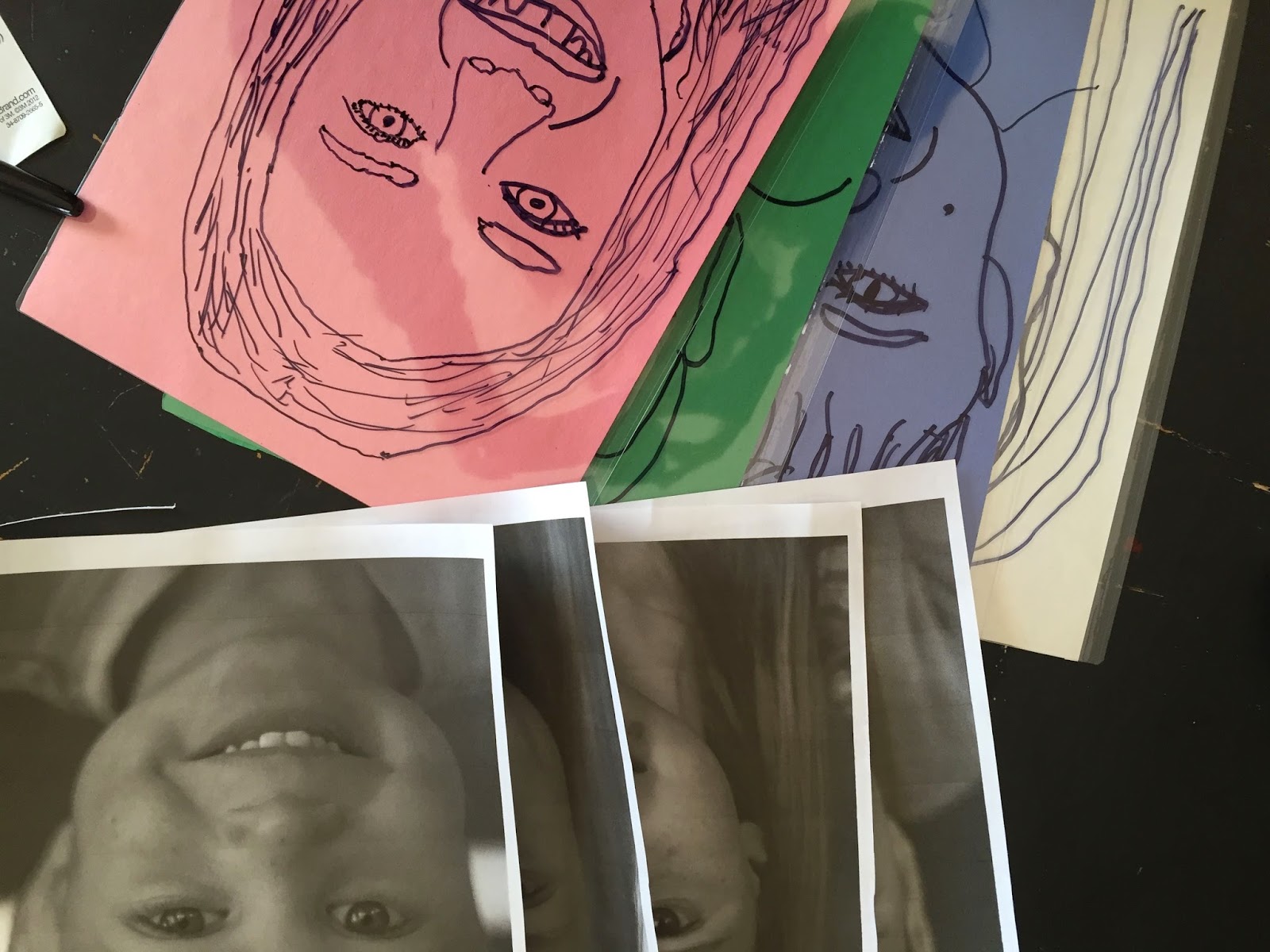 I helped The Charmer with his tracing but the other three were able to do this project completely on their own.

I remember when we first started home schooling my Siah. I remember seeing so many things on the internet that I wanted to try with him. And I remember trying things and getting crazy frustrated because I ended up doing so many of the projects that I was wanting him to do.

I know it may sound so obvious to most, but it has taken me all these years to realize that I was simply expecting something from my four-year-old that was meant for an eight or nine year old. It's so much more fun now that I know and I can joyfully help the little ones and delight in the accomplishments of the older ones.

I have so much to learn being a Mama-Teacher. I'm thankful for the opportunity and the privilege to walk these two roads simultaneously and to grow and learn alongside these amazing little people. :)

More detailed instructions on this project, here...
Posted by Clark Family at 6:43 AM