The Day He Brought Home The Truck 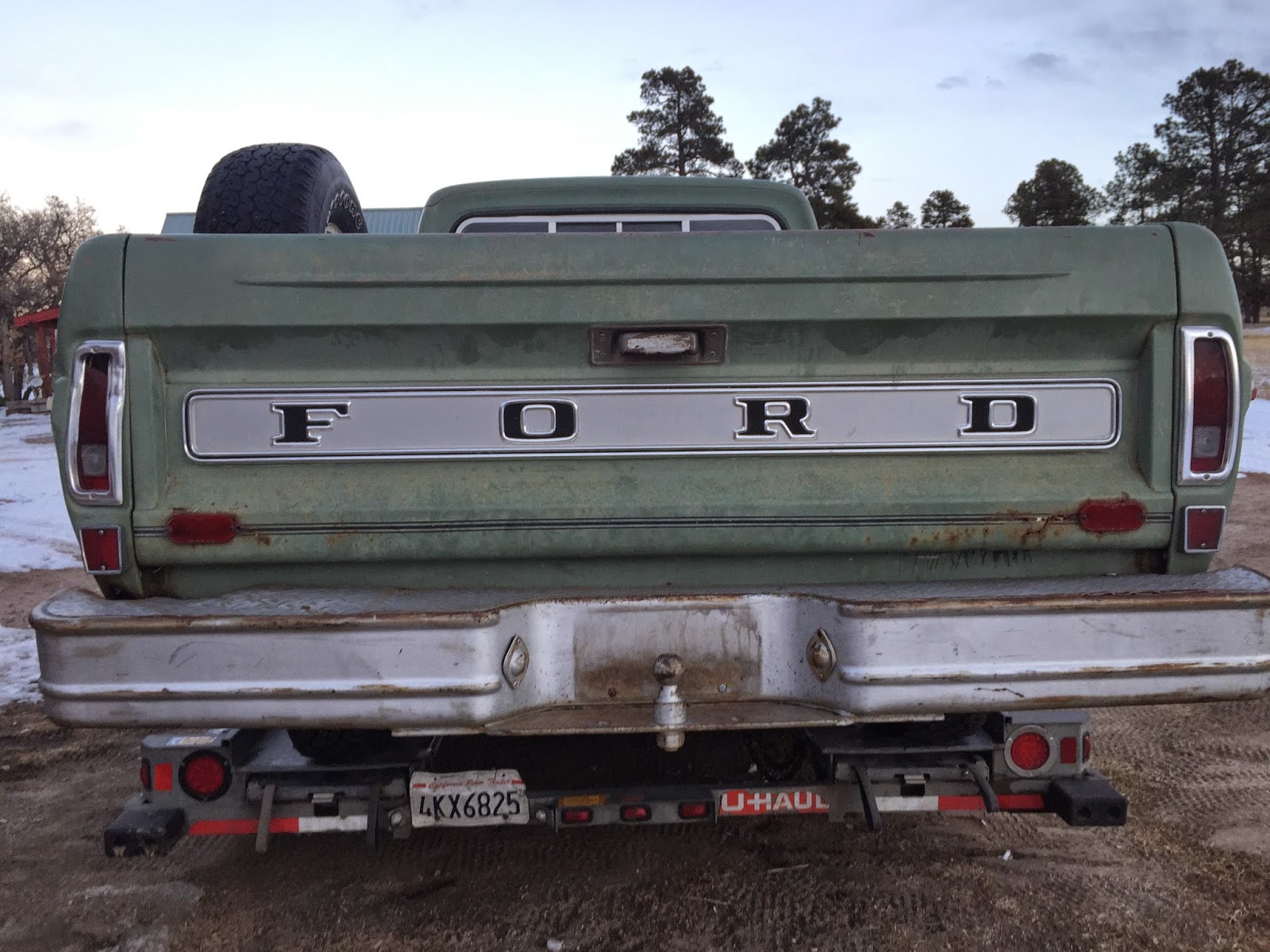 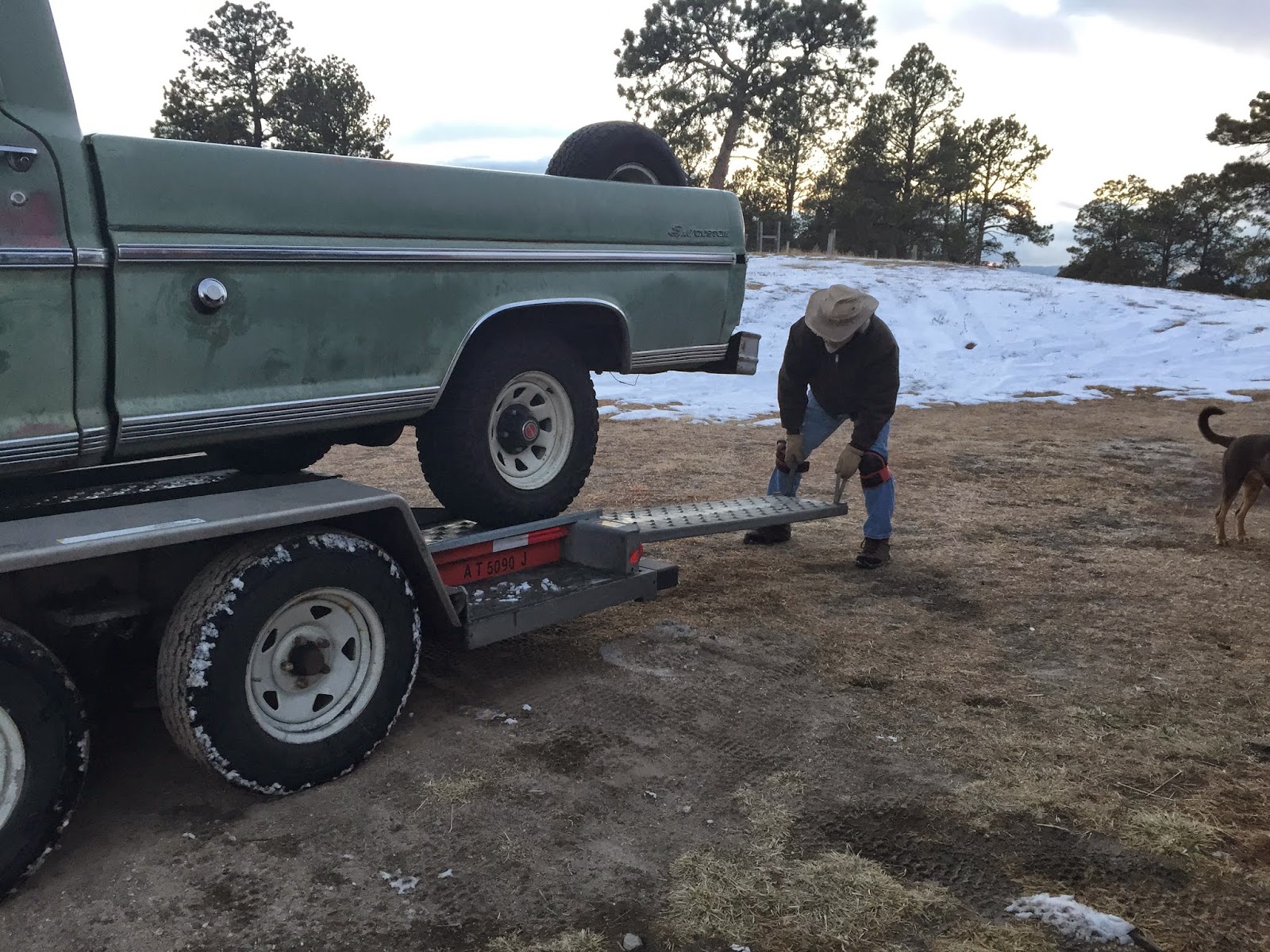 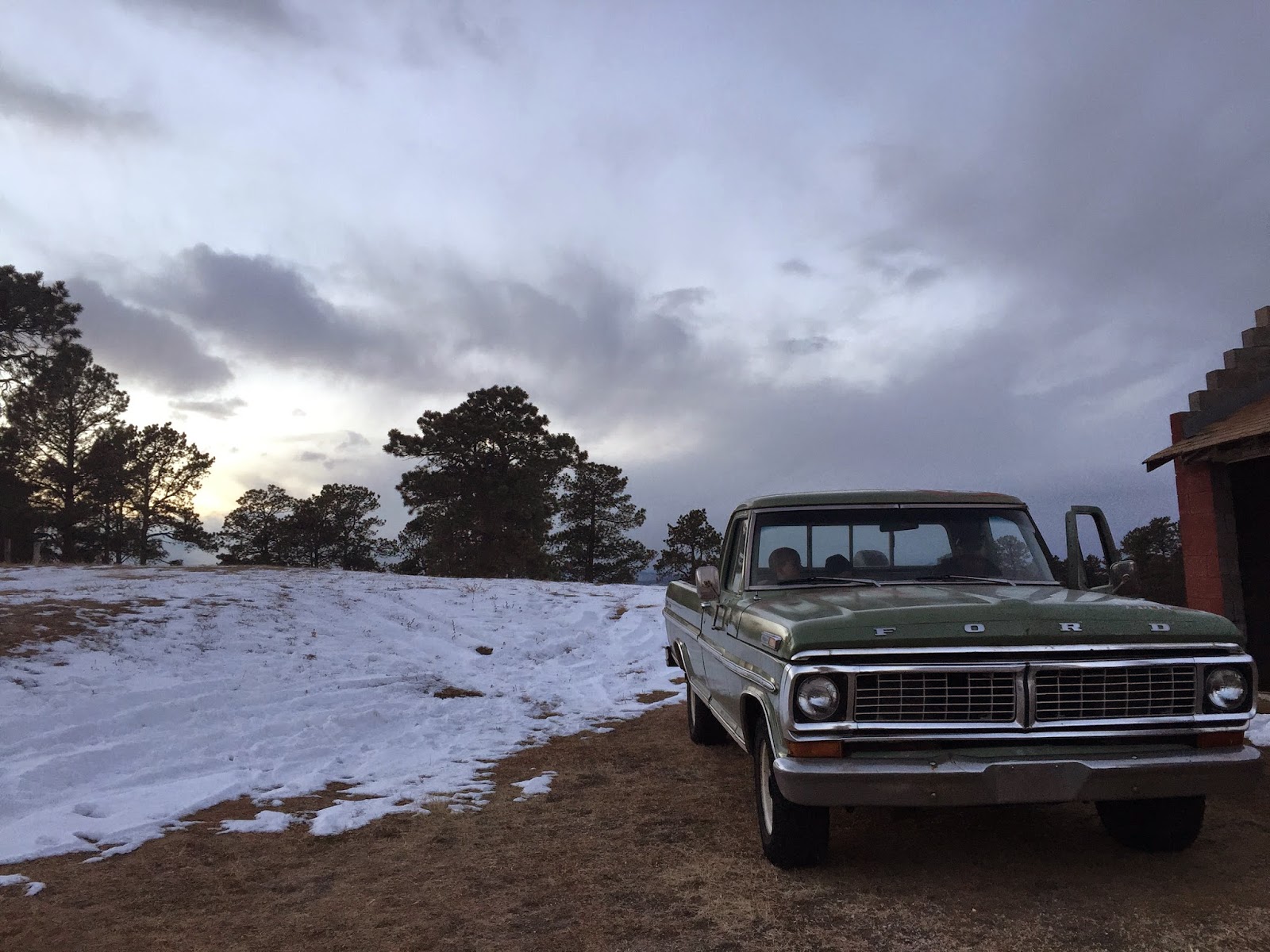 I think he''s been thinking about this day since that time he first held his boy in his arms.

Him and I we go back and forth in the quiet of our room early one morning in December.

He says he's found the perfect one on Craigslist.

It's green and a bit busted up.
It doesn't run.

I say we should save our pennies...

He says we should create memories with these treasures.

He describes the look that he's going to see on his boy's face... little does he know, he's describing his own face, there in our room, him trying to convince this Mama that our boys are gonna love it... every last minute of it...

All those hours they could spend together in the man cave carefully rebuilding her engine and bringing her back to her former glory.

If you had seen that little boy smile on my grown man's face, heard that happy chuckle in his voice, you would have said yes too.

And so a week before Christmas, the Cowboy pulls into the farm gates with boy-glory on the trailer that he's pulling behind him.

They're standing on the front porch CHEERING as their Papa drives up the long dirt driveway, past the barn.

He parks that old truck right in front of his two wide-eyed boys!

The younger brother hoots and hollers and jumps up and down.

The older brother has a more quiet joy that he wears on his face. He walks up to the truck and slowly slides his hand over the truck's bumps and curves. He has his own way of soaking life in.

My Dad comes racing across the farm fields on his rhino... It seems new-old  trucks, running or not, stir men's hearts. 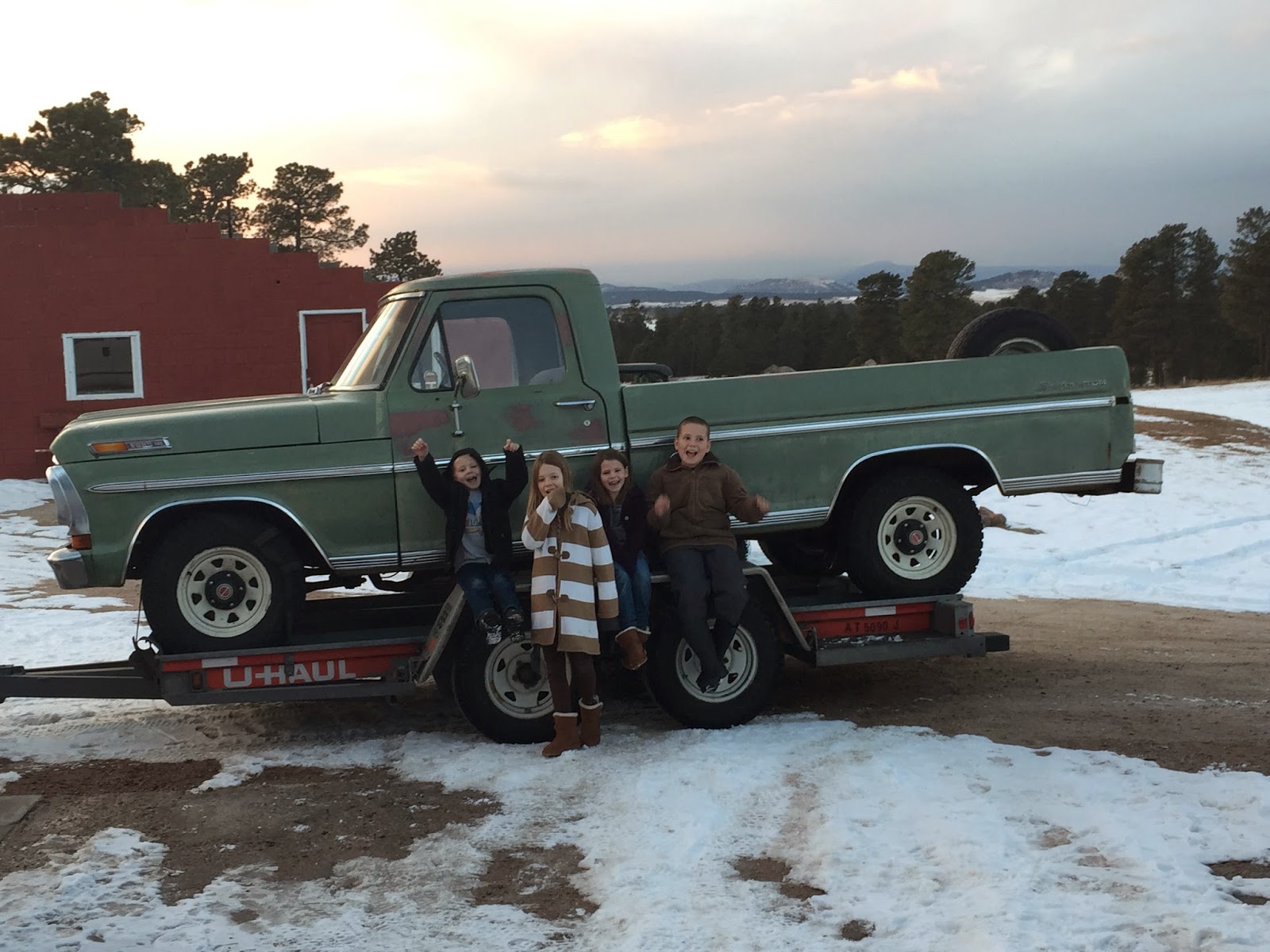 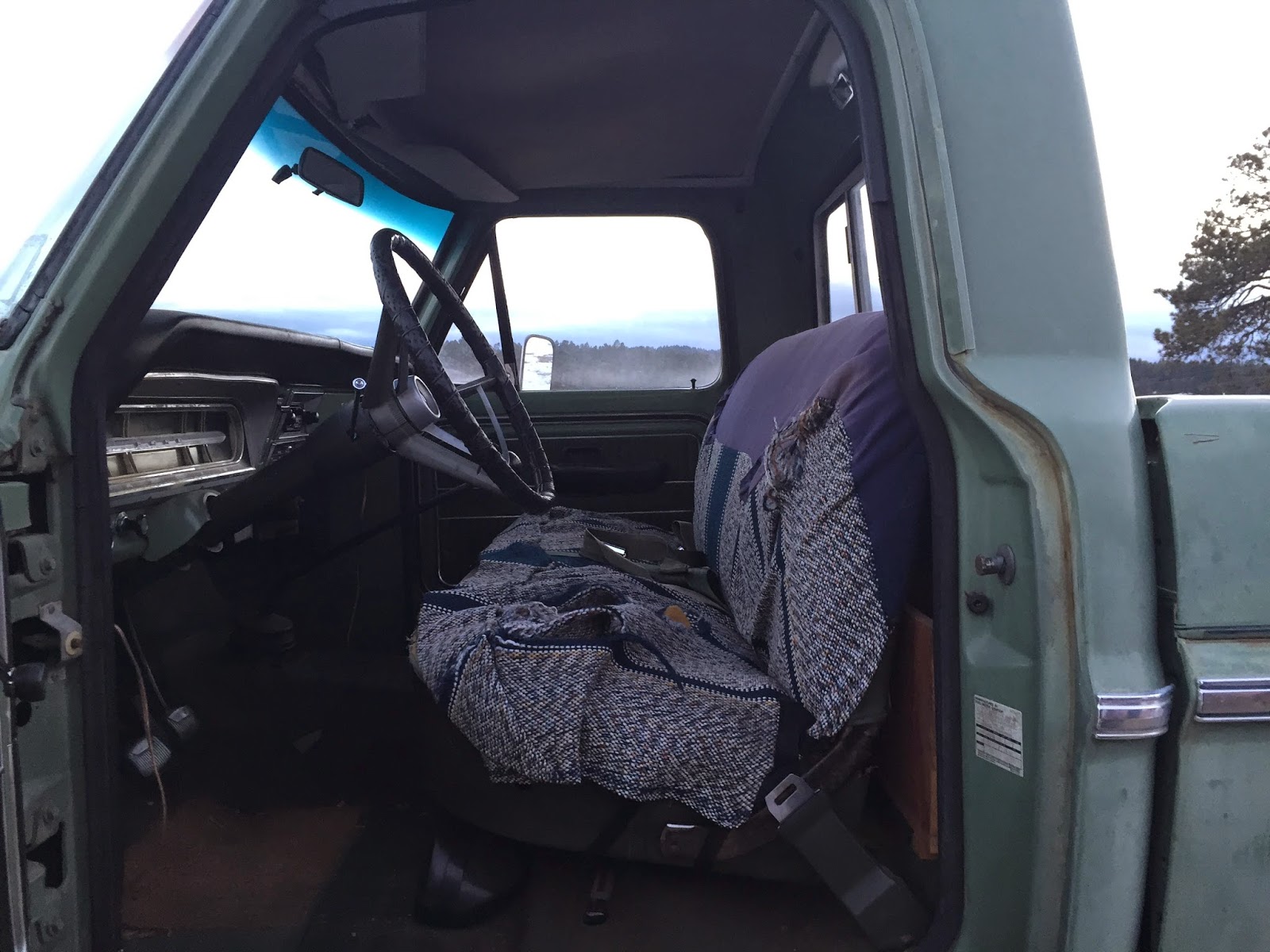 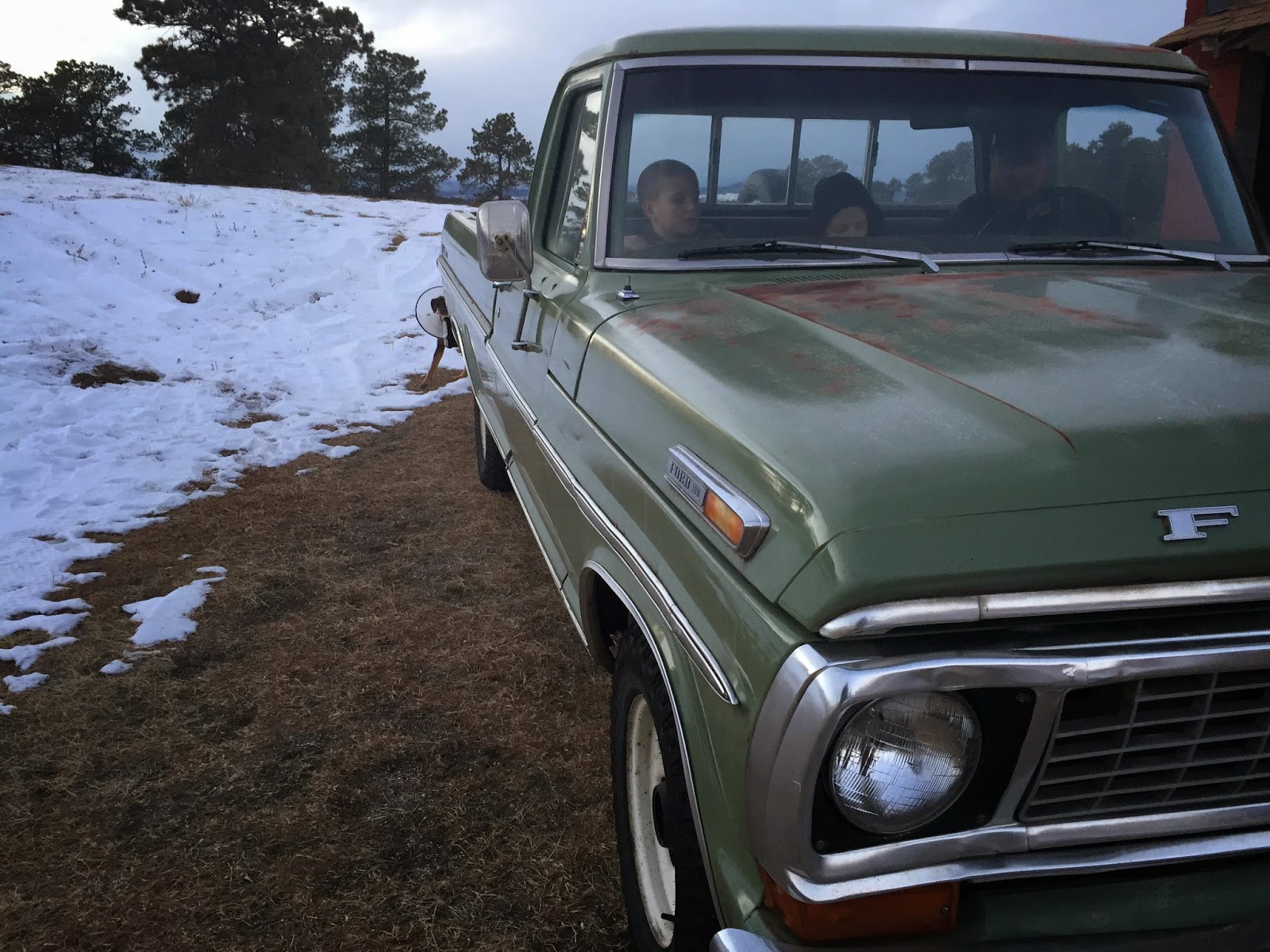 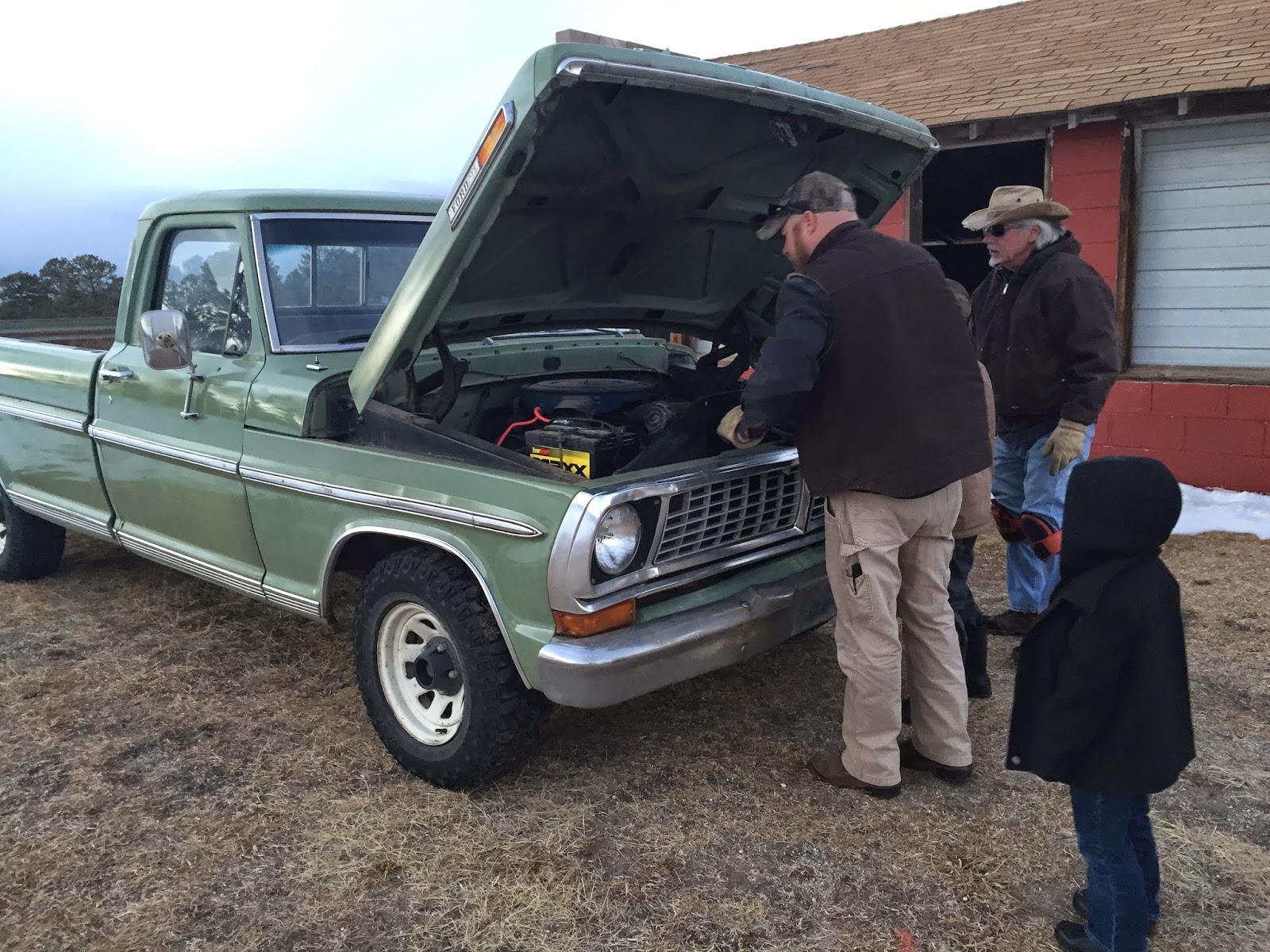 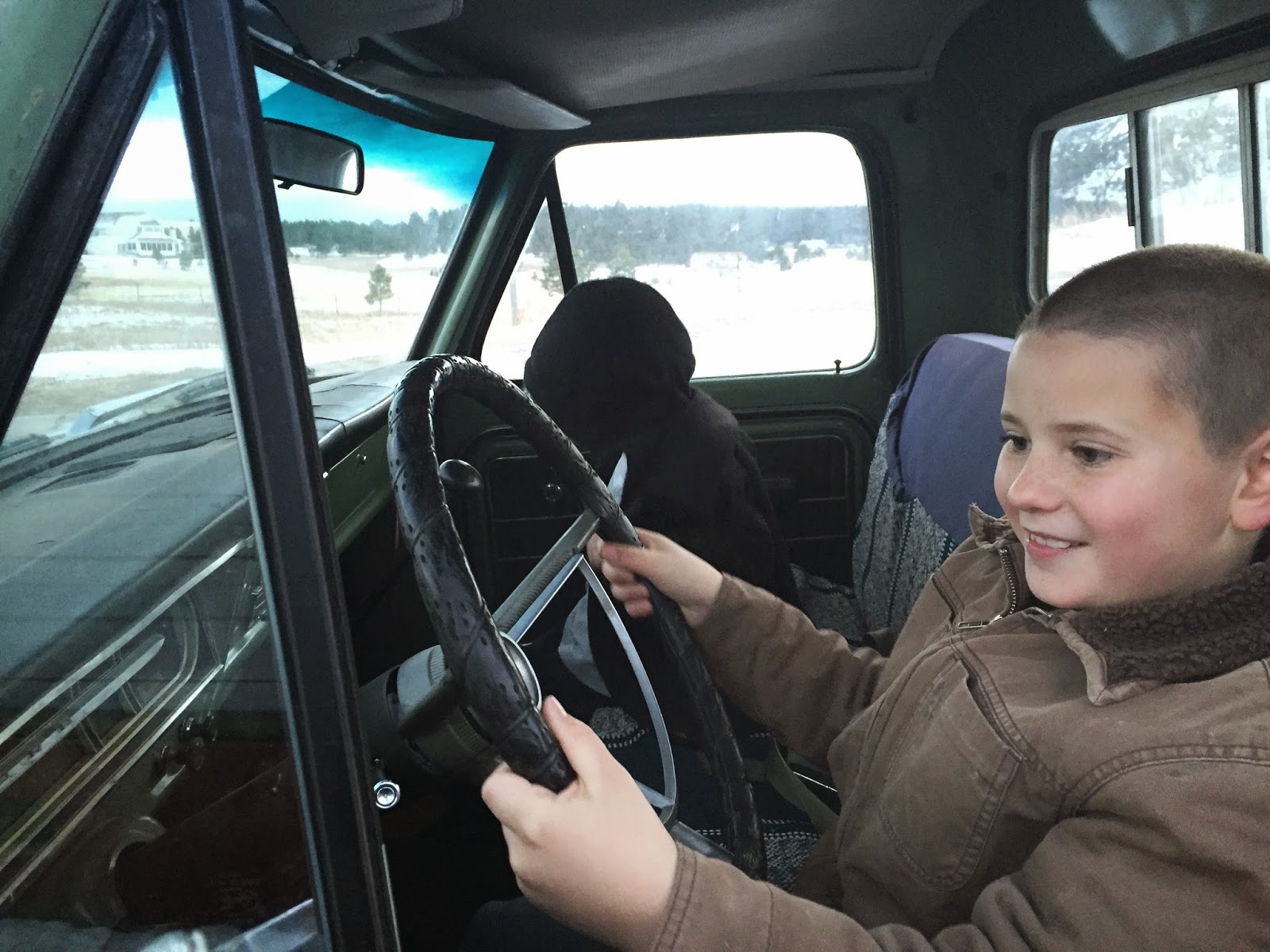 It's a Christmas I'm thinking all these boys might remember for forever.