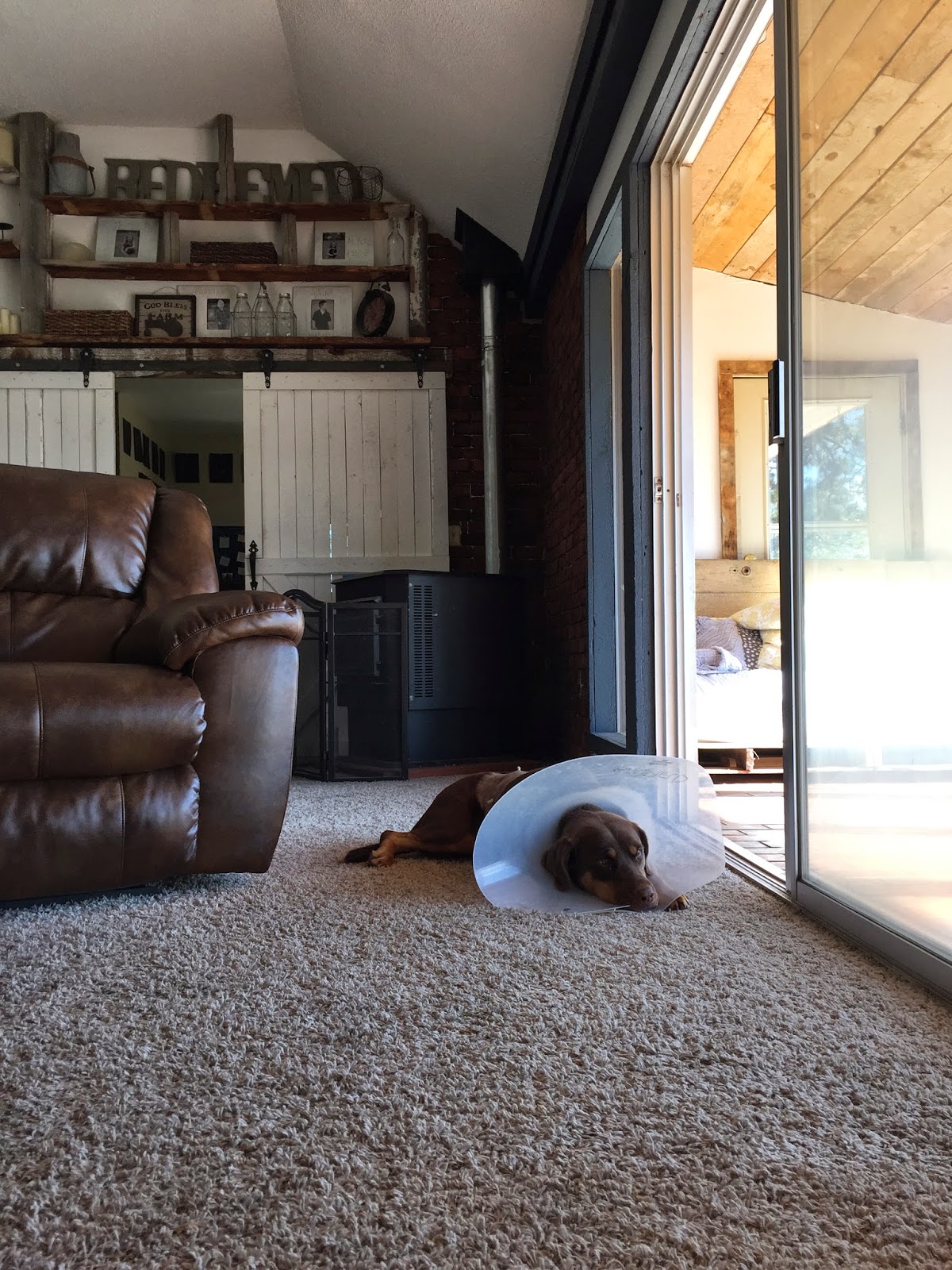 I'm in a season with a particular kiddo.

It's a season of convincing this kid in his pit, in the depths of himself, that he is capable, that he can truly do anything that he puts his mind to do. The Word says that nothing is impossible with God and that we can do all things through Christ who strengthens us.

And there is something about having children that has been forcing me to decide whether or not I really believe what I say I believe. It can be so easy as a Christian to quote popular scripture to my children and to myself. But the question is, am I going to live what it says?

This past weekend the Cowboy was out of town and our dog, Whiskey, got sick.

You know how I feel about dogs.

Vet visits are usually the Cowboy's job, but the dog was really sick and I couldn't wait until the Cowboy got home to take her. So I piled all the kids in the car, and the dog and headed to the vet. The room at the vet was the size of a pea and there were eight of us in it, {me, the kids, the nurse, and the doctor} and the dog.

When the doctor would ask question all four of the older kids would start to talk at once and the dog was mad that the doctor was touching her and the kids were panicking because they thought that the doctor was going to hurt their dog, and the baby was yelling a rather loud, consistent, monotone yell the ENTIRE time I was trying to talk with the doctor, and I was on the verge of tears because, well,  I DON"T DO DOGS!!!

Three hours later we left the vet with some medicine to hold Whiskey over until the next morning when she was going to have a little surgery to drain all the puss from the giant bump on her back.

I wanted to cry again but I didn't. Instead I looked right in my crying boy's eyes and told him, "We can do this!" To which he responded, "Not without Papa."

I almost believed him.

But The Cowboy was going to be gone for another three days so I knew I just had to BUCK UP and do what needed doing.

WE got the dog surgery. I've been wiping puss off his side every half hour for the past three days. She's getting better and better each day. 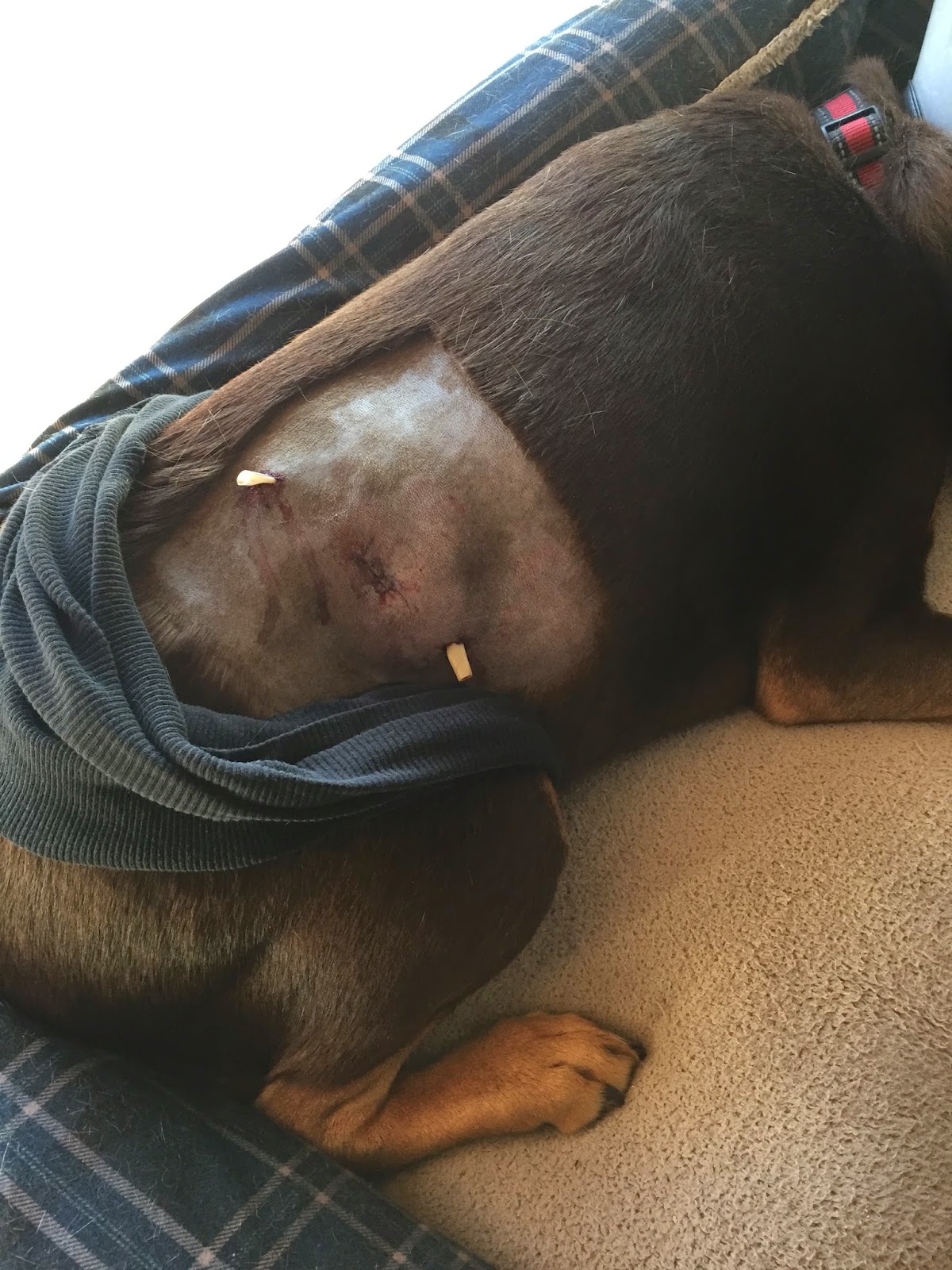 Whiskey is doing much better.

Around here we're learning to push through and do the things that we might not always love doing but need to be done none-the-less.