Meet Laney & Clyde; The Two Newest Kids On The Farm 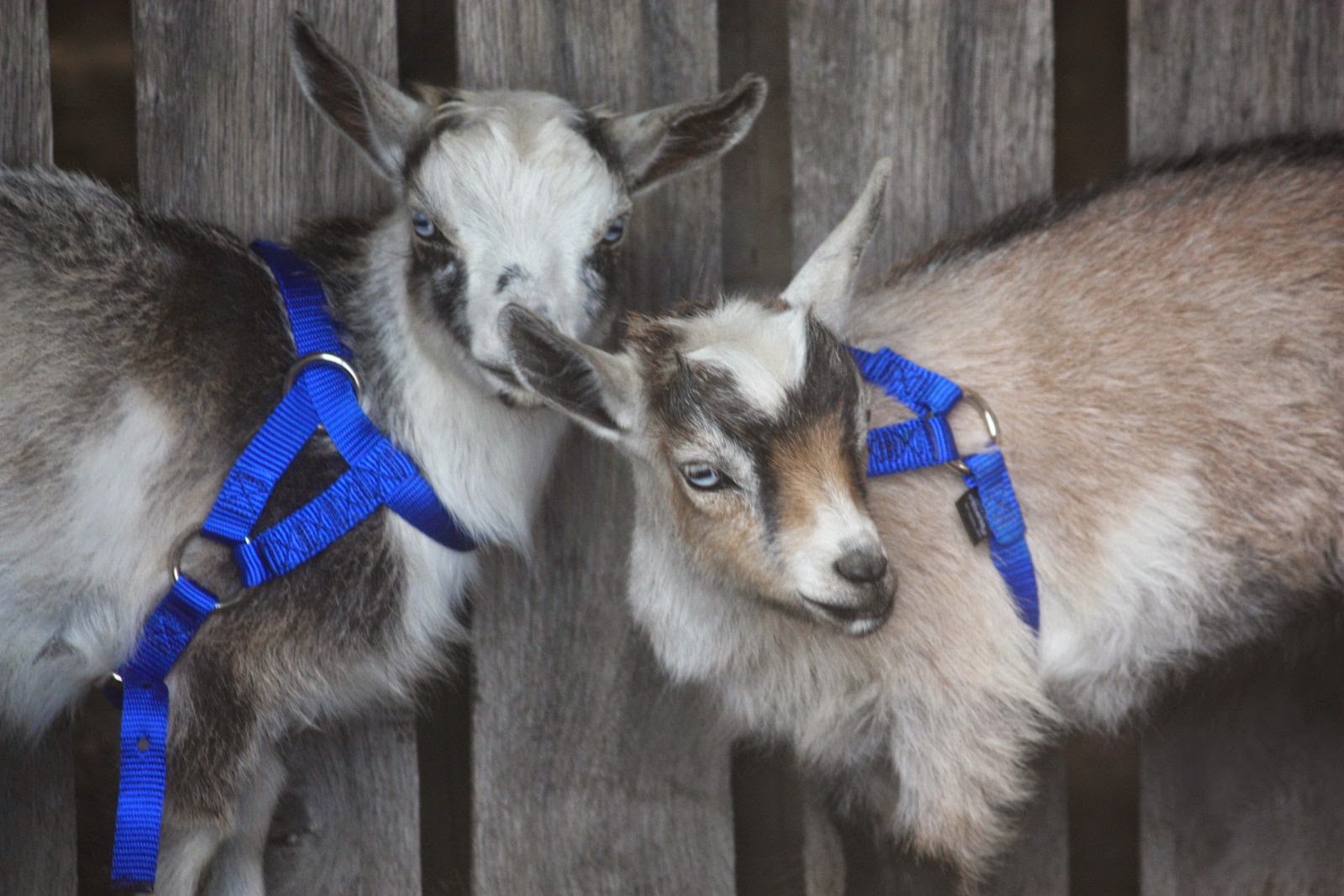 How do we always end up with crazy, loud, furry things running around the farm??
Surprisingly it happens without much thought.

On Memorial Day the Cowboy and I were sitting on the couch, he was drinking his coffee, I was drinking my tea when he said those crazy ten little words, "I think it's a good day for goats, don't you?"

I just smile and take another sip of my tea.

He's on his iphone doing something.
It turns out he's emailing this woman on craigslist who has four baby goats.

We load up the kids.

We head to the goat farm in the pouring rain.
It's raining so hard that everyone stays in the car except for the Cowboy.

The kids don't know quite what to think when their Papa puts a cardboard box in the back of the van with two wailing baby goats.

The Spunky girl's compassionate side comes out, "Oh, they're sad cuz they're never going to see their Mama again." Her eyes start to get a little watery.

She reaches into the box and strokes their coarse hair and it doesn't take long for her to find her giggles again... she's in love with the two newest kids on the farm.

And that, my friends, is how we ended up with goats on Memorial day. 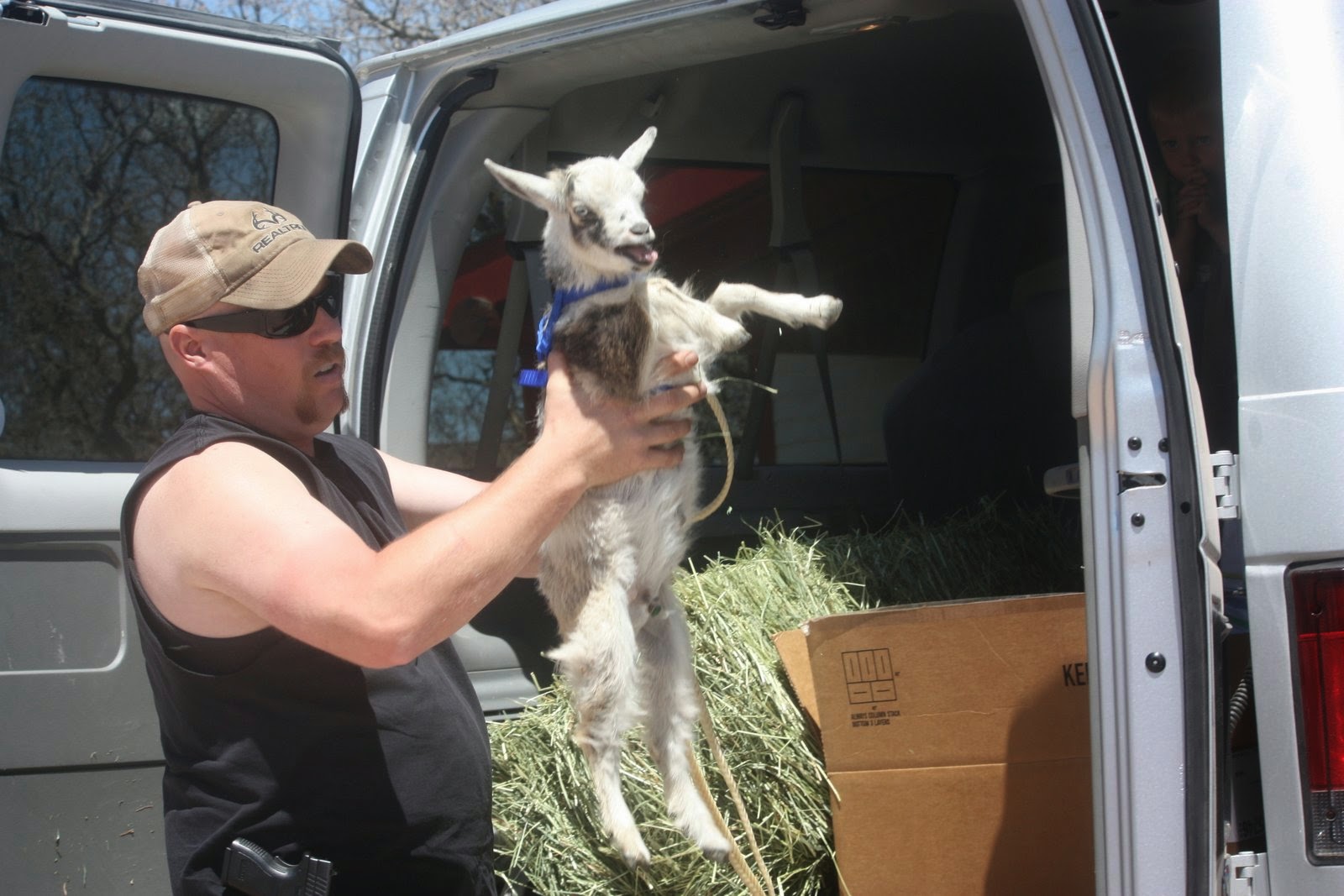 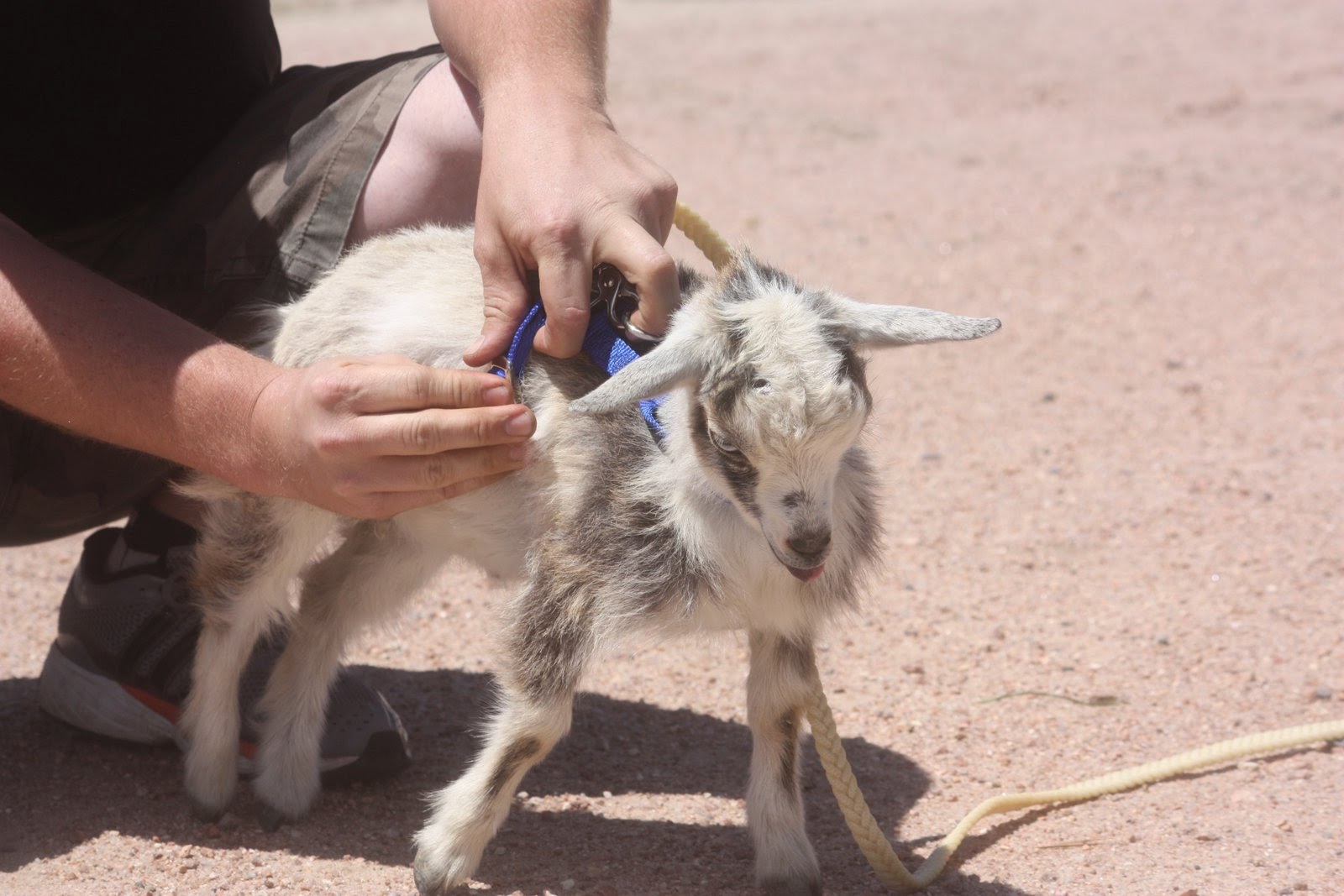 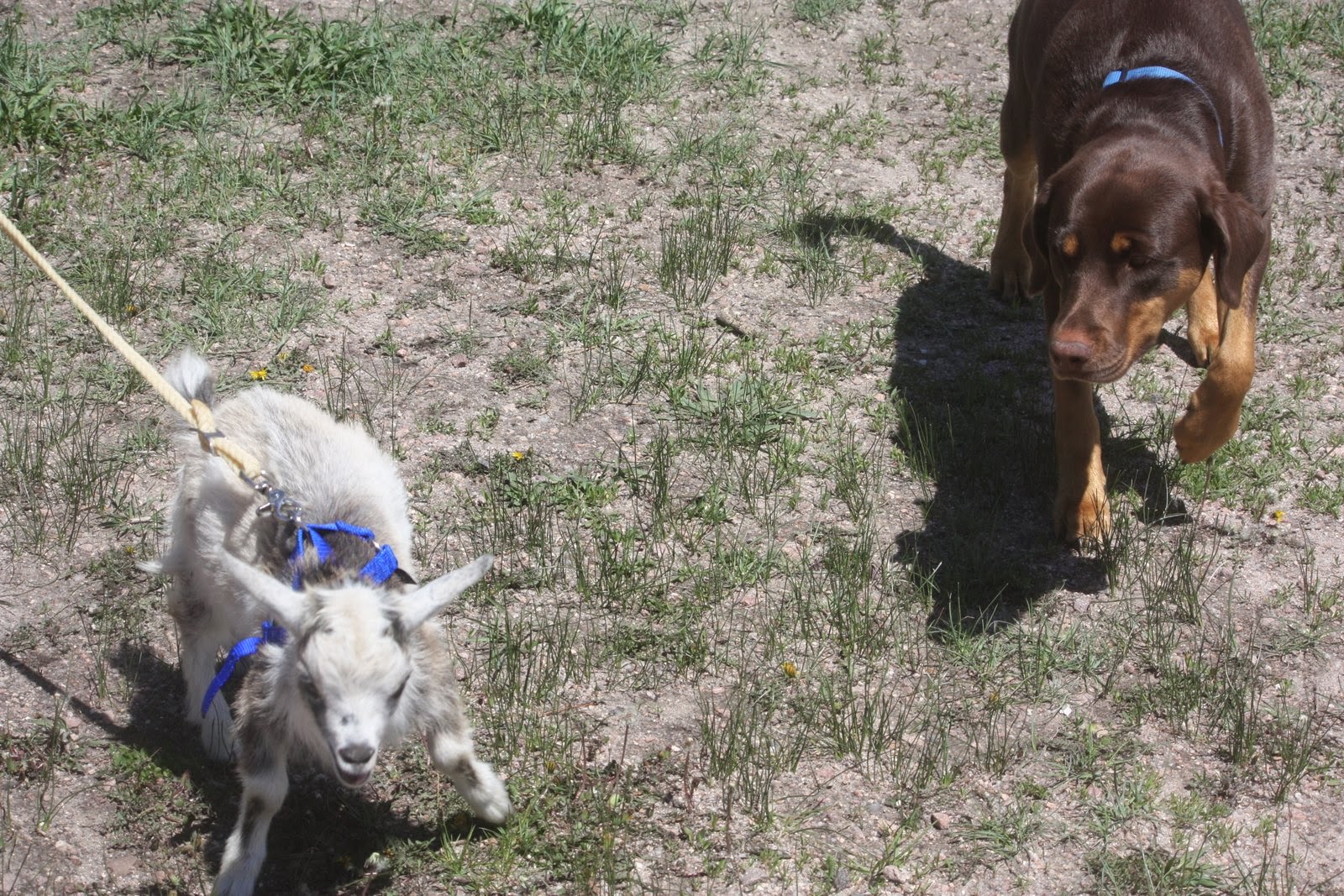 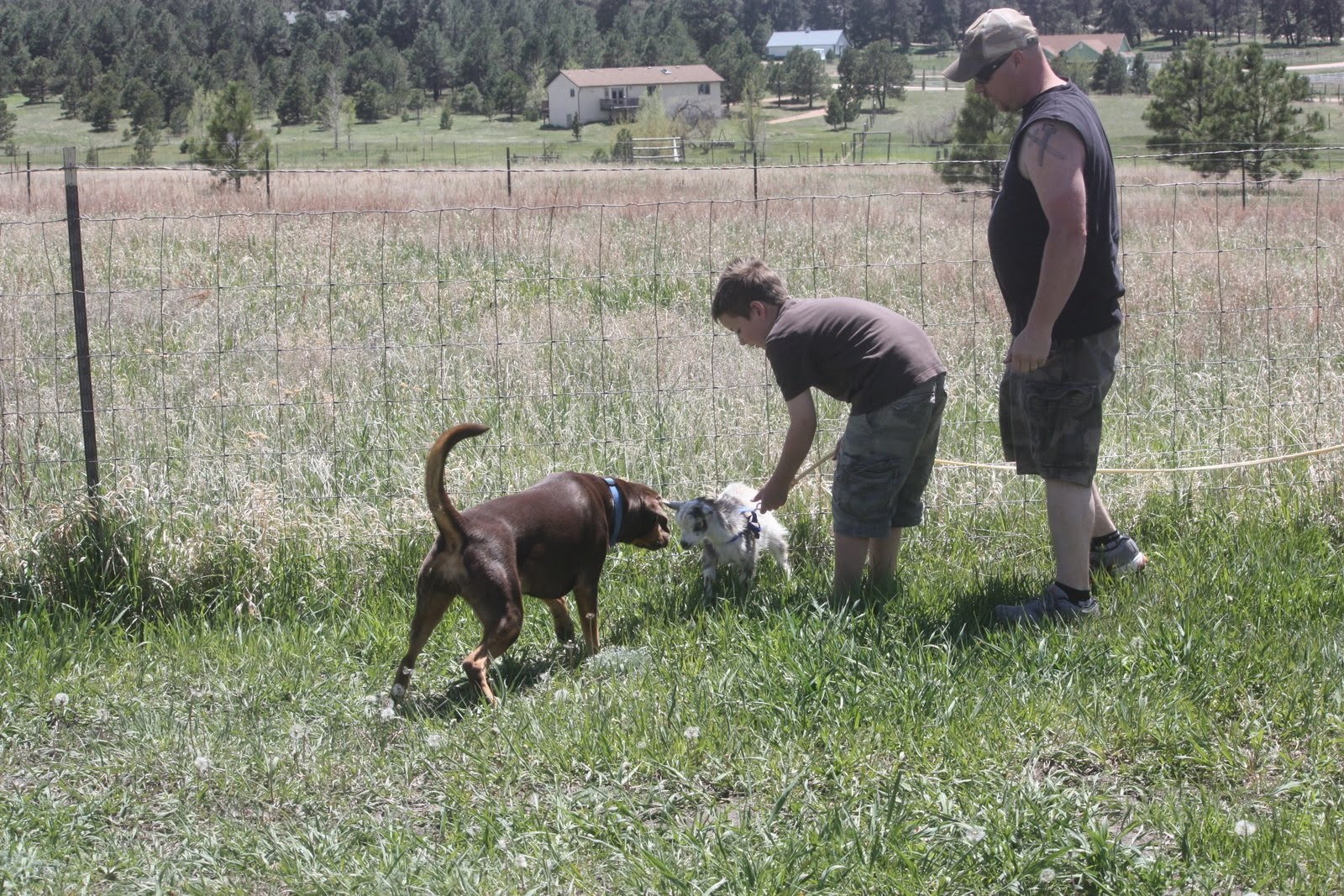 We tired to explain to the Spunky Girl that both goats are boy goats, but she insisted that one of them must be named Laney. We caved, cuz she's determined, and why not?

On our ride to the goat farm we try to come up with a second name. It doesn't come as easily as the first. I don't remember who said it, but Clyde stuck. So there ya have it.

Clyde is the one with the black stripe going down his back.

They aren't milking goats. The goat lady called them weathered... I googled it on the way to the goat farm and found out that that's simply a nice way of saying castrated... poor little goats.

What's the use of having non-milking goats??

They eat our grass.

And after the Cowboy spent nearly two days in a row mowing our farm fields, this Mama was delighted to bring in some reinforcement. 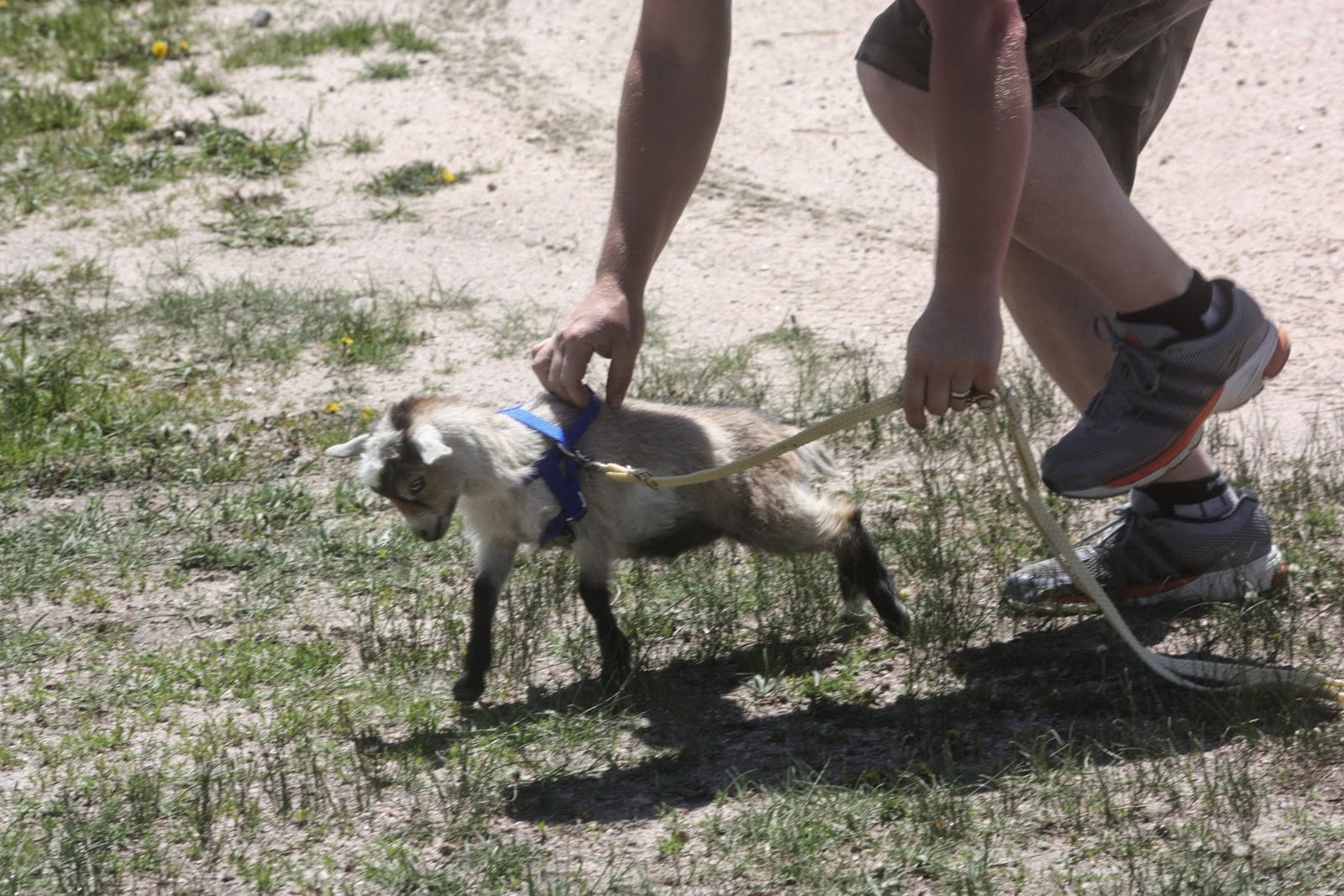 When we arrived back at the farm, the Cowboy and Siah found some old fencing in the stable and built our new little guys a nice little shelter in ten minutes flat. Have I ever mentioned that my Cowboy is the man! 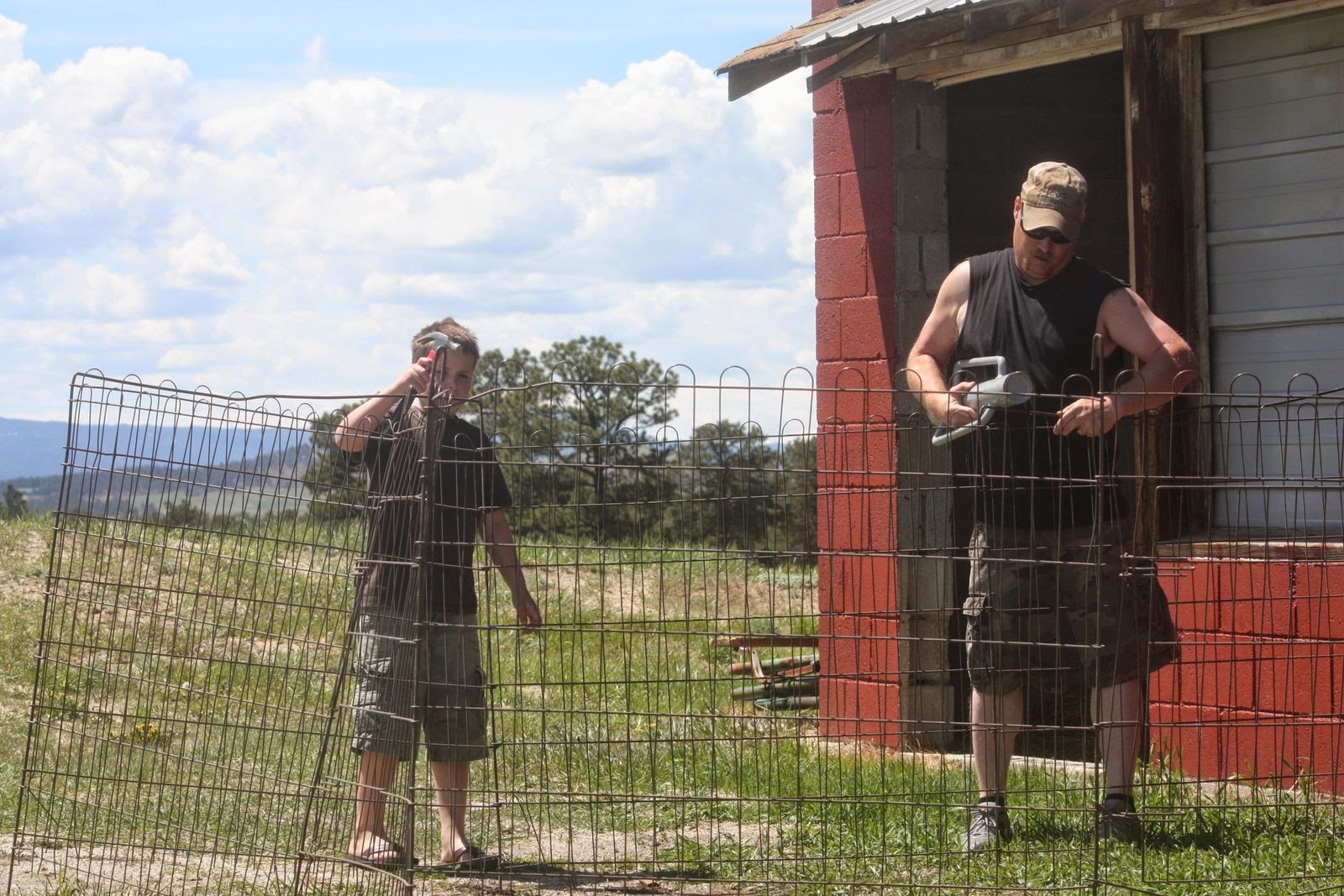 The Spunky Girl took a nap on the trailer while her Papa and brother did all the hard work... 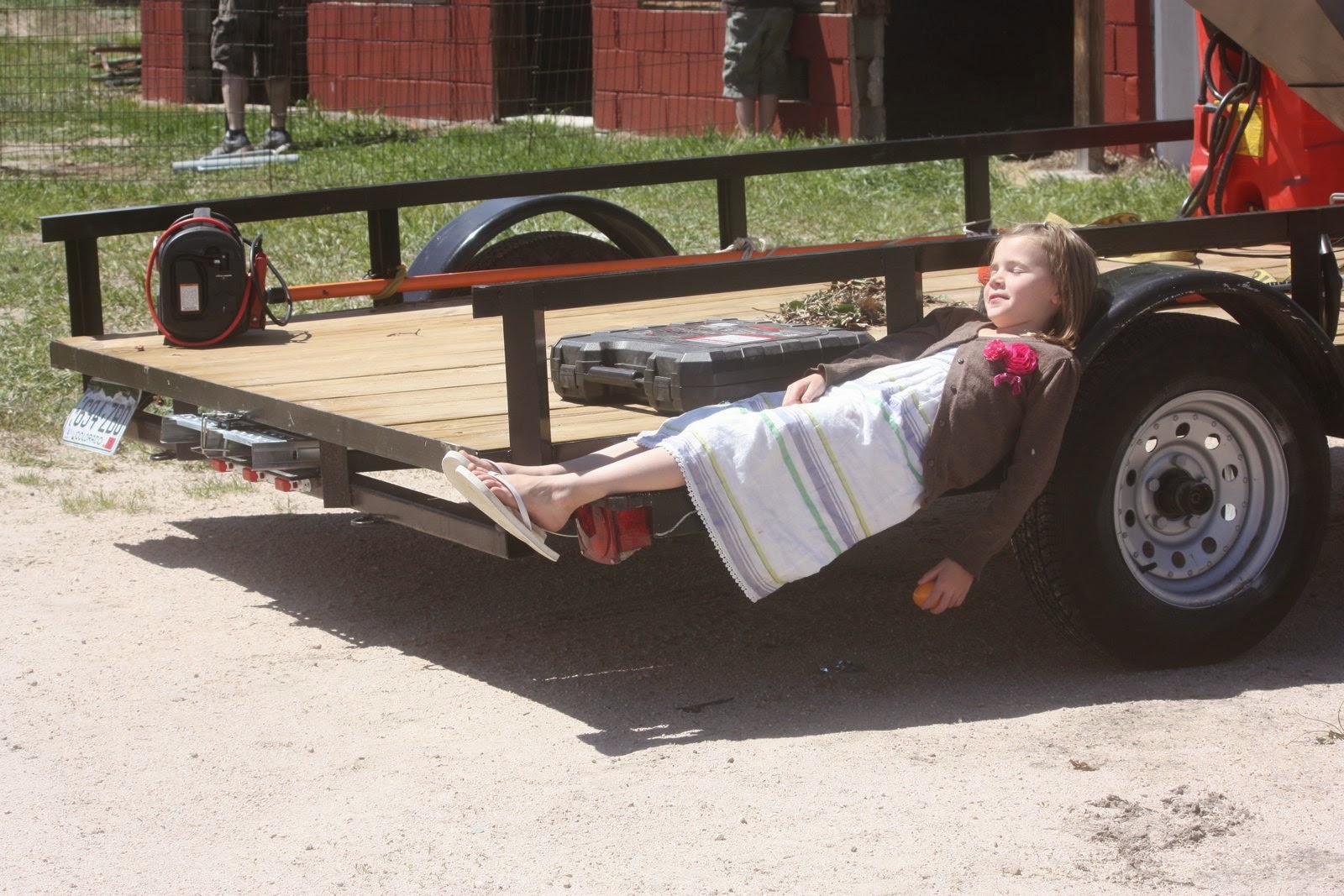 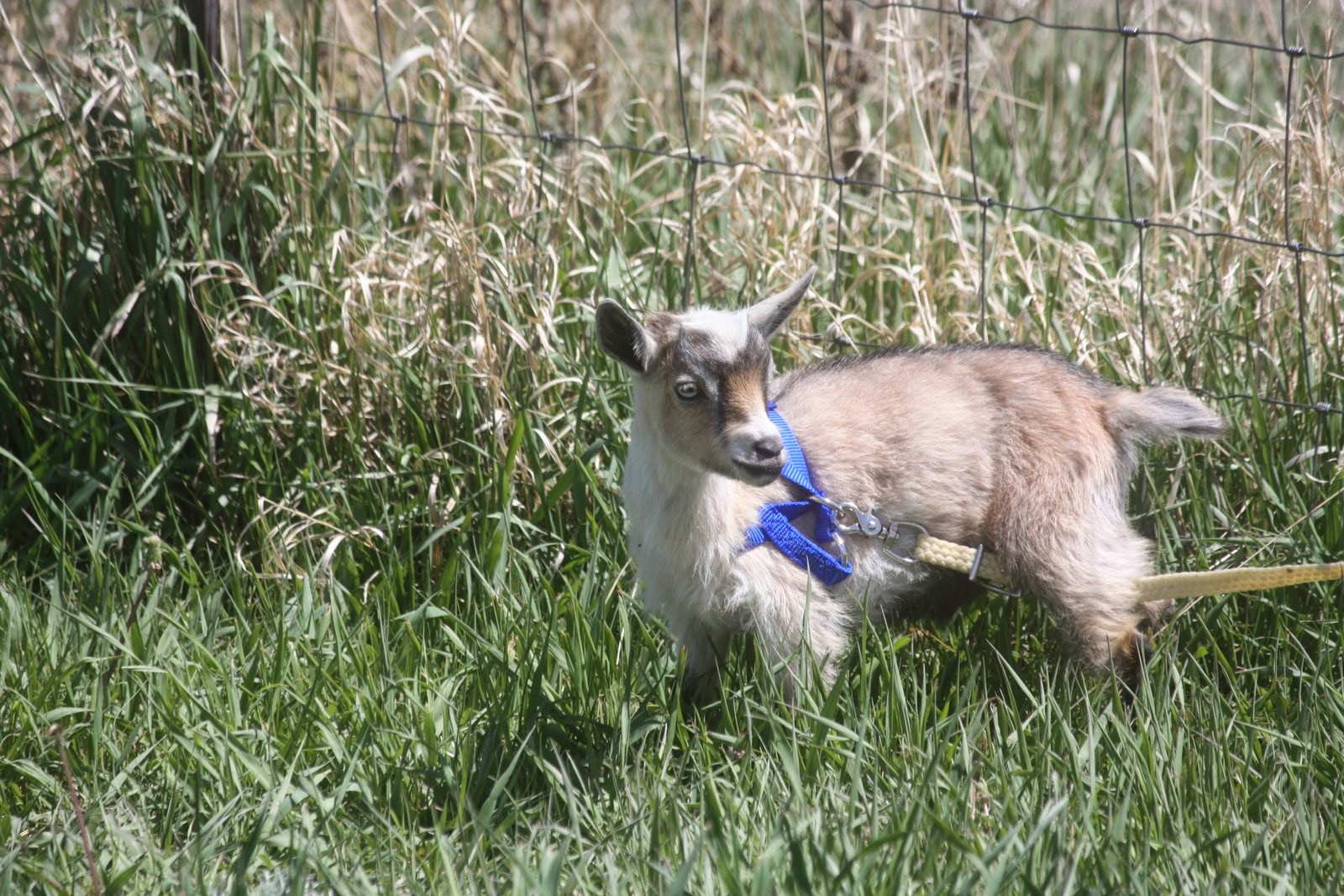 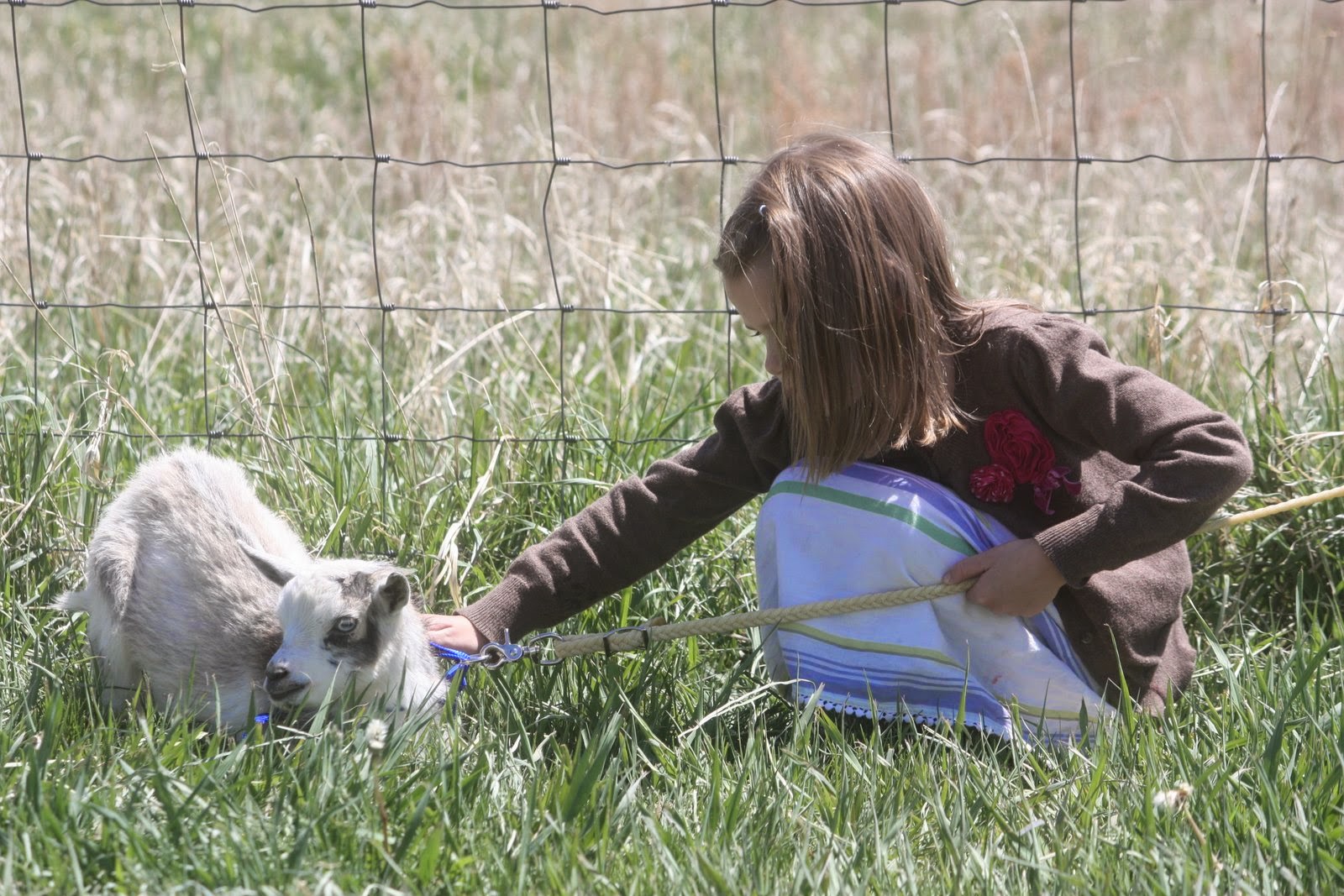 Scared to death of the dog... 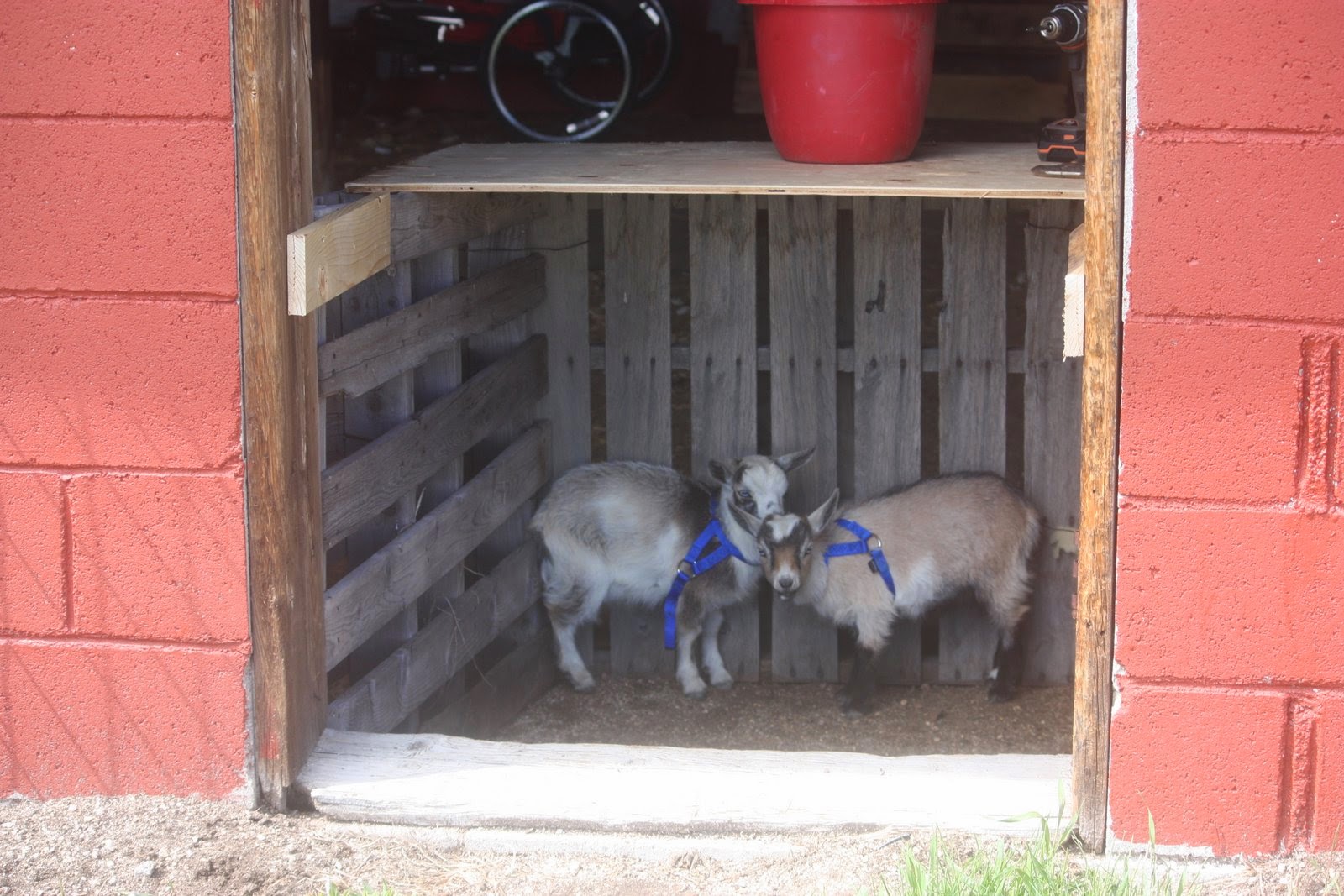 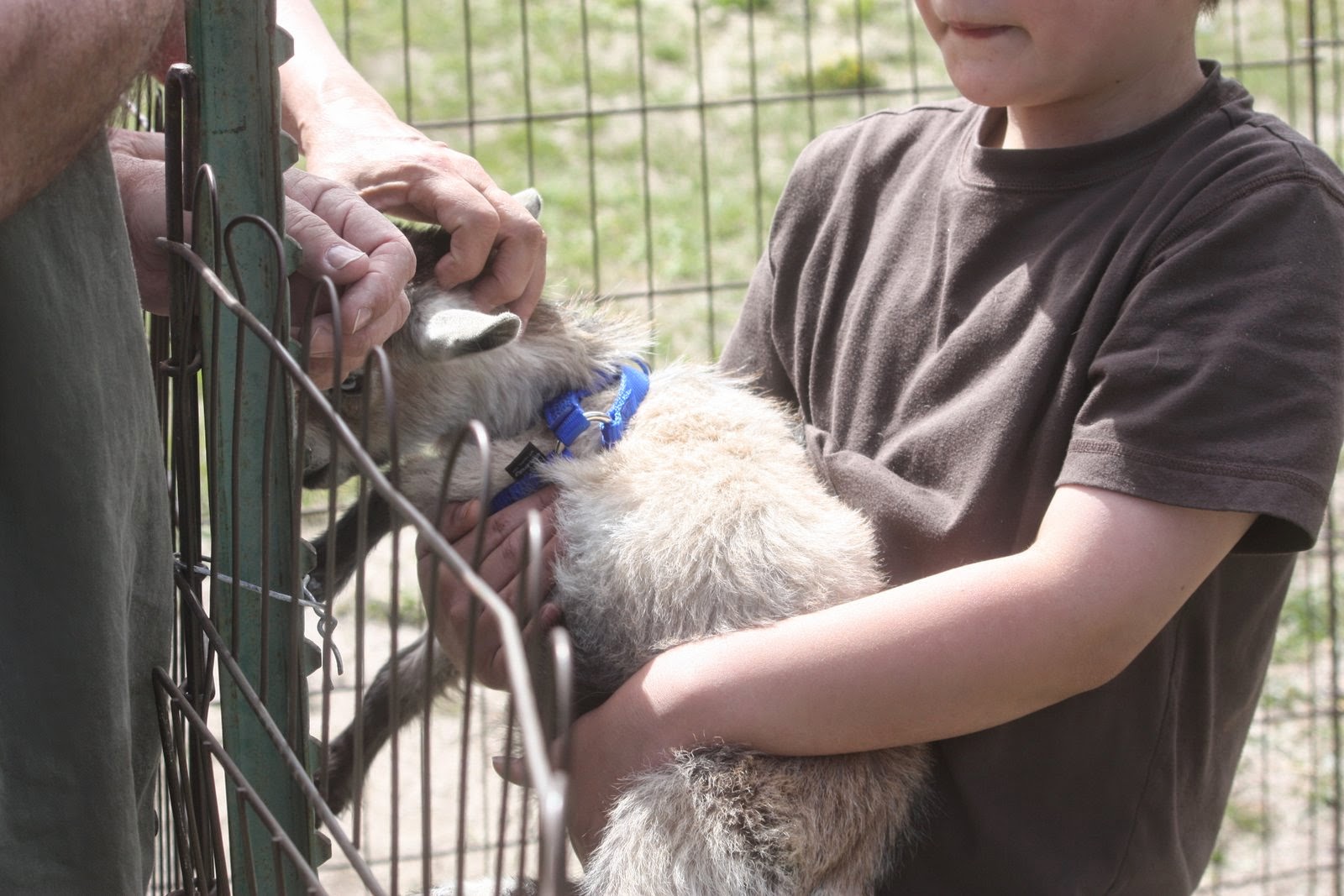 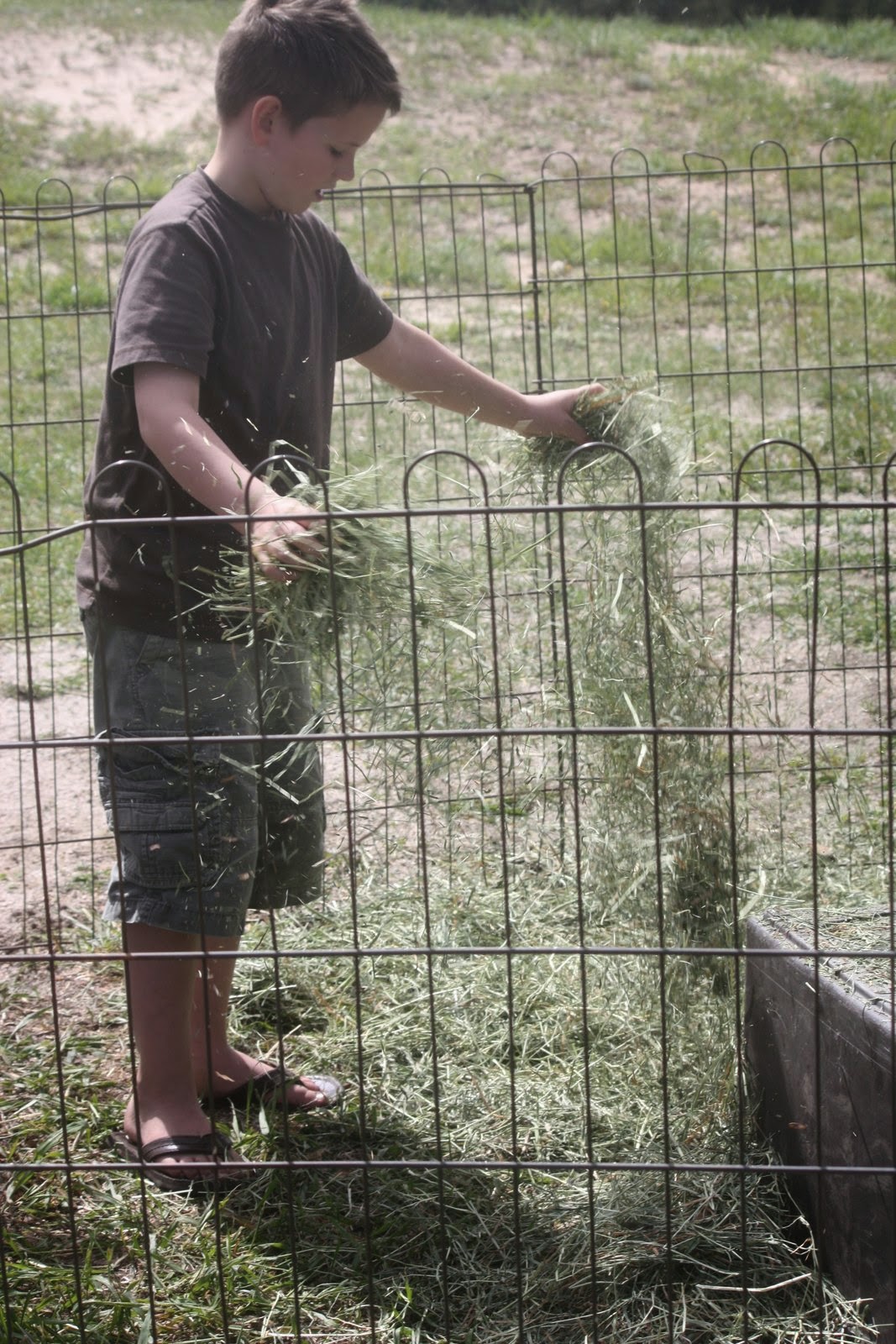 Last night the kids stayed up late and before the Spunky Girl could go to sleep she just had to go say good night to the goats... I think the newest kids on the farm are already well loved. :) 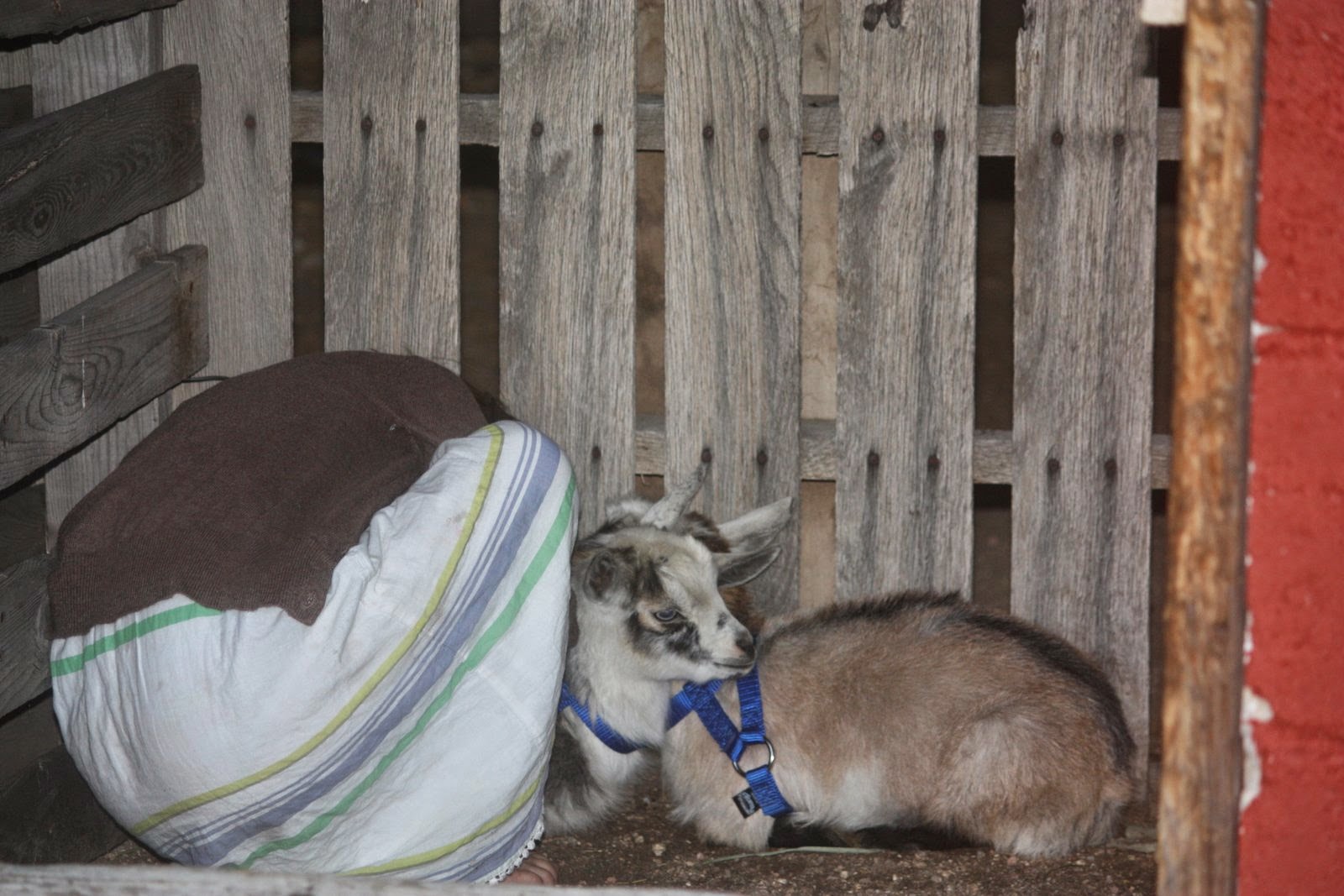