Our Final adventure of 2008

We all woke up sick this morning with colds, except for Joey... He uses a Neti Pot. every morning... He swears that his Neti Pot routine is the reason that he never gets sick... I totally believe him and I wish that I was as skilled with the Neti Pot as my Joey is... watch this video... What I can't figure out is how to get the salt water to come out the other side of my nose... It goes down my throat and I start gagging... Needless to say, The Neti Pot is a topic of "intense fellowship" in our home... Ok, enough about that... Moving onto our final adventure of 2008...


A few days ago we were blessed with some free Sea World passes that had to be used by today... So, runny noses and all, we piled the whole family into the car and headed down there... 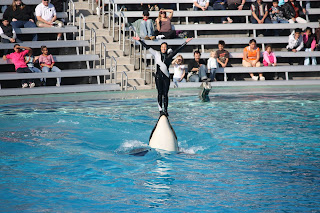 I was so excited about the Shamu show!!! It's the only thing that I wanted to make sure that we did while we were at the park... And it was 50 x's better than I remembered it to be... there was even a point in the show that I got all teary eyed!!! The part where they bring out a kid who has always wanted to meet Shamu... I don't know why it was so emotional (in a good way) for me... maybe it was the inspirational music that was playing in the background... or maybe it was my kids sitting next to me cheering for Shamu as he jumped so high out of the water... 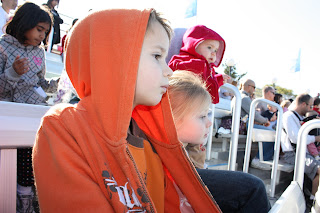 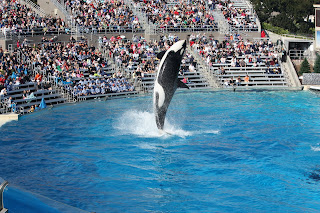 CHECK THIS OUT!!! I got so excited every time Shamu did a trick... it was as if I had never seen the show before (even though I had seen them many times growing up!) 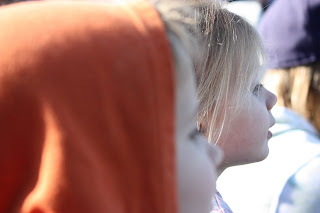 Joey took this picture of the kids with our new camera and I just liked it... 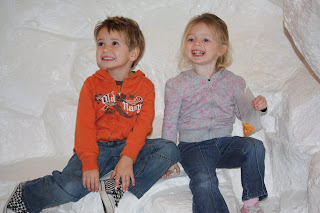 The kids were sitting on "ice" in the arctic place where the polar bears and penguins were... It's not really ice, just in case you were wondering :)